One of the things that I have always wondered about while reading YA fantasy is why writing about the happier, glossier aspects of being a cisgendered teenaged girl should exclude the unglamorous aspects. After all, when you’re busy running from Bad Guys or fighting a battle for the Forces of Good, you wouldn’t have the time to have your upper-lip threaded, or shave your pits, or spray treatment on that one swollen ear piercing. But mostly, I want to know how characters manage menstruation. When Hermione went camping with Harry and Ron, did she just take a potion to skip periods altogether? Was the potion as conspicuous as going to the bathroom with your bag? Or did she just slip tampons into her boots? I think these questions ought to tell you a couple of things: one, if I thought about these things as a teenager and continued thinking about them as an adult, you can bet that I’m not the only one contemplating this issue, and two, this whole post may be a bit too much for the squeamish reader– proceed at your own peril.

When I was a teenager, periods were a thing of terror. It meant bleeding copiously, sometimes involving blood clots, having weak knees all the time, often feeling cold and feverish, all the while experiencing the kind of pain that no position could ease and no regular medicine could stop. I have had to walk out of exams, spend the rare free days in bed, and bail on social events. Basically, come hell or high water, if I had my period the rest of my life was on pause. It didn’t make sense to me that not even a single character I read did not feel the same way. I understand that it’s hard to take a break from heroics but surely it was an opportunity to show how different being the Chosen One would be for a girl? Or, indeed, have it be an opportunity to talk— within a fantasy setting— about how some people who identify as female don’t menstruate, or how some people who menstruate do not identify as female. 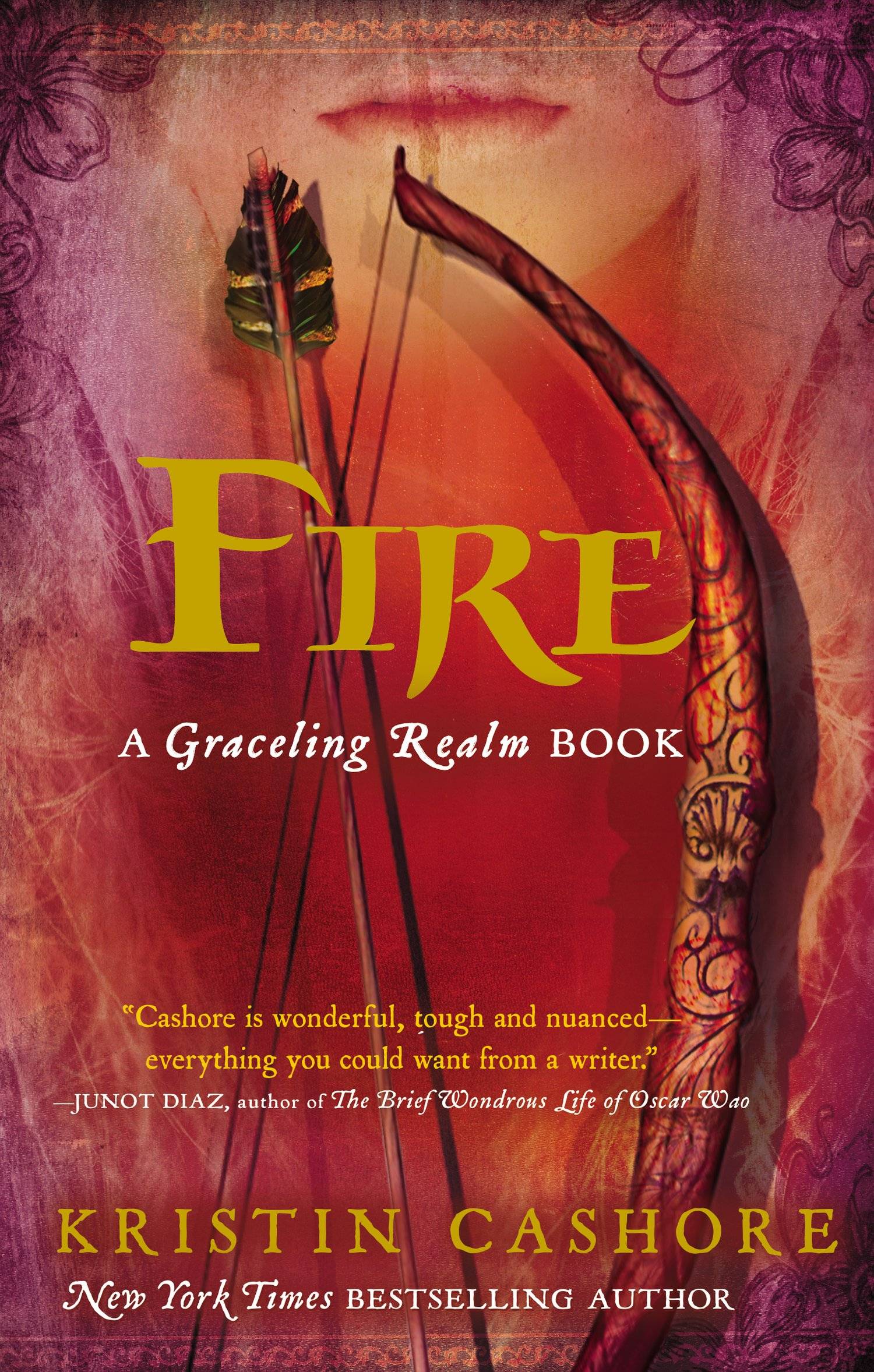 Worst of all, no one else I knew back then (real or fictional) experienced the kind of pain I did— or at least, they never talked about it to me. It made me wonder if I was going crazy, or worse, if I was just being a wimp. I say this is worse because at times I rather suspected that my family also thought I was weak and maybe even a dramatic liar. And the next month, the whole degrading experience started all over again. It made me feel less than human, something more deserving of that pain. Which is why Fire by Kristen Cashore was such a revelatory experience. Lady Fire is half human and half monster. This combination makes her outward appearance particularly alluring to humans, while her blood draws out monsters. There is something to be said about the fact that the humans around her are so attracted to her beauty while simultaneously being repulsed by it. It parallels the way people are all for representing female characters (almost exclusively cisgendered ones), only so long as they don’t make readers uncomfortable. I guess bleeding out of your vagina isn’t sexy, can never be nice, and therefore is not worth talking about? 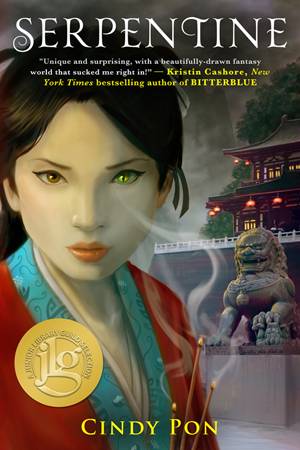 The most recent YA fantasy book to mention menstruation is Cindy Pon’s incredible Serpentine. It is interesting that once more, it is a monster/girl story that allows for the discussion of the gorier aspects of owning a vagina. In a way, Serpentine directly addresses my feelings as a teenager who dreaded her period. The world may want to stick to the extremes of either ignoring or shaming this bodily cycle, but neither reaction makes it go away. Instead, Pon draws attention to the nuances of periods, what it means biologically as well as socially. It may make one feel monstrous, or even be seen by others as monstrous, but it in no way negates one’s humanity or one’s right to be treated as a person. Obviously, I don’t mean that every book should mention this, nor do I mean that all books should focus on menstruation as a key plot point; it just feels remiss of so many YA fantasy writers to ignore exploring such a common part of so many people’s lives. Thanks to Elizabeth Burns’ post here, I have at least two more recent(ish) fantasy novels that deal with this: Finnikin of the Rock by Melina Marchetta and Alanna by Tamora Pierce. If you, brave readers who have gotten to the end of my post, have any recommendations please leave them in the comments!

Sign up for What's Up In YA? to receive all things young adult literature.
Thank you for signing up! Keep an eye on your inbox.
By signing up you agree to our Terms of Service
#Young Adult Literature#Cindy Pon#Fantasy#Fire#Kristen Cashore#menstruation#periods#Serpentine#YA lit