There are many draws to reading in general and not just romance novels. It’s a great escape, for one. A nice distraction. We get to read about things we could only dream of – exotic locations, magical beings, etc. But sometimes we read as a reflection of our environment. While it’s great to be absorbed by the fantastic, there’s still a certain level of realism involved as characters tackle situations or emotions that are universal to readers, things to which we can relate.

I can read my fill of vampires and dukes and everything in between, but I still want the characters to feel genuine. However, take a look at any romance cover and it’s a lot of gorgeous, Pantene hair and abs so muscled you could wash your laundry on ‘em. There’s nothing wrong with wanting to read about two attractive people falling in love, but not everyone has amazing bone structure or rippling pecs.

Appeal: There’s a certain level of empathy to characters who aren’t flawless. In fact, in any book, I expect antagonists to have faults because, as the saying goes, no one is perfect. I have yet to meet a perfect person. Not in an emotional sense and certainly not in a physical sense. I’m definitely not leggy, by any stretch of the imagination. My hair does not fall in soft waves down to my waist. The men I’ve dated aren’t 6’5”, though I’m not going to discredit how they’d look in a tight shirt or even a pair of breeches.

Physical perfection, save for in the media, isn’t the majority, which is why it’s refreshing to see more common body types, heights, weights, etc. represented in books, especially in romances.

Pitfalls: It’s tricky to talk about weight and physical appearance. Even the most attractive of people still have insecurities. Integrating those traits can be a sensitive thing to achieve, more so if they’re integral to the plot. There are several romances where weight loss is important to the heroine. I won’t name names, but in one contemporary romance, the hero’s treatment of the heroine pre-weight loss was too awful for him to be redeemed for me by the end of the book.

Additionally, a person’s weight isn’t all there is to them as a person. So while it’s fine to use that as a physical characteristic and plot motivation, that can’t be all there is to a character or the driving force of falling in love.

While there are many romances out there with characters who aren’t perfect tens, for this specific list of recommendations, I’m going to focus on heroes and heroines who aren’t the typical look and size we associate with models. I’d love to do future Romance 101s tackling other physical beauty standards, so definitely send a tweet or two my way if you have ideas, or are looking for something specific. 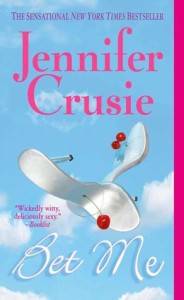 Jennifer Crusie is the queen of fluffy contemporaries. They just make you feel all warm and fuzzy, and her heroines are just so…normal. They remind me a lot of people I’ve known, which to me is always a good sign that an author has created a realistic character. I would honestly recommend anything by her if you want a romance that’s more sweet and less steamy. The characters in Bet Me also have a love of food, specifically chicken marsala and Krispy Kreme donuts, so don’t read on an empty stomach. 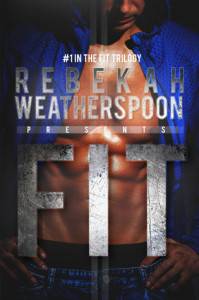 If you haven’t read Rebekah Weatherspoon, I highly recommend that you rectify that problem. Most of her books fall into the erotica category with some BDSM elements, so it’s definitely on the risqué side. The heroine in Fit works for a food network and naturally, during her time there, she’s gained some weight. I have a friend who works for a cookbook publisher and the photos she posts on Facebook are enough to cause me to gain an extra pound. In order to help with her weight, the heroine gets herself a trainer, though his methods are a little unconventional. 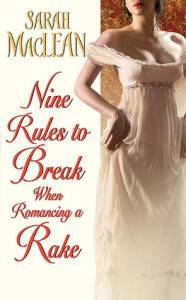 Nine Rules to Break When Romancing a Rake by Sarah MacLean

What’s a list without a historical romance with a spinster? If you haven’t tried Sarah MacLean before (I believe she was featured in a previous Book Riot Quarterly Box), this is a good place to start. The heroine is often described as being rather plain and a little curvier than most of her peers in the Ton. The heroine is also an older sister, meaning she’s constantly compared to her younger sibling – a sibling about to be married to a duke no less. I may have gotten a little misty-eyed over this romance and how the heroine finally finds her place in society, as well as finds love, imperfections and all. 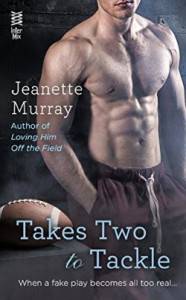 This one gets an honorable mention. As you can see by the cover, we’ve got an ab alert. The hero is a football player, so being in shape is part of his job. However, at the start of the book, he’s returning from a stint in rehab for alcohol abuse that’s left him fifty pounds lighter. He feels uncomfortable in his own skin, especially when his job depends on putting the weight back on in a healthier way. It was one of the first romances I remember reading where the hero seems to be physically insecure with the heroine in regards to his weight when, if we’re going by the cover, there seems to be nothing to be insecure about. It’s also a contemporary relationship of convenience, which I’m always a fan of outside the historical romance genre.

Any other books you’d add to this growing list? What other “imperfect” characteristics would you love to see in romance heroes and heroines?