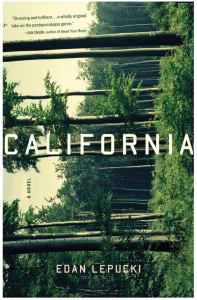 While pop culture has always been slightly enamored with the apocalypse genre, it’s now experiencing a popularity and variety that is almost hard to fathom. In decades past, the main question answered in apocalypse novels is how do we survive. Literally – where do we shelter, how do we govern, which roles/jobs will people take. Interesting enough, sure, but those questions can only be answered so many times.

What I love about our current apocalypse phase is how diverse the perspectives and questions are. In Station Eleven, Emily St. John Mandel wonders about the role of art and entertainment in a barren, flu-stricken landscape. In 2011’s Zone One by Colson Whitehead, we see the wedding of genre fic with apocalypse, one of the first to do so, but now trying to be repeated by numerous authors. California by Edan Lepucki (one of the best books I’ve read in a long time) imagines what marriage will be like, and how family dynamics play out in an apocalyptic world. The genre is no longer just one action-packed scene after another and no longer completely dependent on a driving plot. Even the book covers have changed; no more brightly-colored mushroom-cloud deathscapes. Instead you’re seeing truly artful covers that reflect what’s inside. 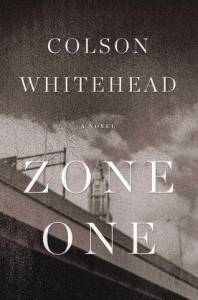 While I could go on about the impressive work coming out of apocalyptic fiction, I’d rather explore why we as readers flock to it. What draws us in to reading about a dire future in which most of us are dead? I scoured the internet about the psychology of our apocalypse obsession; I also had the chance to talk with Edan Lepucki about California, and why she was drawn to write about the end of the world. Beyond that, I have my own thoughts about the topic that I couldn’t quite find elsewhere.

Let’s first dig in to three reasons that other folks posit for why we crave destruction, and then two more reasons that I believe get at the core of the question.

1. Apocalyptic scenarios offer us a chance to examine mankind. What is humanity really made of?

I think this is partially true, but my question is why can’t we just do this now? Our world is deeply divided, generally run by a handful of people who get the most attention, and yet the majority of folks are decent and hardworking and lead humble lives. Would the apocalypse really change any of that?

We’d still be divided — at least according to nearly every book of the genre, ever. Factions are the name of the game. Find your group or you’re dead. It’s likely that all the attention would be on the groups causing the most trouble — the marauders, the pirates, the bandits, what have you. And yet there would still be a silent majority of folks, just trying to get by. I think we can fairly assess mankind without the world ending.

2. The end of times gives us (and our world) a clean slate to work with.

This certainly plays a part in our obsession. Many of us have things we want to change about ourselves; some of us have a lot we’d like to change. A glance at total destruction is just what we need in order to become better as a species! If only that were true. Humans are afforded the perhaps unique opportunity to re-invent themselves whenever they choose. A birthday, the turning of a page in the calendar, any number of rites of passage like weddings and graduations – all of these are experiences that naturally offer re-invention, and they’re built into the human experience. It’s possible that we want to see personal or global change on a grander level – one which requires the end of times – but it’s my belief that most of us desire change in far more reachable ways and by far more reasonable means.

For some people, the chance to re-invent is actually the desire to get away from their past, or even their present. But as Edan Lepucki told me, even if the world started over, would it be the utopia that some of us think it would? Would we actually learn from our personal or societal mistakes? Our history is still part of our psyche, no matter what happens to the world around us. Even on a smaller scale, would we truly move beyond our cattiness? Would we get over our love for freshly ground and French pressed coffee? I sure as hell wouldn’t. Edan expresses this thought much better than I can:

“There’s a myth that we can escape culture’s yoke and all our learned preconceptions about ourselves and others. But I don’t think we can. Gender, for instance, is learned and performed, yes, but it’s also so ingrained in us that it’s not easy to just shrug off and pretend it doesn’t matter. We are products of culture and we can’t step outside of it–our identity is formed by language we inherit, rituals we take for granted, etc. I’d love to believe that sexism and racism would go away in the face of questions about how to survive, but what if they didn’t? What if you had a chance to remake the world and some asshole was remaking it to be worse? …I think the idea of a clean slate is mighty seductive, and also terribly scary, and also a myth: can all really, truly be swiped clean?”

Okay, this one is definitely true, but not the primary reason why we’re drawn to the apocalypse. In a world where truly awful headlines make up the majority of our news cycle, it can seem that our precious planet is a scary place. And sometimes it really is. Edan agrees:

“I think our relentless access to news around the globe has made us especially aware of how fragile life is, how violent our species can be. Reality is often more frightening than anything I could make up! It makes sense that our art would try to deal with these anxieties by facing them head-on. It was cathartic for me to do it as a writer, and I think there’s catharsis in it for a reader, too.”

She’s absolutely right. There’s a strange sense of calmness that can come from reading about the apocalypse, and more importantly, reading about how some of our species almost always survives. Even in fiction, we gain a sense of hope that if stuff gets bad, some people will be okay, and I’m probably one of them.

Of course, there’s also just our fascination with death. That’s what apocalypse really is – mass death. And it’s our human nature to be interested in and confront that very topic. This genre allows us to do that on a mass scale, which in many ways makes it less of a reality. It’s an easier way for us to ponder death (and therefore inevitably the meaning of life) than a book about a parent who’s being ravaged by cancer; that just hits too close to home. The fantastical and global nature of apocalypse provides a cushion from the brutal reality of what that apocalypse would really be like.

Okay, now we’re to the real meat of why I think people love to consume the apocalypse genre.

4. It offers the opportunity to re-build our world.

At first glance, this seems similar to the point above about wiping the slate clean. But it’s different in one crucial way: this is about creating something new rather than getting rid of something bad. Our culture loves to criticize, but generally hates to bolster that criticism with new ideas – or I suppose more importantly, new actionable or tangible ideas.

I firmly believe that all of us are creators. That humans have an innate desire to build new things. Whether that’s an original article on the internet, a hand-knit scarf, or a new electrical system in your house, the act of creation allows more use of our brains than just about anything else. And it thereby gives us the most satisfaction and fulfillment, well above nearly any other activity.

The apocalypse grants humanity the gift of creation on the largest scale imaginable. We can build new buildings, dream of better infrastructures, work with our hands all day long – all those things we sort of daydream about. It’s really quite a romantic vision (after the death and destruction, of course). Our creations wouldn’t be hampered by the systems already in place in our world. Isn’t that a delightful thought to think every now and again?

5. The apocalypse reveals who we truly are on the inside.

While we can examine mankind on a grand scale in our current world, it’s actually harder to examine ourselves on a smaller scale. What kind of person are we when there aren’t bills to pay, job duties to attend to, rules of civility to follow? More than anything, a world in which survival reigns reveals our truest nature.

Am I a loner? Am I someone who deeply needs community? Would I be a kind and loving person, or someone who takes advantage of others? Would I adapt quickly or lag behind and cling to old ways of living? Would I do anything to protect my family, or would I cower under threats?

These are questions that we often ask ourselves, but have a hard time answering. Our schedules are so often set by our jobs and other obligations, our actions so determined by cultural mores and people’s expectations. There are some ways we can put ourselves in situations that test our mettle – like backwoods camping where it’s just you and the wilderness – but those opportunities are few and far between. We have a deep desire to know ourselves, and in our ultra fast-paced world, there just aren’t many of us who do. The apocalypse would allow us to slow down and take stock of our inner character in a dramatic way. And that, my friends, is in my opinion the biggest reason why we’re drawn to this incredibly popular genre.

What do you think? Some of these thoughts are fresh off the mind, so I’d love to hear your thoughts!