May is Jewish American Heritage Month, in which we recognize how Jews have contributed to American culture for over 350 years. Now, what would you tell your bubbe if she asked you to pick some books for her in honor of this month, hmm? She’d say, “mammele, I want to learn more about contemporary Jewish writers who are churning out the fiction and the non-fiction. A shanda it is that I don’t know where to begin!”

Well, you don’t want to disappoint your ol’ bubbe now, do ya.

But seriously, if you’re interested in reading more Jewish American writers or learning about Jewish history, here are some places to start. (BTW, you can thank my mama for a lot of these recs, since she scours the bookstores for Jewish novels and histories).

Jews Without Money (1930) by Michael Gold

The Natural (1952) by Bernard Malamud

The Amazing Adventures of Kavalier and Clay (2000) by Michael Chabon

Everything is Illuminated (2002) by Jonathan Safran Foer

The Angel of Losses (2014) by Stephanie Feldman

Love and Treasure (2014) by Ayelet Waldman 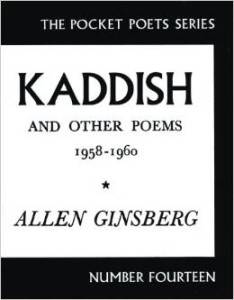 The Jewish Cemetery at Newport” (1852) by Henry Wadsworth Longfellow 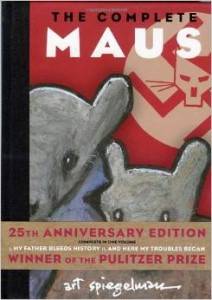 A Bintel Brief: Love and Longing in Old New York (2014) by Liana Finck 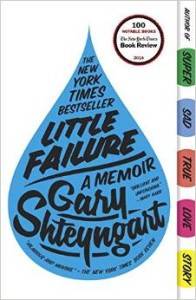 The Jewish Americans: Three Centuries of Jewish Voices in America (2007) by Beth Wenger

Here’s a lengthier bibliography of books related to Jewish culture and history: http://www.ajhs.org/essential-readings

Leave your recs below!