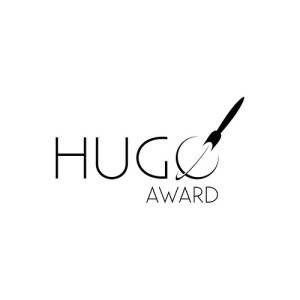 Along with the Nebula Awards, the Hugo Awards are considered to be one of the two major awards for science fiction and fantasy works. While the Science Fiction Writer’s Association nominates and votes on Nebula Awards, the qualifications for the Hugos are more lenient. One only has to buy a supporting membership to WorldCon in order to vote.

In recent years, the nominees and award winners for Hugos have begun to diversify. The world is changing, both in and out of publishing. As our world becomes more embracing of diversity, our reading and awards are reflecting that. More women and authors of color have been nominated and are winning. Unfortunately, not everyone sees this as a good thing.

Enter Sad Puppies, a small group of authors and fans that have decided the Hugo Awards were not accurately reflecting the tastes of science fiction and fantasy fandom. (You know, the people who were already voting on the awards.) So Sad Puppies, led by Brad Torgersen, created their own nominee list and encouraged people to vote for them. The list is significantly less diverse that it has been the last few years.

According to Torgersen, the Sad Puppies effort is to fight what he sees as an “insular” fandom of voters at Worldcon. Part of his defense of these choices, however, is more telling:

Along the way we fairly skewered the concept of literary affirmative action — that works and authors should be judged on the basis of author or character demographics and box-checking, not the audience’s enjoyment of the prose…

In a worst-case scenario (which is far too often fact in situations like these), this is coded, aggressive, anti-diversity talk. For the sake of argument, let’s take Torgersen at his word. If he’s speaking plainly, then he’s ignoring a big problem: the publishing industry (especially in science fiction and fantasy) is skewed heavily toward white, male writers.

Torgersen is right in one regard: awards should be handed to the best novels and their writers, regardless of race, ethnicity, or gender. No one thinks otherwise. But if we’re not reading diversely, the pool of books we nominate will not be diverse, either.

It’s a common straw-man argument against reading diversely: “I read what I like, regardless of the author’s race or gender.” We at Book Riot see this all the time. This argument would work if the publishing industry were fair. If the genders and races of published authors were equivalent to the actual demographics of the world, then sure, that argument holds water. But since the publishing industry isn’t fair, that argument falls apart.

This year, I’ve made it a point to read equal numbers of male and female authors. I’ve made it a goal that 33% of the books I read be by people of color. It’s barely April and I’ve discovered so many wonderful authors I may never have read without these goals. My reading horizons have stretched and I have gained so much in this effort.

Looking at Torgersen’s list, it’s obvious he (and the rest of Sad Puppies) are not reading very diversely. There are some women and people of color on the list, but not near so many as last year. Just as the Hugo Awards are growing more diverse, a white man steps up and games the system to make it less diverse. Of course the Internet’s vast stores of racists and misogynists have bought Supporting Memberships and started voting. They’ve jumped on the bandwagon. It’s what they do. Not realizing that would happen is another serious misstep on the part of Sad Puppies. Either that, or they did realize this would happen, which makes them vile.

So 2015 is looking like a dark year for the Hugo Awards. Worldcon has some thinking to do. Their system is obviously flawed and hopefully they care enough to address it in future years. The fandom has every reason to be angry right now. We have to let Sad Puppies know that this is wrong.

But fear not, Science Fiction and Fantasy Fandom will persevere. We will vote for what are truly the best books of 2015. Our diverse reading choices will continue to have a positive effect on the publishing industry, and great writing will win out. It always does.

Note: The post originally misspelled Torgersen’s name. This has been corrected. – CA