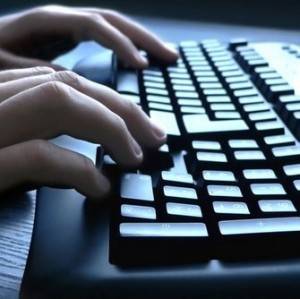 Passing around bottles of the finest Andre Brut Champagne on New Year’s Eve always sounds like a good idea, right? I thought so too right up to the moment I got the flu. My first few days of 2015 were spent in bed in fits of ague, enjoying feverish bouts of sleep between mandated soup breaks.

The thing is, I can’t read when I’m sick. No matter how many good books I have in my TBR, I just can’t even look at them when I’m ill. I don’t know why this is the case, but since binge reading The Hobbit at age 13 while I stayed home from school with strep throat, I’ve never been able to convince myself to pick up a book when I feel under the weather again.

This in turn led to me spending many hours tucked under my covers watching the finest competitive culinary television, i.e., Chopped and Cutthroat Kitchen.

Perhaps it was just a fever dream, but at some point in my viewing I had a distinct thought: What if there was a literary version of this show?

Would it be interesting to watch? Not at all. Four writers crammed in front of electric typewriters clacking away like Kerouac after a few Bennys isn’t exactly prime time TV. However, maybe it could cut down on some poor editorial intern’s stack of unsolicited manuscripts.

Imagine, three rounds pinning writers against one another in a sporadic competition of literary prowess. In the first round you’d have 20 minutes to construct a poem using a specific set of literary devices and terms. Picture Ted Allen (I can’t think of the literary equivalent of Ted Allen) looking at two graduate students, a 19-year-old female wunderkind, and a cantankerous, old newspaper writer whose short stories just keep getting sent back, and saying, “and your literary elements are: sonnet, hyperbole, assonance, and…the word ‘ephemeral.'”

A panel of judges consisting of a well-established creative writing professor, notoriously critical acquisitions editor, and nationally respected book critic look onward. They can see that one of the graduate students is foregoing the provided typewriter and frantically scribbling with a fountain pen stored in the pocket of his hounds-tooth blazer. He’s really getting into the hyperbole. As Ted counts down, the clicking of keys reaches a tumultuous roar, a flock of songbirds chirping couldn’t raise a comparable din. This is immediately followed by dead silence, eight hands raised in the air as if they’re facing off against a gun-slinging sheriff in a spaghetti western.

After much deliberation from the judges, Ted informs one of the graduate students that “her chapter has ended” because she had a shaky interpretation of assonance. She’s devastated, but fear not, we haven’t seen the last of her, as she informs us that one of her short stories has just been accepted for publication in Tin House.

The other three contestants are unshaken, and without a moment’s pause Ted is telling our writers that in the short story round they will be faced with: “sci-fi, onomatopoeia, circumlocutions, and semi-colons.”

Another frantic scramble to the keys. The surviving grad student in the blazer throws his fountain pen aside and reticently embraces the typewriter. He chicken pecks in a hyperbolic fashion (which is ironic, because the judges criticized his use of hyperbole in the last round). The newspaper vet lights a hand-rolled cigarette and suddenly seems to resemble Charles Bukowski. He runs to the pantry and pours a stiff bourbon. In the spirit of circumlocutions he has decided to make his entire story one sentence glued together by semi-colons, and the judges look hella nervous.

Meanwhile, the wunderkind is writing from the perspective of an alien reimagining sci-fi as life on Earth, and the judges’ minds are blown. The grad student is audibly shouting Boom! Pow! Bang! as he adds to the fight scene in his story. The judges have mixed reactions to this over-the-top spectacle, especially the acquisitions editor who dubiously looks on with a scowl as he rata-tat-tats his fingers on the table.

As the time ticks down, Bukowski develops a wrist cramp and it looks as if he won’t get his closing sentence on the page, but in an act of desperation and daring he punches out the last few words with the eraser end of a No. 2 pencil. Time is up and this time all three writers look a bit more winded. Perspiration beads across brows en masse, including those of the judges.

The wunderkind’s story is highly praised. The judges compliment that her semi-colon usage is “reminiscent of Proust” and her circumlocutions were “graceful and ethereal, also seemingly going on forever- infinite, and endless as well”. The book critic equates them to the Big Bang.

The writers lumber off to the other room and wait in anticipation. When we hear the judges deliberate it sounds as if Bukowski is gone for sure. The panel sounds unamused by his excessive use of semi-colons, and feel that his literary devices weren’t executed properly.

However, when the competitors return, it is revealed that the grad student in the blazer will in fact be the one going home. His onomatopoeia was overbearing and his semi-colons didn’t properly connect the independent clauses, making them feel disparate and indigestible. For these reasons, his chapter has ended.

As Bukowski and the wunderkind size each other up, Ted reveals that the third round will be a particular challenge. In this lightning round, competitors will be provided only 10 minutes to prepare a haiku three ways. These poems must include: “a question, parentheses, alliteration, and imagery.”

The wunderkind is composed, she begins constructing her first haiku, counting out the syllables on her fingers as they come to mind. She rough drafts on a piece of scrap paper. In front of the other typewriter, Bukowski has already written one haiku in which every word starts with the letter E. It ends with the simple question: Eh?

The time runs down quickly, and both writers are frantically trying to find the proper place to garnish their haikus with parentheses. Both have already typed out their work, but are looking to draw in the punctuation with a pencil or pen. The seconds tick down to zero and Bukowski only gets “(” on the page. He is visibly furious and for a moment seems likely to vomit. He feels he’s lost for sure.

The judges seem equally satisfied with both sets of haikus, but note the newspaper vet’s lack of “).” Unsurprisingly, all three judges laud both writers for their use of imagery. It seems a dead heat. In the back room Bukowski reminisces about how he once had tea with William S. Burroughs and Patti Smith. Wunderkind listens courteously.

The tension is palpable as they walk back out on the floor in front of the judges. Ted reads the losing haiku aloud and the newspaper man exhales heavily in disappointment. His chapter has ended. The judges congratulate him on his successful career and encourage him to keep writing. Wunderkind is offered a $10,000 advance and a book deal with a boutique publishing house renowned for literary fiction…

Of course, there are some flaws with this idea. Chopped has ran for about 24 seasons, and I don’t have the exact numbers, but similar to publishing and film, the culinary world seems to be predominantly run by white men between say about age 30 and 65.

However, in order to provide a rough estimate, I did tally the first 50 winners on the show. At that point, about half way through season four, 72 percent of Chopped winners were men. About 26 percent of the winners were POC, and only 6 percent (3 winners of 50) were female POC.

Plain and simple, the majority of the winners were white men (52 percent). If you watch the show, odds are you’ve seen a lot of episodes where there would be two Bukowskis, one John Green, and (maybe) one diverse writer.

With that said, I’m not sure a literary version of Chopped would be successful. It likely wouldn’t emphasize the need for diverse writers, but perhaps it would bring some notoriety and potential success to unknown talent. It’s hard to say. We can only wonder.