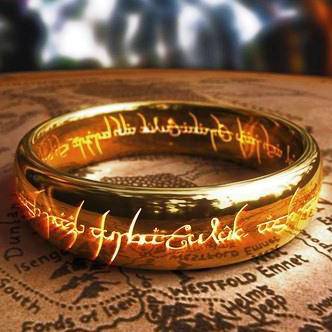 Last week The New York Daily News reported that a nine-year-old public school student in Kermit, Texas was suspended for making a “terroristic threat.”1 Now I know what you’re thinking and you’re right. Despite the fact that it is technically grammatically correct, the “–istic” in “terroristic” sounds completely superfluous and should never be uttered aloud. You might also be thinking that the world must be going to hell if nine-year-old kids are plotting acts of terror. This particular nine-year-old, surname Steward, even went so far as to smuggle his weapon of choice into the school. The weapon was The One Ring. You know, as in the One Ring to rule them all. Steward reportedly told another student he could make him disappear by placing the aforementioned ring on his head. According to Steward’s father, the principal of Kermit Elementary said, “threats to another child’s safety would not be tolerated.”2

Obviously this is a very serious issue worthy of a very serious article complete with very serious footnotes. Looking at the facts of this case, I think the school authorities did the right thing. In fact, I think they might have let Steward Junior off light. The only thing that stopped this kid from carrying out his kiddie-sized terrorist plot was a lack of understanding about how to properly use The One Ring. Putting it on someone’s head won’t work. You have to put it on their finger, duh. Just think if Steward had succeeded. The poor victim could have been permanently traumatized from all that evil Sauron mojo that screws with the mind of anyone wearing the ring.

I think it’s also important to take into account Little Steward’s dubious disciplinary record. Before the near One Ring disaster, he had already been suspended twice this year–once for referring to a fellow student as “black” (of course the one time the Texas school system went for political correctness it was overkill) and once for bringing a so-called educational book to school that contained a picture of a pregnant woman. Who is this kid anyways and what have his parents been teaching him? Everyone knows that babies come from mud pits in the ground just like the Uruk-hai.

I found this story interesting because I wore a replica Ring of Power around my neck for a while back when the Lord of the Rings movies were being made. I was in secondary school then and my friends and I were LOTR junkies of the highest order (well, we didn’t go so far as to learn Elvish so maybe not quite the highest order) and we used to wear the rings to identify ourselves as fans. Of course it was different because they were just replicas and had no actual magical powers. Steward’s father claims his son “lacks the magical powers necessary to threaten his friend’s existence,” but I think we know better. Little Steward is obviously a minion of Sauron and must be stopped before he turns Texas into Mordor 2.0. 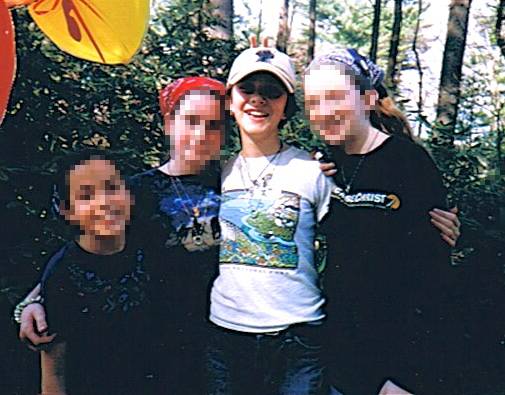 My friends and I sporting One Ring necklaces back in the day… and we weren’t even suspended for it!


Category ID: 470
Today In Books Newsletter
Sign up to Today In Books to receive daily news and miscellany from the world of books.
Thank you for signing up! Keep an eye on your inbox.
By signing up you agree to our terms of use
2Parent: Fourth-grader suspended after using magic from ‘The Hobbit’ (Odessa American, 2015)