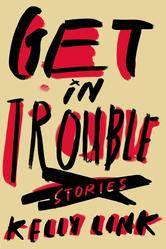 What have all these comic book characters got in common?

They’re all bare-legged. Every one one of them goes into battle with their pins on display, basically battling in their underwear. But it’s not always immediately obvious. Robin the Boy Wonder, Tyroc of the Legion of Super-Heroes, his bondage-obsessed enemy Grimbor and Golden Age stars Plastic Man, Black Condor and Doll Man are obviously displaying flesh.

But J’onn J’onzz is blessed with green skin, Blue Devil cursed with, well, blue. Original Guardians of the Galaxy guy Yondu displays a similarly fetching tone, while Justice League member Red Tornado is, well, you get it.

From a comic creator’s point of view, treating an exotic skin tone as costume isn’t totally silly – any shorts or tights they wear will be so skintight they may as well be naked anyway. But from the characters’ point of view?

OK, Yondu is from a warrior race, which in comics generally equates to ‘dresses like barbarians’, so it’s a cultural thing. But what kind of culture requires a loincloth that leaves quite so much leg and rear on display? He’s showing off a lot, and advertising what you can’t see.

As for J’onn Jonzz, when he debuted in Detective Comics in 1955, that’s how American men were dressing. Well, not quite, but it’s how he was dressing, when he popped up on Earth thanks to a botched scientific experiment. Stranded here with little to do but play superhero, the fact that his daywear and skin tone combined to make him look suitably dashing was a happy accident.

Blue Devil was the victim of an unhappy accident, as stuntman and SFX designer Dan Cassidy got himself bonded to a hi-tech exoskeleton after annoying a demon. Oops. Having plumped for blue because creators Dan Mishkin and Gary Cohn knew of a sports team nicknamed the Blue Devils, he was rather stuck with it.

Red Tornado? That’s how his creator TO Morrow created him – perhaps he was confused, and thinking red tomato? Somehow, he maintains a secret identity as white guy John Smith, so it’s not like he was averse to other looks.

As for Metamorpho, it looks like he has one of the weirdest costumes around, but that’s actually his body. He’s a human Battenburg cake, clad only in a skimpy pair of shorts. I suppose, having control over every element in his body, he just doesn’t feel the cold. And if he does, well, those shorts stop us from noticing.

The similarly stretchable hero Plastic Man’s bizarre ensemble may be explained by the chemicals which gave him his powers, sending him wacky. Yeah, that’s it.

Regarding the guys with Earth tones – Tyroc, Doll Man and co, they have various excuses. Sonic screamer Tyroc debuted when Legionnaires were being revamped with tiny costumes, and Colossal Boy also went bare legged shorts for a story or two. But Tyroc’s look maintained, his black skin apparently being treated exactly as was J’onn’s green or Dan’s blue. Doll Man’s outfit was sewn together by his girlfriend – I can only assume they’d just had a fight. Black Condor was raised by ‘super-intelligent condors’ but the only real explanation for his outfit is ‘drugs’.

As for Grimbor the Chainsman? Pure kink, this guy could put Wonder Woman’s Golden Age Rogues Gallery to shame with his penchant for bondage.

Robin the Boy Wonder? That was Batman’s idea, as he handed proto-partner Dick Grayson a costume he wore as a kid when he was training. Doesn’t explain why Dick was still rocking the green chain mail shorts at 18, mind…

So, who’s your favourite hero in the skin game?