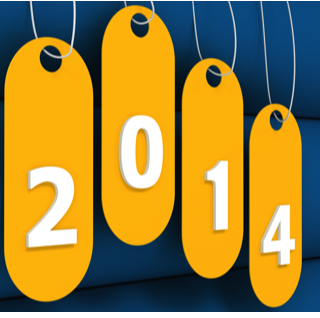 One of my favorite annual year-end articles is Slate’s “Overlooked Books” of the year. As is usually the case, this year’s list of 27 novels includes some terrific picks, such as Lauren Beukes’ Broken Monsters and Ben Marcus’ Leaving The Sea.

But even the venerable Slate list can’t capture everything. So it’s always fun to supplement this list with one of my own. So here are five terrific 2014 novels you may have missed. 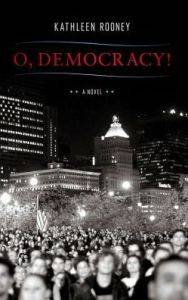 If you don’t laugh about our broken political system, you’ll probably cry. This small-press novel about a young woman named Colleen who works as an aide to the Senior Senator from Illinois during the summer of 2008 will actually have you doing a lot of both. It’s a semi-autobiographical novel about Rooney’s own experiences, which is good to know, because at times it seems so absurd, it’s almost unbelievable. But then you remember how goofed up politics is these days, and so when you read about a candidate who tries get people to believe that dumping pollution into the lake is actually good for marine life, because they can eat it, you think, “yep, that actually seems about right.” If you have an interest in politics, or Chicago, you’ll really dig this novel. 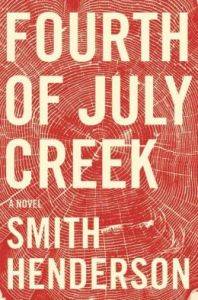 It’s debatable whether this debut novel is actually overlooked – this novel got a lot of looks due to word-of-mouth that spread quickly after its mid-summer release. But if you haven’t looked yet, I’d highly recommend you do. It’s a story about a social worker (a vastly under-represented profession in fiction) named Pete Snow in early 1980s Montana. Pete encounters a kid who appears to live in the woods with his anti-government, ultra-religious father, and so Pete has to decide how much he really can (or should, or be permitted to) help this kid. All the while, Pete’s dealing with his own disaster — his ex-wife (a drunk) has moved to Texas, and now his teenage daughter has run away. Henderson writes with pinpoint accuracy, making complex issues actually enjoyable to read about and consider. Purposefully set during the time Henderson seems to be saying is the dawn of the current culture wars, many of the issues are similar to those driving the national conversations these days. This is truly a great American novel. 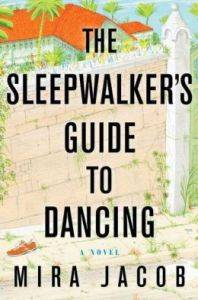 3. The Sleepwalker’s Guide To Dancing by Mira Jacob

This is the best-titled novel of the year, in my view — so it’s a good thing the story itself, which took Jacob more than 10 years to write, is great, as well. Amina, late 20s, a freelance Seattle photographer, and the daughter of Indian immigrants, rushes to her parents’ home in Albuquerque to try to determine why her father, Thomas, is having day-long conversations with his dead mother. We zoom back to 1970s India to examine Thomas and his mother’s rocky relationship, and then to early 1980s Albuquerque to learn about Amina’s and her brother’s childhoods. You’ll think “Jhumpa Lahiri” right away because it’s an Indian immigrant story, but whereas Lahiri is mostly straightforward and earnest, Jacob is often playful, witty, and funny — even as she’s telling us about some rather weighty issues. It’s a strangely fluid story for as much as it jumps in time and place. 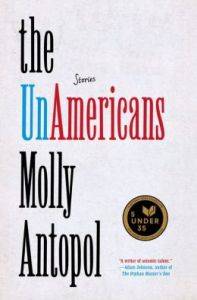 2. The UnAmericans by Molly Antopol

This is easily the best short story collection I’ve read since George Saunders’ Tenth of December. It’s all killer, no filler — a rarity for story collections. But what makes these stories truly memorable are the characters in each — either foreigners (literally un-Americans), as in my favorite story “Minor Heroics,” about Jewish brothers in Israel, or immigrants to America who struggle for one reason or another, as in the heartbreaking stories “The Unknown Soldier” and “The Quietest Man.” In total, these stories are about imagining a world beyond our front door and identifying with and understanding people who live in that world — it’s an idea we’d all do well to take more to heart. 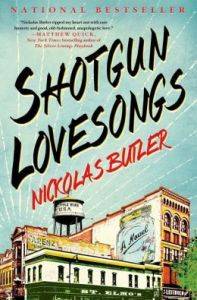 If you read and enjoyed Meg Wolitzer’s The Interestings, you’ll love this novel of four mid-30s friends who grew up in Little Wing, a tiny town in rural Wisconsin. One has become a famous rock star. One is a Chicago business bonehead who convinces his new wife to move back to Little Wing. And two have gotten married to each other and stayed in Little Wing to tend the family farm. How these friends react to revealed secrets from the past, new problems with love and loss, and their new and different stations in life will affect their friendships now and into the future. This is just a massively great novel — one that seemed to just hit me at the right time of my life, and therefore has had a lasting effect. I cannot get it out of my head. Hopefully that’ll be the case for you, too.

What would be on your list of underrated or overlooked novels of 2014?