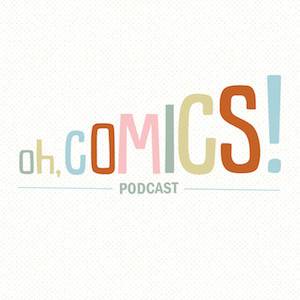 J. Gordon is Kickstarting some Bat-Armor. He’s already surpassed his goal of $1000. I’ve already recorded an interview with him, which you’ll hear on next week’s show.

Category ID: 1074
Category ID: 4308
The Stack Newsletter
Sign up to The Stack to receive Book Riot Comic's best posts, picked for you.
Thank you for signing up! Keep an eye on your inbox.
By signing up you agree to our terms of use

We mention a number of comics for children on this episode, and are endeavoring to list them all here.