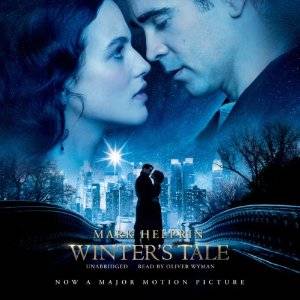 At the end of last week’s Gotham, the Penguin showed up at the police station, thus getting Jim Gordon off the hook for murdering the Penguin. A lot of people were bound to be angry about this, not least of them Gordon’s own partner. The episode ended with Bullock lunging for Gordon, and it looked like the plot machinery set in motion way back in Gotham’s pilot episode was finally going to pay off.

The biggest surprise in “Penguin’s Umbrella” is that the payoff actually happens. It’s probably not a coincidence that the episode’s writing credit goes to series creator Bruno Heller. It’s Heller’s first script since 01×02, which was the last time the larger-arc plot advanced at all. For all that Gotham’s had a shaky start, Heller has some serious showrunning cred. He created Rome for HBO, and if you want to talk about a franchise character with a ton of continuity and an endless series of reboots, Batman has nothing on Gaius Octavius Caesar.

But setting my opinions about premium cable interpretations of First Century A.D. political figures aside (Mark Antony rules, Cicero drools!), Heller came back to Gotham with a damn strong episode. It’s full of twisty power plays and shifting loyalties, which culminate in a clever retcon. If you’ve been looking at this show from a distance waiting for it to get good, this is the first episode I’d actually advise you to watch. Because of that, I don’t want to get too bogged down in the play-by-play, so instead I present the first Gotham Power Rankings.

This was a bad week to be Fish Mooney. Her former flunky-turned-snitch — the guy who knows all her secrets, the guy Jim Gordon was supposed to kill — is back in town, and her boss doesn’t seem to care. Oh, Don Falcone will go after Gordon, but it doesn’t bother him much that Penguin is alive and well and working for the rival Maroni family. Then Penguin murders Fish’s boyfriend. So long, Nicolai; we hardly knew you and we’re just making up how to spell your name. Then, despite Fish’s insistence that “snitches get stitches,” Falcone agrees to let Maroni keep employing Penguin in exchange for…a toxic waste dump on top of an Indian burial ground? We trust you’ll bounce back, Ms. Mooney, but this was not your week.

For reasons that will later be obvious, he’s in just as bad a position as Fish, only he doesn’t realize it yet. Also, points deducted for lack of an ostrich feather cape.

The last time I saw Anthony Carrigan, he was playing a smarmy dot-com millionaire on Parenthood. A shaved head works wonders, because he shows up here as Mr. Zsasz, a smiling assassin with a penchant for self-mutilation. Zsasz features in one the series’ best set pieces so far. He confronts Gordon in a crowded police station, announcing that he has been instructed to bring Gordon to Falcone alive, but “Alive is a very broad category.” When Gordon points out that there are fifty cops in the station, Zsasz asks them all to leave, punctuating his request with the most terrifying reading of the word, “Please” you’re ever likely to hear. They leave, then Zsasz does a backflip, and lots of action ensues

Gordon’s partner has threatened to kill him, his lieutenant would like to back him up but can’t. What cops will have the guts to side with him? The ones who just tried to arrest him for a murder the rest of the department was in on. Montoya and Allen rescue an injured Gordon and hide him out in a friend’s medical lab.  I’d like to give Montoya and Allen a higher power rating, but being on Gordon’s side doesn’t really help them at this point, powerwise. Also, Allen gets taken hostage by Alfred Pennyworth.

He’s rich and he’s smart but he’s not actually a player yet. Or, to paraphrase The Very Secret Diaries of Aragorn, Son of Arathorn, “Still not Batman.”

You have to root for these two dummies.

Bullock wants to kill Gordon, then shows up at his house with a lady he claims is the Duchess of Devonshire, and announces he’s ready to go along with Gordon’s crazy schemes because the Mob is going to kill him anyway. The crazy plan goes swimmingly until they face off with Falcone, who dissuades Gordon by claiming he has taken Barbara captive — but refusing to prove it. “I want you to believe me,” he says, and Gordon does. Rightly it turns out.

Falcone not only gets Barbara, Gordon and Bullock at his mercy. He then exercises his mercy by letting them go. Falcone doesn’t get anything out of destroying Gordon and Bullock that he can’t get from having them in his debt. This is a Gaius Octavius Caesar trick, come to think of it; welcome back, Bruno Heller. Falcone comes off looking like a genius. Except it turns out…

Penguin has been working for Falcone all along. In fact, he engineered Gordon’s fake murder and ingratiated himself with Maroni in order to work for Falcone undercover. Penguin is also the one who insisted that Falcone let Gordon and Bullock go. Falcone might not realize how completely Penguin is pulling the strings yet, but it’s just a matter of time.

She’s not in this episode. This in no way diminishes her awesome.

So, folks, what do you think of my power rankings? Did you like this version of Zsasz, and what other Batman villains would you like to see on Gotham? Who’s your favorite historical figure from the last days of the Roman republic, and what supervillain identity would they be most likely to assume? (i.e., Cleopatra. Poison Ivy.) Do you think Gotham finally has some momentum going, or will be back to the status quo next week?