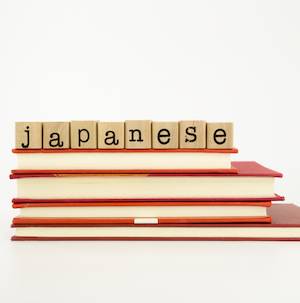 *Puts on Reading Hipster(TM) glasses* I got into Japanese authors and lit in 2002-ish, when I took a Japanese culture class as part of those pesky “be a well-rounded person” educational requirements. We read a number of books as part of the course requirements, both modern fiction and nearly-ancient fiction, and I dug it a lot. I had another friend who loved fiction in translation, so we started delving into Japanese authors and literature together soonafter, including Haruki Murakami.

Fast-forward, and Murakami is now a household name. I’m stoked that so many people are reading and enjoying his work, partially because it brings Japanese literature on the whole into the light (and, more importantly, into English translation). Here are some more English-translated Japanese authors to add to your TBR:

Kawabata was the first author from Japan to win a literary Nobel, in 1968. He won “for his narrative mastery, which with great sensibility expresses the essence of the Japanese mind” (source). To break that down, he’s a great storyteller and he’s got a super-Japanese aesthetic. The Nobel Committee cited three works especially (which makes a great cheater jumping-off point), Snow Country, Thousand Cranes, and The Old Capital. Mishima is a fascinating character in his own right–he died by committing ritual suicide after failing in his attempt to stage a coup d’état and restore power to the emperor. Before that, though, he was a prolific author, actor, and playwright (among other things). His most famous books are the Sea of Fertility tetralogy, beginning with Spring Snow.

When I try to enable people to read Kōbō Abe (and I do), I usually start by telling people that Abe is the Japanese Kafka. Modernist and surreal, Abe has an under-appreciated deftness with words; Nobel laureate Kenzaburō Ōe stated that Abe deserved to win a Nobel, himself, for his work (supposedly–I have read that many times but can’t pin down an original source. I totally believe it, though). The Woman in the Dunes is one of his most famous works and one of my personal favorite books.

Yoshimoto’s work tends to explore two major themes: “the exhaustion of young Japanese in contemporary Japan” and “the way in which terrible experiences shape a person’s life”. Her influences range interestingly from the non-horror work of Stephen King to Truman Capote and Isaac Bashevis Singer. Her debut novel, Kitchen, was so popular that it ignited what the press called “Bananamania”. (source) Sometimes cheekily called the “other” Murakami (or maybe that’s just people I know), Ryu Murakami has a completely different aesthetic than the more well-known Murakami. Ryu Murakami has a gritty aesthetic, dealing with drug culture, crime and violence, and a much darker overall tone. My favorites of his so far are Almost Transparent Blue and In the Miso Soup.

Kirino’s novel Out made some serious waves among critics because it features women committing violence. (Wikipedia says that some of her critics said that women should only be writing love stories. Cough.) Kirino’s storylines tend to be mysteries and thrillers, increasingly popular genres in Japan.

Miyabe also writes crime fiction, along with fantasy, YA, and some horror and sci-fi. She’s incredibly prolific (though not all of her work has been translated, of course) and some of her works have been adapted into anime and film. Two of her most famous English-translated works are All She Was Worth and Crossfire, both of which are categorized as Mystery/Crime.

Which Japanese authors did I leave off the list? Have you read any of these authors, or do you plan to?