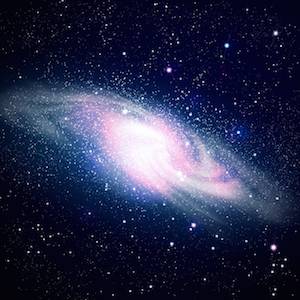 There are many stories, both inside and outside of the science fiction genre, that have themes of a scientific nature. Some are deliberately written to teach science, whilst others just draw heavily on both current understanding of science, and potential future scientific developments and ideas. (This is a follow up to A Selection Of Novels For Maths Lovers from last month.) Tau Zero by Poul Anderson
Tau Zero explores the effects of relativity and time dilation on people travelling through space using a Bussard ramjet. Throughout the book, Poul Anderson interrupts the narrative to explain the science behind these concepts. In Timescape, scientists at Cambridge University attempt to send a message back in time to warn people of the coming troubles now facing the Earth. To do this they will use the hypothetical Tachyon particle, which travels faster than the speed of light, projected towards the astronomical position the Earth was in at the time the message needs to be received. The message also needs to be sent in such a way as to not cause a Grandfather Paradox and make the situation worse. Do Androids Dream Of Electric Sheep? by Philip K. Dick

This novel by Philip K. Dick was the basis to the movie Blade Runner. Do Androids Dream Of Electric Sheep? is set on a post-apocalyptic Earth following a nuclear world war. Radiation has caused the extinction of, or endangered, most animals, and is harming the humans who have not yet emigrated to off-world colonies. As an incentive to emigrate, humans are gifted androids. The novel largely explores what is that would separate humans and other living creatures from such androids and artificial intelligence. As such it is a philosophical novel as much, if not more so, than it is scientific. The canonical Sherlock Holmes store consists of four novels and fifty-six short stories. The titular character, detective Sherlock Holmes, is an amateur forensic scientist. The techniques he uses to solve crimes are often unrealistic, and forensic techniques have changed quite a bit since they were first published, but Sherlock Holmes’s love of science, and logic, and experimentation, is still infectious. Sir Fred Hoyle’s work as an astrophysicist ensures that the plot of The Black Cloud, whilst perhaps unlikely, is well-grounded in actual science. The titular cloud is described using physics equations, all of which are included in the book. This is beloved physicist Carl Sagan’s only novel. In it, humans interact with a more advanced extraterrestrial life form. Pleasingly, the scientist protagonist of the novel is female, her story beginning with her being a child enamoured by science. Carl Sagan also wrote many popular non-fiction books about physics and cosmology including Cosmos, and Pale Blue Dot: A Vision Of The Human Future In Space. The Time And Space Of Uncle Albert by Russell Stannard

The Time And Space Of Uncle Albert and its sequels Black Holes And Uncle Albert, and Uncle Albert And The Quantum Quest, are novels for children which help explain concepts such as relativity and quantum physics. Uncle Albert is a fictionalised Albert Einstein, who can think so hard that he creates actual thought bubbles that his niece can then enter to explore and experiment with these theoretical concepts. The Color Of Distance
by Amy Thomson

In The Color Of Distance, the biology of an alien planet is explored with strong environmentalist themes. The intelligent alien lifeforms live in harmony with their environment, and throughout the novel are observed by a genetically modified human scientist. While these are not novels, The Magic School Bus tales are classic and well-loved stories exploring science in fun ways for children. Each story involves a school trip in an anthropomorphic school bus that takes the children to impossible locations where they then learn about science. These locations include the Solar System, inside the human body, inside a beehive, and prehistoric Earth (to visit dinosaurs).