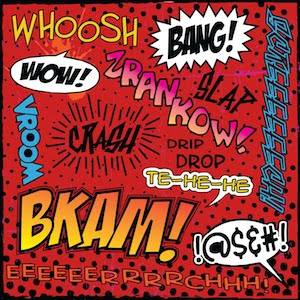 This post contains some spoilers for The Amazing Spider-man and The Uncanny X-Force.

I have read maybe 150 issues of the Amazing Spider-man in the last two weeks or so. I keep joking about how I’m being an irresponsible reader, or I’m not reading what I should be reading (aka: “real” books).

But I’m starting to get mad at myself for doing it. I know comics are valid literature. I know they can be just as smart and deep and interesting as any other book that exists. And yet, when I stay up till 1 to finish a Michael Chabon book (or, honestly, even a John Green novel), I don’t feel nearly as guilty as I do when I’m reading about Peter Parker and Kraven’s Grim Hunt. For the most part, I’m a very open-minded reader. I grew up on fantasy and sci-fi novels, on epic adventures, and formulaic series. I didn’t think twice when all I did was read the A Song of Ice and Fire books for a month while I was a sophomore in college. But comics? I feel guilty every time I open the Marvel app on my phone when I could be picking up a novel.

I know it’s probably a vestige leftover from my childhood when comics were widely considered distractions and less worthwhile than (weirdly enough) chapter book series like The Baby-sitter’s Club or Goosebumps. When I read those books, it was for fun, but I didn’t feel like I was getting away with something while I was doing it. When I was reading comic books, it was a little illicit. I was allowed to watch 30 minutes of TV a day, and I was allowed to read a limited number of comics. I’d have to beg my mom to pick up an Archie comic in the grocery store same way I’d beg for her to buy me a Kit Kat. So in my head, they became candy, pleasure, for fun only.

What’s even weirder: it doesn’t extend to capital-G-capital-N Graphic Novels. Because I was introduced to those through college English classes. Again: Literary. I feel perfectly comfortable reading things like The Unread, or Saga, or Preacher. So, just superheroes, then.

But you know what, as I’ve been catching up on ASM issues 545 – 700, I’ve been kind of tangling with my own head with how much time I’ve spent on them, and whether it’s worth it when there are so many other books to be reading. The themes are there, the darkness and depth are there, the language is there! Why can’t I reconcile these super hero comics as a valid reading choice! Stupid brain.

I went back and read some of the original ASM issues, when Gwen Stacy dies or when Peter marries MJ. The drawing style and colloquialisms are of course outdated and sometimes hokey, but the writing is so strong. Peter is complicated from the get-go, and his relationships doubly so.

What’s the old joke, a book is literary if there’s no happy ending?

Traditional super hero comics are interesting and worth our time to read. The stories are intricate, and teach us a lot about storytelling. The art can vary wildly from issue to issue, and you start finding styles that resonate with you more than others.

Luckily, I think there’s a huge movement in the industry towards making comics into valid reading choices for kids today. Books like Elephant and Piggie by Mo Willems or Kazu Kibuishi’s Amulet series are being used as tools for young readers and hopefully the extension of that will be that these readers grow up seeing comics as legitimate sources of literature.

Disclaimer: This is not to say that books have to be seen as “literature” to be worthwhile, just saying not to discount books as meaningless or wastes of time based on the fact that they’re illustrated stories.

So, I guess, what I’m saying is: Shut up Brain, you’ll figure it out soon enough: Comics are awesome.