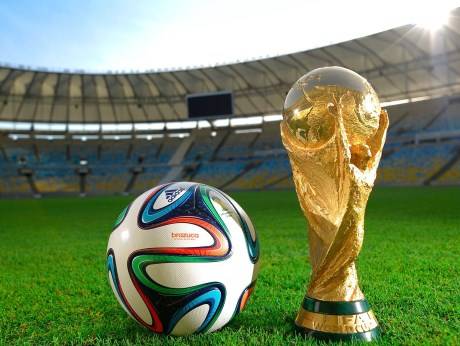 So…I hear there’s some sort of world sporting event happening right now? Don’t get me wrong – I like sports. I even used to play some in high school and college. But sometimes you just want to read about them, instead of actually getting on the court or field. Here are some of my favorite books about sports. In These Girls, Hope is a Muscle, by Madeleine Blais. I read this when I was in high school, and for a while, it was my favorite book. Being an athlete myself, I related to many of the young women and found it incredibly inspiring. This nonfiction book tracks a high school basketball team captained by then-high schooler Jamila Wideman, who later played for the WNBA. Despite near-perfect seasons, the team typically chokes in the playoffs – what will it take to change? The Man Watching: Anson Dorrance and the University of North Carolina Women’s Soccer Dynasty, by Tim Crothers. Whether you’re a Tar Heel fan or not, if you follow soccer – men’s or women’s – you probably know that UNC is a powerhouse when it comes to the sport. Dorrance has won more than 90 percent of his games and is a near-deity in soccer. He’s also had his share of controversy. If you’ve ever wanted an inside look into a national championship-winning college sports program, look no further. Four years of interviews with soccer players, coaches, rivals, and professionals put you right on the field in this one. 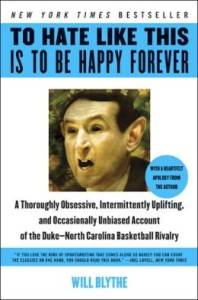 To Hate Like This is to Be Happy Forever, by Will Blythe. The best book on the Duke-North Carolina basketball rivalry, in my opinion. (Why yes, there is a theme here). Part memoir, part examination of rivalry culture, the book provides recaps of key games in the rivalry’s history, interviews with players, coaches, and fans, and is a fun introduction to one of the best matchups in college sports. If you’ve ever wondered what the fuss is about, this book will answer that question. A Life Without Limits: A World Champion’s Journey, by Chrissie Wellington. Unknown to most people outside the world of triathlon, Chrissie Wellington is a pretty amazing athlete. Winning the Kona Ironman World Championship in 2007 as a newcomer, she went on to be a dominating force in women’s triathlon, racing much of the time with a smile on her face. In her memoir, she writes about her struggles with body image, breaking into the professional triathlete world, and racing in an Ironman – and the grit and sacrifices it took to get where she is. Little Girls in Pretty Boxes: The Making and Breaking of Elite Gymnasts and Figure Skaters, by Joan Ryan. Originally written in 1995 and revised in 2000, the book is a little dated, but it’s still a fascinating and important read, especially for those with children in gymnastics or figure skating. Ryan takes the reader through the transformation of these sports, and how labeling them as “women’s” sports can be quite the misnomer. At what cost comes success, and what does competing at an elite level do to the physical and emotional health of these athletes?

What are some of your favorite books about sports?