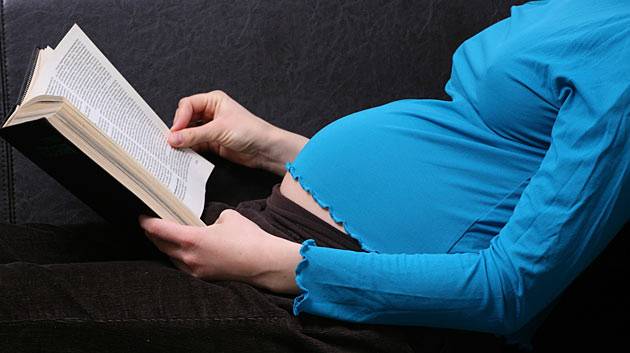 “Just wait until you have kids- then you’ll NEVER find time to read” is a thing someone actually said to me (but not my husband) six or seven years ago. I had no kids, and the idea that I wouldn’t be able to read if I ever did was irritating and horrifying, but it made sense. How do you find time to read when you can barely find time to sleep or shower or grocery shop?

There are periods where you’ll read less than you did pre-kid. The first six weeks are rough– babies are getting used to the whole night/day concept, need to be fed every three hours (or with even more frequency), and if it’s your first, you have no idea what you’re doing. You’ll spend a good bit of time figuring out how diapers work. And again, when they’re teething and you’re too busy wiping up drool to do much else. But here’s the secret most people don’t tell you because they want to be parenting martyrs: babies don’t DO anything. FOR MONTHS. They sit (or sleep, if we’re being real) where you put them. They don’t talk back. They don’t ask to go to the park or demand craft time or need deep talks about the whys and wherefores of life. They’re consumed with wonder at the fact that they have toes. And you know what I did while my twins discovered their appendages? I read books, sometimes while holding a baby in one arm and a book in the other. I discovered audiobooks, set on whisper-quiet volume.

When I went back to work, I read on my breaks and during lunch, and after the boys were down for the night. It became less of a hobby and more of a thing I did to remind myself that I was still my own person with my own interests outside of breast pumps and nap schedules- something I think is important for kids to see. How do you find time to read when you have kids? You fucking make it, because it matters. I want my boys to recognize that mommy (and yes, I mean specifically mommy) is a fully-developed human whose life is not entirely composed of them.

I say I want them to understand that reading is important to mommy (me) because no one ever asks my husband how he finds time to pay attention to his hobbies now that he’s a father. We both work full-time, we split parenting duties pretty equitably, but people are more concerned about policing how focused *I* am on my kids, not him. The expectation is that I, as a mother, should be too consumed with helicoptering over my children to have time to do anything for myself. The result of that being children who don’t see a caregiver reading or investing in herself, along with a sense that they are the entitled center of the universe, with a generous scoop of It’s Cool When Men Don’t Pay Attention To Their Kids 24/7, But Not Cool When Women Don’t.

I’m not having that. Babies don’t need–or even want–you in their faces every second of every day (over-stimulation is real, ya’ll, and results in Babies Who Won’t Nap, which is another name for Dante’s Hell-center). Toddlers are not harmed when you give them a pound of Play-Doh and then, instead of sitting down with them and showing them how to build a perfect castle, you sit off to the side and read a book while they build imperfect ones. If reading is a priority for you, you will find or make the time, and your kids will get the message that it’s important. So: have babies, read books. Especially if you’re their mother.