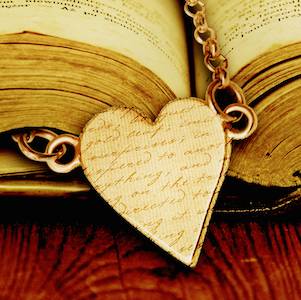 I’ve never been a huge fan of rote memorization. That’s one of the reasons why I enjoyed English class so much when I was a kid. It was less about remembering a bunch of facts and more about discovery and creativity. But occasionally we would be assigned some story, poem, or excerpt to memorize. In the fourth grade it was the Ojibwa legend “Shingebiss;” in fifth grade it was an assortment of poems from Alice in Wonderland. Later, in my freshman year of high school, it was a monologue from A Midsummer Night’s Dream. At the time, memorizing random snippets of literature didn’t make much sense to me.

I have a very selective memory. During school, if something wasn’t useful and interesting, I would remember it just long enough to pass the test before sending it off into the void of my subconscious. Maybe it’s my biology, maybe it’s the effects of living in an instant-information world, or maybe I just have a lazy brain. Regardless, memorization doesn’t come easily to me and isn’t exactly high on my “things I like to do when I’m bored” list.

So it came as a bit of a shock when a year ago that Shakespearian monologue from high school randomly popped into my head mostly intact. The text doesn’t hold any special meaning or sentimental association for me, and yet I remembered it almost word for word. Shortly thereafter I was having a philosophical discussion with someone at the office where I worked and a relevant Thoreauvian quote popped into my head. I didn’t mention it for fear of sounding like a smartass, but it made me smile to myself.

That’s when I started rethinking my stance on memorization, at least when it comes to literature. I started jotting down poems that resonated with me along with excerpts from books I read, and trying to commit them to memory. Granted, it’s a bit like throwing mud at the wall and seeing what sticks, but I’m surprised at just how much is sticking, and how much I enjoy having all those quotes swimming around in my head. I’ve found that keeping a mental archive–however small–of stories, poems, and literary quotes is a bit like having an imaginary friend (in a totally non-creepy way). When I thought of Thoreau in the office that day, it was like he was sitting on my shoulder talking in my ear.

For thousands of years people have passed down stories and wisdom orally, depending on the stalwart memories of their decedents to keep their words and traditions alive. In ancient Israel students would often commit the entire Torah to memory, even if they had access to a printed copy (a practice that some still carry on). Today, we have the luxury of smartphones and tablets that give us instant access to these things, but that doesn’t negate the value of good old memorization.

You know the phrase “remember by heart?” Ever wonder why it’s not “remember by brain?” It would make more sense, and yet there’s something inherently spiritual about committing words to memory. Read a meaningful passage in a book and it can have a significant, albeit momentary impact. Remember that passage after the book is closed and it can change your way of thinking, feeling, and even your life. So while I may have the memory of a goldfish, I’m going to try to keep adding to my mental literary storehouse and see where it takes me. And hell, if we end up living in a bookless dystopian society, I’ll be totally prepared.