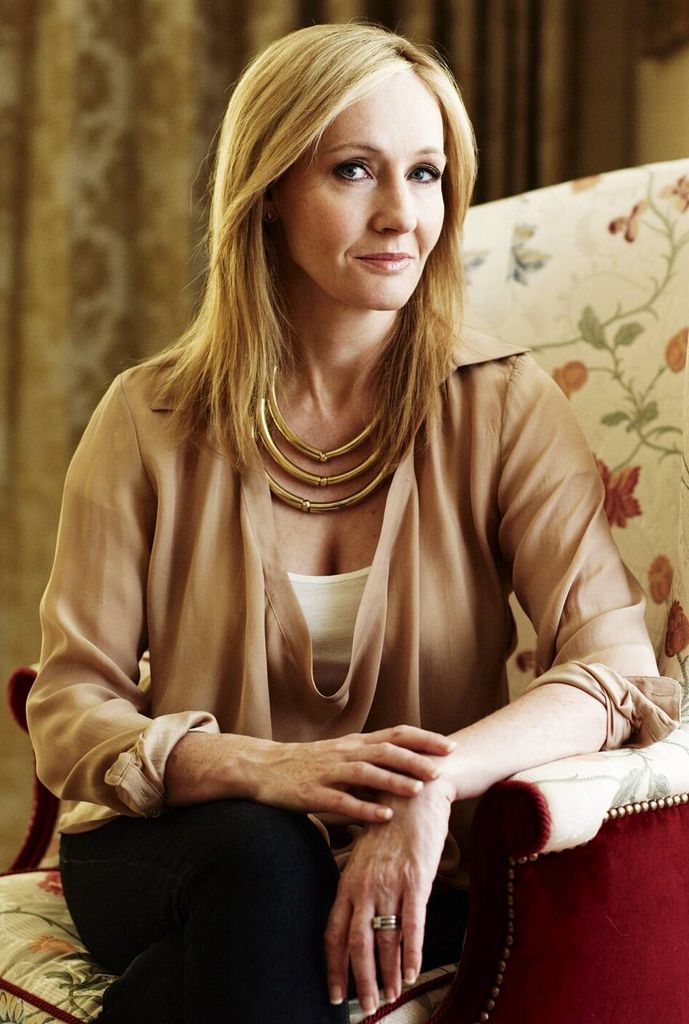 (Look, this article has Harry Potter spoilers. Not many, but there you go. Thee be warned.)

Recently, J.K. Rowling gave an interview to Emma Watson – who was serving as guest editor for a magazine – in which she discussed Harry Potter, of course. In the interview, she explained that in hindsight, she rather wished Hermione had, in the end, married Harry and not Ron. She went on to elucidate why she thought that at length and in detail.

It was just a little piece of passing information in a larger interview, but I and the internet found it significant, although we disagree on why precisely it’s significant.

Harry Potter fans seemed to get pretty ticked off about it. I read an awful lot of outrage from all quarters about it. Why would she think this, when Ron and Hermione were perfect together? And moreover, how dare she change something like this? Moreover, the Ron and Hermione relationships were fated from the very first moment they bickered in the first book. It was promised.

To my way of thinking, the outrage is the silly part, not her opinions about the books. For one thing, I could understand being outraged (I guess) about it if Rowling had asserted this opinion by pulling the Potter books off the shelves, rewriting them to suit this view, and then releasing them as a sort of George Lucas “special edition.” I can see the outrage then. But she didn’t. The books are the way they are; the movies are the way they are. Ron and Hermione eventually formalize their long-running fight in marriage.

The books are long done and put to bed. That means that at this point, J.K. Rowling’s opinions are just opinions, just like yours and mine. Were I to assert that Harry and Hermione should hook up, you might disagree, but nobody would get outraged and angry on the internet about it, because I’m just some schmuck who’s read the books and had a thought about it. With the books being done, though, that’s all Rowling is too, in this capacity. You can agree or disagree with her all you want. She can assert the point of view as many times as she wants. The books are unchanged. It’s fine.

For another thing, I really rankle at the idea that the relationship was promised. Regardless of anything in the books, the fact is that the author doesn’t owe the reader anything. You could want two characters to get together badly, but that doesn’t mean you’re owed it. What you’re owed is the book you paid cashy-money for. That’s it. That’s the end of the bargain. As Neil Gaiman once so aptly said, George R.R. Martin is not your bitch, and neither is J.K. Rowling, nor anyone else. She should write what she wants to write, and whether or not you agree with it is up to you. (And to reiterate, it’s still a further pointless argument, because they got together, there is no problem here.)

Category ID: 4284
Category ID: 471
Category ID: 468
What’s Up in YA? Newsletter
Sign up for What's Up In YA? to receive all things young adult literature.
Thank you for signing up! Keep an eye on your inbox.
By signing up you agree to our terms of use

So, on the whole, I think the outrage is a bit pointless…but it drowns out the more consistently fascinating thing about J.K. Rowling that I really think we should take more time to appreciate. It’s the fact that she is so open and honest about her own work like this.

That is such a rarity. When artists talk about their past works, they might discuss it in many terms and in many useful ways, but it is so very rare for them to look back and at a very basic, nuts-and-bolts level, be willing to analyze and dismantle, to approve and disapprove, of their own past work like that.

The only three on my shelves willing to do that are filmmaker Hayao Miyazaki, author Alan Moore, and J.K. Rowling. I treasure this immensely in all three of them. I once read a long interview on the anniversary of Miyazaki’s first film, Nausicaa, in which he spent the entire interview carefully explaining the myriad problems with the film and what should’ve been done. It was a pretty brutal review. By the end, it seemed like he wished he hadn’t made it, in a way. (Alan Moore also does this. He carefully and articulately dismantles early work he doesn’t think works correctly, like his Batman comic The Killing Joke).

As with J.K. Rowling, when this happens with other artists, fans tend to get mad. But the fact is, the artist is no more required to like their past work than you, the reader, are.

It’s exciting, though. It is such a level of openness and honesty with you, the fan, that you should treasure it. Here is Rowling talking about pondering Harry Potter in as much detail and careful thought as a devout fan might do on a forum somewhere…except she’s the author. You are not only getting a remarkable amount of opinion and useful information to think about, you are getting an underlying message that is priceless, which is I care about this precisely as much as you do, and I think we should discuss it thoroughly. That honesty is exciting and rare. I keep repeating myself, but it’s so rare, I can’t help it.

This honesty and detail leads to Rowling recounting all the ongoing family trees of the Potter characters after the books, leads to her pointing out that Dumbledore was gay, even if it never played a part in the books (except the huge part of being a major part of Dumbledore’s personality) and of her musing on who should’ve married whom and why things could’ve been differently. My favorite Harry Potter movie poster of them all.

I always worry a bit when the outrage fires up that she’ll temper her honesty and her willingness to discuss her work with us so openly and thoroughly. It hasn’t happened yet, and I hope it never does, because I treasure the detail every single time. If nothing else, it is invaluable for young writers out there to be able to experience the books, the thought processes, and the other ways the story could’ve gone. Suddenly it isn’t a great infallible slab of writing, it’s a very human and messy process that could go lots of ways. That’s useful to know.

I hope you’ll keep this in mind when next you read Rowling discussing her work like this, and I hope you’ll be willing not to get mad about it, but to consider what we’re being given and how it might be useful. Save up the outrage in case she does go George Lucas on us and in thirty years time, re-releases Harry Potter with added CGI aliens and a goofy sidekick and replaces Severus Snape with a tentacle monster named Baddie McConflictPants. I don’t think this’ll happen, but let’s all save up our outrage until then, okay?

For now, let’s take a deep breath, then remind ourselves that the books are unchanged. The movies are unchanged. And the author is as wonderfully happy to discuss ’em all as we, the fans, are.

And anyway, who cares who gets married to whom. We all know how it’s all gonna end anyway. What’s the point.