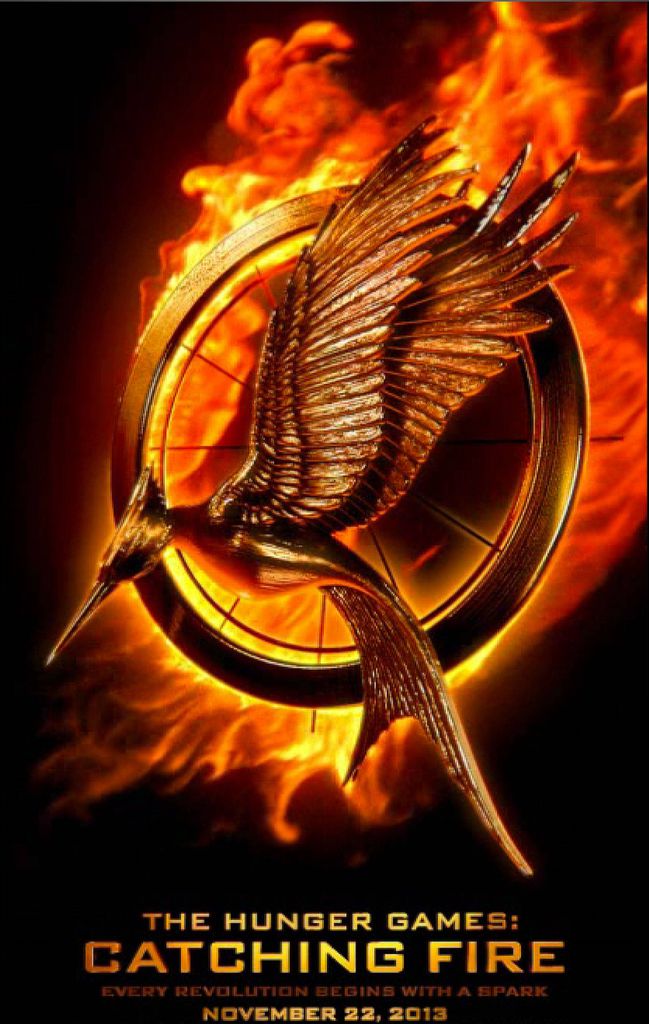 [Editor’s note: Get the Kobo ebook edition of Catching Fire for 75% off this weekend only using the code “catchingfire75”] 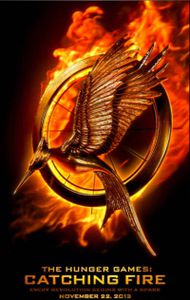 Unlike most of its kind, the second book in The Hunger Games series is arguably the best. I loved Catching Fire when I read it, and so I was somewhat anxious about seeing the movie.

I mean, I enjoyed The Hunger Games movie last year. I’d even say that I quite liked it. But Catching Fire was a whole other beast. The text itself is more intense and more violent than the first book.

And let me tell you, this movie delivered. It was note-for-note what the adaptation should be. It did not once shy away from the themes and imagery of the source material. This was an instance where the filmmakers took a chance on the idea that people might want the movie to reflect the actuality of the text, and not some watered down mass-friendly version. (Ahem.)

(Spoilers from here on out, kids.)

All the actors seemed more comfortable in their roles this time around. Josh Hutcherson and Jennifer Lawrence were even better as Peeta and Katniss, turning the charm on and off for the Capitol cameras, and stripping down to the rawest of emotions when they’re back in the Arena.

You start to see the relationship’s boundaries reshape as Katniss goes from acting-in-love to realizing that her feelings about Peeta are more complicated than she likes to think. That’s not to say that Gale didn’t get some smooches, of course.

… There was a lot of smooching. At first, it was jarring. Gale is kissing Katniss, and then Katniss is kissing Peeta for the cameras. But, you realize, this is what Katniss did. She wasn’t sure about anything. Gale pressures her for an admission of love, and our Lady Heroine reiterates that she can’t think about it, what with being the icon of a revolution and trying to save her family. (It’s a pretty awesome moment.) 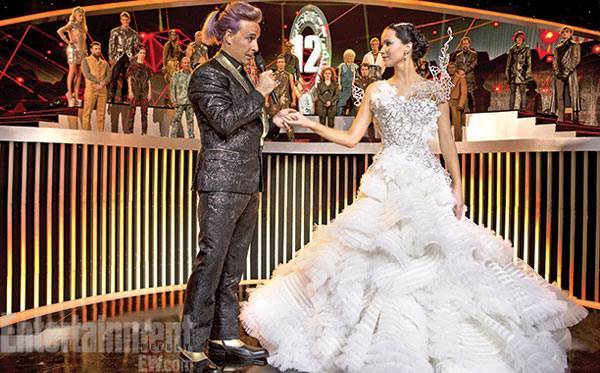 You’re seeing several sides of everyone in this movie. Katniss as tribute, victor, symbol, and a scared girl. Peeta as a boy in love, a martyr, a very canny tribute. Gale as someone who’s in love with his best friend but wants to be a revolutionary. Elizabeth Banks gives such depth to Effie Trinket that people cried (well, I cried, in any event).

The movie runtime is roughly 2 ½ hours, but it doesn’t feel like it. The pacing is great. It starts with President Snow trying to keep Katniss in line, by threatening her family and Gale. She tries, but with each stop on their victory tour, more people fall behind the Mockingjay as a beacon of hope for the downtrodden districts.

Without Katniss realizing it, this begins the game of chess between her and the Capitol, embodied by President Snow (Donald Sutherland) and the new Game Maker, Plutarch Heavensbee (Phillip Seymour Hoffman). They work behind the scenes to discredit her with the populace, and when that doesn’t work, devise a way to strip Katniss and all the former victors of their potential for martyrdom by placing them back into arena for the 75th Annual Hunger Games.

There’s a lot of anxiety, of course. Katniss is hellbent on saving Peeta, forcing Haymitch to promise that no matter what, they make sure he’s the winner. There are scenes in the Arena that are downright horrifying. One of my only complaints is that Peeta at times comes off as too useless, forcing Katniss to rely on Finnick more than once.

Speaking of Finnick, man oh man, did I not have high hopes when I heard that Sam Claflin had been cast as the egotistical (hot-hot-hottie-hot-hot) Finnick Odair. But he was one of my favorite parts of the film. He did a great job embodying Finnick, and laid the groundwork for the character’s storyline in Mockingjay.

One of the best aspects of the movie is the coverage of the unrest among the districts. They echo the scene in The Hunger Games when Rue’s district revolts at her death. There’s a powerful scene where Katniss barely witnesses the execution of an old man who dared to salute her during her speech in District 11.

There’s so much I didn’t mention (for example, Jeffrey Wright and Jenna Malone both have excellent turns as past victors), but I want to leave at least some to the imagination. And there’s a lot left out (the Avox subplot is one glaring omission). But as a book-to-screen adaptation, this ranks pretty high on my list. It was satisfying and terrifying and heartbreaking. It ends on a major cliffhanger, sowing the seeds for the much anticipated Mockingjay Part 1 (Winter 2014), but it stands as a great film on its own.