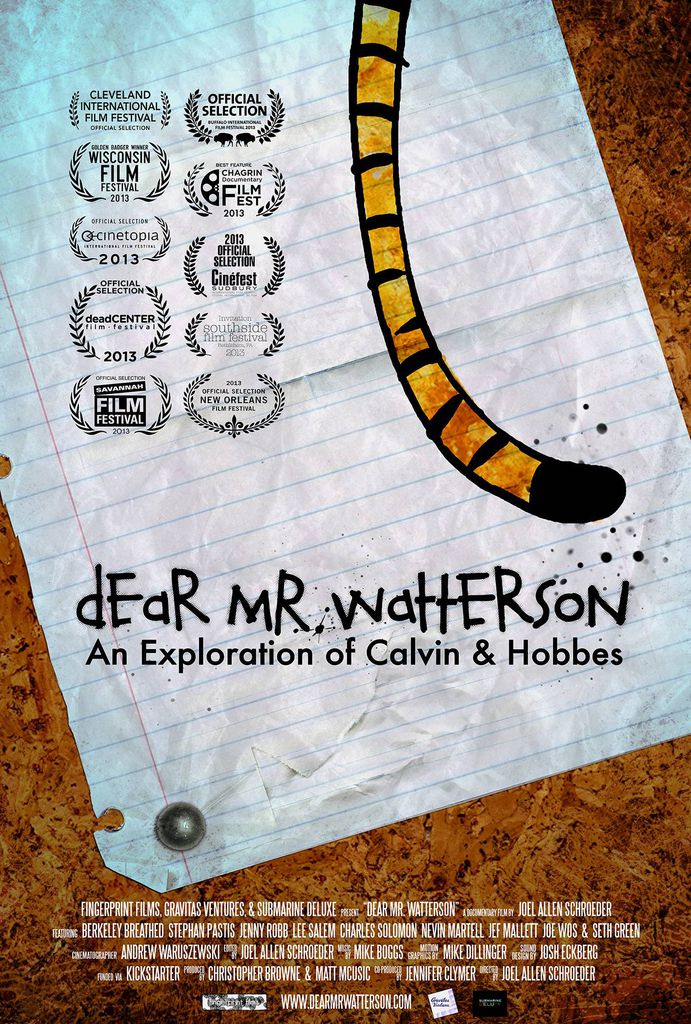 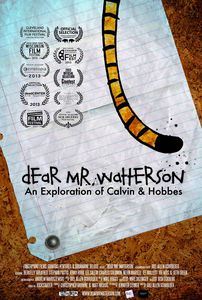 “As far as I’m concerned, if something is so complicated that you can’t explain it in 10 seconds, then it’s probably not worth knowing anyway.” – Calvin, The Indispensable Calvin & Hobbes

So, my short review: If you’re a Calvin & Hobbes fan, go see this movie.

In the 18 years since the last strip ran (yes, that’s right, eighteen years, pause while we all reflect on how old we are), Calvin & Hobbes hasn’t been out of the public consciousness. New kids are discovering Bill Watterson’s strip every day, through libraries, schools, or their parents. The collections are still sold through the Scholastic Book Clubs and Fairs, and I know more than a few parents who are eagerly waiting to introduce their kids to one of the “best strips of all time.”

As part of attending New York Comic Con as a press correspondent, I got invited to see a preview of the documentary Dear Mr. Watterson: An Exploration of Calvin & Hobbes. I, of course, jumped at the chance. Calvin was my hero as a kid. (I didn’t even care that he would probably think I was totally G.R. O. S. S.)

Dear Mr. Watterson opens with stories from fans of their first memory of Calvin & Hobbes. Cartoonists, readers, and the random celebrity chat about the first time they met the rambunctious six-year-old and his imaginary best friend. I identified with the director who noted that he couldn’t remember exactly when Calvin had come into his life, only that the twosome had seemingly always been there.

The documentary works as a true love letter to Bill Watterson. It doesn’t matter that the addressee in question predictably does not make an appearance because this movie is exactly what it sets out to be. From the synopsis:

“Dear Mr. Watterson is not a quest to find Bill Watterson, or to invade his privacy. It is an exploration to discover why his ‘simple’ comic strip has made such an impact on so many readers, and why it still means so much to us today.”

Cycling through seeing first prints and conversations about “the last great cartoonist” with other comic strip greats like Berkley Breathed, Bill Amend, and Jan Eliot (among many others), Dear Mr. Watterson will have you jonesing for your C&H collections, just so you can run your fingers over the print like you can pull the strips back into your body through osmosis.

It’s not all sunshine and happiness though. The filmmaker, Joel Allan Schroeder, doesn’t shy away from discussing the licensing controversy sparked by Bill Watterson’s Ohio State University speech, The Cheapening of Comics, delivered in 1989. In it, he speaks against the licensing and over commercialization of comics and characters. And in giving the speech, he upset some of comic’s greatest icons (I’m looking at you Snoopy-selling-me-Metlife-insurance).

Depending on who you talk to, Watterson’s decision to not license Calvin and/or Hobbes lost him potential income of anywhere from 10 million to 300 million dollars. I had the sobering thought of, “what happens when Bill Watterson dies” when the President of Universal Uclick, Lee Salem, let drop that they actually still own the license to Calvin & Hobbes.

Schroeder also lightly touches on the future of comics in a world where the comic strip has gotten cut down and shrunk smaller and smaller to allow newspapers to still exist. My only criticism here is that no where does anyone mention the potential of the web comic. I quoted earlier that Bill Watterson was called “the last great cartoonist” but only in part because of his work. The other part was because today’s shortened-attention-span culture wouldn’t allow for something like Calvin & Hobbes to exist in the same way.

I understand the point, but I’m not sure I agree with it.

The documentary was a solid one, and I’d suggest seeing it if you’re a Calvin & Hobbes fan. And if you’re not, well, then I don’t believe you’ve read it.

Check out the trailer here.