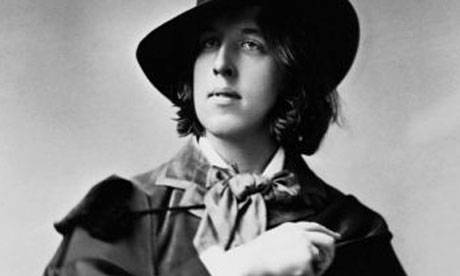 Oscar Wilde would have celebrated his 159th birthday earlier this week. He is one of those writers who wrote a bit of everything, including poems, essays, children’s stories, plays like The Importance of Being Earnest, and one single novel, The Portrait of Dorian Gray.  Wilde was a victim of Victorian attitudes toward sexuality. He served two years in prison for the alleged crime of “gross indecency” with another man.

His story is one that has resonated with  the artistic community for decades, and he is viewed by many as a pioneer in the struggle for gay rights. on the occasion of his 150th birthday, the first of the videos below was commissioned to pay tribute to the man – both his writing and his life.

Don’t worry. I included some Monty Python, too. I’m not going to let things get too serious.

Category ID: 1372
Category ID: 476
Check Your Shelf Newsletter
Sign up to receive Check Your Shelf, the Librarian's One-Stop Shop For News, Book Lists, And More.
Thank you for signing up! Keep an eye on your inbox.
By signing up you agree to our terms of use
[youtube]http://www.youtube.com/watch?v=E0B4bJQYdQQ[/youtube]

The Selfish Giant (from a story by Oscar Wilde) – Animated Film

And while this is not a video, it’s one of the most interesting Oscar Wilde tidbits that has appeared on the internet in a long while, via The Toast.