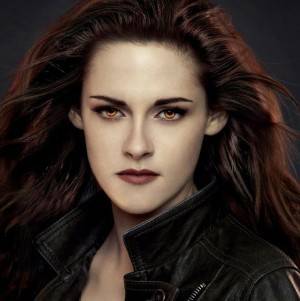 One of the things that really bothers me in popular culture is historical forgetfulness, especially in regard to women’s history. I don’t know how many times I’ve come across a historical novel where the author makes the assumption that women of the past were of course less “liberated” than contemporary women and therefore always followed the rules and never did anything on their own. Yeah, those women who fought for and eventually won the right to vote—such shrinking violets.

There’s plenty of evidence (not to mention common sense) to dispute those assumptions; but possibly the most effective refutation can be found in classic novels from centuries past, wherein female characters ARE independent and get shit done. Many classics even put modern novels to shame in terms of female agency and passing the Bechdel Test. For example…


A divorced, single mother with a teenage son, Emma McChesney is one tough cookie. She’s a full-time career woman who sells petticoats door-to-door and faces challenges, harassment, and discrimination from her male colleagues all the time. Nevertheless, Emma is more successful than all of them. Roast Beef, Medium is the first in a trilogy of books about Emma and her professional life. Every chapter deals with a different challenge that she has to overcome. Anyone who thinks Edwardian ladies were all polite, soft and compliant housewives need only read this book to be proven wrong. In fact, I’m not sure whether to be amazed or depressed by how similar Emma’s experiences are to those of career women today. It’s not exactly “women’s lib”—Emma romanticizes being a housewife, probably because the grass is always greener and all that—but it does pass the Bechdel Test, and Emma is an independent character who meets every challenge presented to her. She’s truly heroine material. 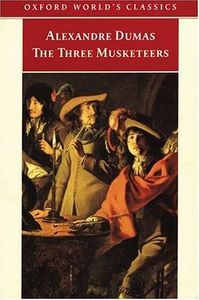 The Three Musketeers by Alexandre Dumas (1844)
Male author shout-out! One wouldn’t expect an adventure novel about four soldiers to pass the Bechdel Test or have a kick-ass female character, but this one does, and she’s one of the greatest literary villains ever written. Lady de Winter takes care of herself and she’s pretty good at, judging by the fact that she went from a poor homeless urchin to a wealthy and powerful countess two times over. Not only does Lady de Winter get shit done, she drives the action and plot for practically the entire second half of the novel. Of course she IS a villain; but like all of our favorite villains, she’s also a sympathetic character. I’d want to kill most of those guys, too, honestly. Though her actions are deplorable, you can’t help but admire her cleverness and resourcefulness. Even better: Dumas based Lady de Winter on several real women from history.


Category ID: 1372
Category ID: 473
Unusual Suspects Newsletter
Sign up to Unusual Suspects to receive news and recommendations for mystery/thriller readers.
Thank you for signing up! Keep an eye on your inbox.
By signing up you agree to our Terms of Service
If you were a fan of The Baby-sitters Club books, then The Seven Sleuths’ Club is right up your alley. In fact, it wouldn’t surprise me at all if Ann M. Martin read this book when she was a kid. Like The Baby-sitters Club, The Seven Sleuths’ Club is about a group of girls (high school, in this case) who are friends and band together to solve “mysteries.” Most of their time is actually spent dealing with parents and siblings, school, and helping out people in their town, so the title is a little misleading, but whatever. I’m not sure this book shows female characters as having a lot of agency, considering nearly all the plot developments are driven by males—the formation of the SSC, for example, was a response to the boys starting a Conan Doyle Club, then refusing to invite the girls to join because “girls can’t solve mysteries”—but it does pass the Bechdel Test and in the end the girls’ and boys’ clubs join to form a society of equals. Also, there’s a boy who makes bookends for one of the girl characters for Valentine’s Day because he knows she likes to read. So sweet! I might have teared up. 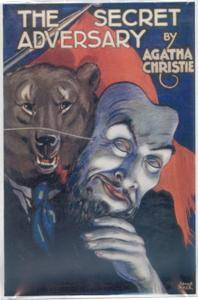 The Secret Adversary by Agatha Christie (1922)
Christie’s second novel is a sublimely ridiculous tale of London spies and hijinks starring Tommy and Tuppence, everyone’s favorite crime solving couple. This book is crazy, non-stop fun with plenty of plot twists and snappy dialog; but what really makes the novel is Tuppence—a fearless, creative, and smart woman who I want to be my best friend. She’s what one might call a go-getter, if one actually lived in this book. It’s Tuppence who gets the story started by convincing Tommy to start a business with her as, “Two young adventurers… No unreasonable offer refused.” Of course, as soon as they decide to place an ad in the paper, some unsavory type hires them. Tuppence is a character with more agency and personality than most female characters one encounters on TV and in books in the 21st century, AND The Secret Adversary passes the Bechdel Test. Did I mention it’s a really fun book with spies? Definitely a must-read.


Rinehart is most famous for her mystery novels (which are excellent), but she also wrote non-mystery novels. In The Amazing Interlude, Sara Lee Kennedy leaves her home and fiancé (who’s kind of a controlling dick) in Pennsylvania to open a soup kitchen on the front during World War I. Of course, one cannot just traipse out onto a battlefield and open a kitchen; and when Sara Lee tries to, she’s suspected of being a spy. On the plus side, she makes tons of awesome friends, including a cute French soldier, in pursuit of her goal. But will the fiancé ruin all her fun? Sculptor Louise Nevelson once said “Life isn’t one straight line. Most of us have to be transplanted, like a tree, before we blossom,” and The Amazing Interlude is a story that embodies that adventurous and independent spirit.

Of course, I can’t read ALL THE BOOKS (alas and alack), so here are some more books from my fellow Rioters with female characters that drive the action and narrative and pass the Bechdel Test:

What classics would you recommend? They don’t have to be canon!