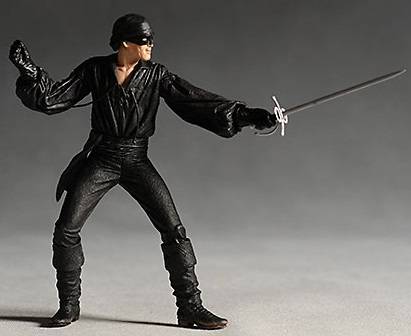 I have a weakness for reading about a certain type of literary gentlemen, and they’re not really the most respectable fish in the sea.

I’m talking about rakish Robin Hood types with a propensity for sarcastic banter. They’re clever and sassy, handy with both a rapier and a rapier wit, but never excessively cruel. They could kill you easily, but they’re not going to (or if they do, they’ll probably feel bad about it later).

My ideal rogue is a con-man who deceives people primarily for the greater good, a thief who tries to steal only from those who can afford the donation, an seemingly cold-hearted assassin who balks at targeting innocents.

Basically he’s a lot like Han Solo, but with a cape and a sword.

Seregil from Lynn Flewelling’s Nightrunner series is the king of this category, as far as I’m concerned. Seregil is a nobleman with a checkered past and a healthy dose of heartbreak behind him. He can pick any lock, crack any code, identify silver versus gold by feel in a dark room, and thrust and parry a witty repartee with the best of them. He enjoys the challenge and perks of being an excellent thief, but he’ll also never leave a friend in a pinch and looks out for the innocent bystanders who could be hurt by his schemes. I know he’s not real and his sexual proclivities mean that I don’t personally have much of a chance, but I would happily read about him all night long.

Another contender on the list: Locke from The Lies of Locke Lamora. Didn’t you have a crush on him by the end of the title? I’m actually still not sure how much I liked this novel as a whole (I have feelings about the ending), but I just loved reading about the initial adventures of Locke and his merry band of mischief makers, the Gentlemen Bastards.

And, of course, George Cooper from Tamora Pierce’s Song of the Lioness quartet. Oh, you like George too? That’s too bad, because unless you have purple eyes and copper hair, I will fight you for this ear-collecting King of Thieves. George may cut off and preserve the appendages of people who displease him too many times, but if you’re his friend or a lady he loves he’ll go to the ends of the earth for you, no matter how dangerous it might be.

Does anyone out there share my love of reading about underhanded, ideally sword-wielding rascals with secretly sound moral compasses? More importantly: does anyone have a literary rogue you think I need to meet? Book recommendations, please!

Top image is via.