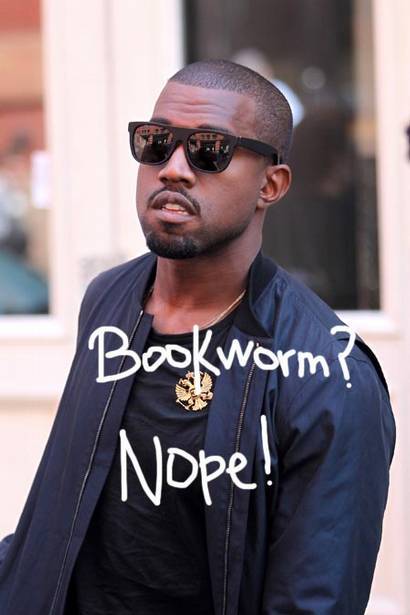 Some people’s life stories you want to hear blow-by-blow as they unfold, and thanks to the proliferation of gossip rags, the E! channel, and TMZ-style websites, you can get instant satisfaction for that urge. But other people…well, their stories are better told with the benefit of time, distance, and a more complete understanding of how they changed the world. This is a post about those folks, the ones we’re fascinated by now and about whom we’ll want to read big, juicy biographies a couple decades down the road.

We teamed up with our friends at Biographile to pick the top 20 biographies we’ll want to read in 40 years. Check out Team Riot’s 10 choices here, and pop over to Biographile to see their picks. 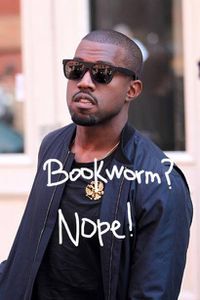 Kanye West — Is he a musical genius, or just a genius conman? We’re not sure, but we like him (even though he is a self-proclaimed “proud non-reader of books“), so we’re gonna let him finish. From the “Gold Digger” days to Kimye and beyond, a biography with several decades’ perspective on the man (the myth, the legend?) is bound to be filled with juicy gossip and the final word on his legacy (or lack thereof).

James Franco — Dude acts, writes, gets MFAs, makes films out of Faulkner movies. Who is he, and what is he really after?

Crazy Kids: Ke$ha, Miley, Gaga, and the Millennial Pop Star Moment — You hate yourself for it, but you know all the words to “Party in the USA,” and you can’t help cranking up the volume and rolling the windows down for “Bad Romance.” What is it about the young women of millennial pop, and where will they be in 40 years? Will we still be waking up in the morning feeling like P. Diddy and moving our hips like yeah? This biography-cultural studies combo will answer!

Neil Gaiman — One of the most prolific, innovative, and beloved authors of our time, Gaiman seems to be up for and able to do anything. He writes novels, experiments with technology and storytelling, creates video games, and is married to Amanda Fucking Palmer. We’re just as interested in his life as we are in his work, and his is one legacy we know will be unforgettable. 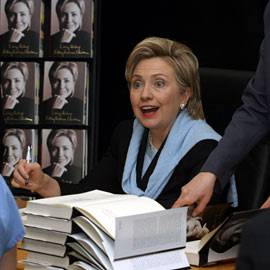 Hillary Clinton — She’s been the First Lady, a senator, the Secretary of State, and a meme. She stayed married to the man who committed one of the most controversial and well-publicized acts of infidelity in the 20th century. She knows her way around a pantsuit and a scrunchy. She’s a strong, intelligent woman who makes no apologies for who she is. Hers has been a fascinating life already, and a comprehensive biography 40 years from now would be simply irresistible.

Elon Musk — He backs a prize for private spaceflight and now he is revolutionizing the automobile industry with Tesla all-electric cars. His next project, Hyperloop, is supposed to be some sort of ultra-high speed LA-SF transportation, but no one can figure out quite what it is.

Evan Williams — He revolutionized blogging with Blogger, founded Twitter, and now is heading up Medium. This guy is basically the Gutenberg of individual digital publishing. 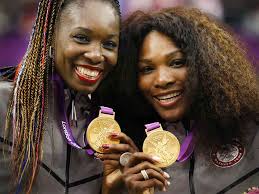 The Williams Sisters: Venus and Serena have dominated women’s tennis for longer than anyone thought possible. They are professional athletes, fashion designers, businesswomen, and iconoclasts. They don’t play by anyone’s rules but their own, and their post-playing careers might even be more interesting than their reign on the courts.

Tavi Gevinson — At the age of 12 (in 2008), she founded a popular teen fashion blog. At 15, she shifted her focus to pop culture and feminism to found online magazine sensation Rookie. She writes, acts, campaigns for political candidates, and gives inspiring TED talks. She is shaping the way a generation of young women think about and live in the world, and she’s not even old enough to buy a beer or cast a vote. She’s just getting started, and hers is a story we want to follow. 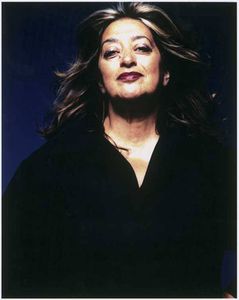 Zaha Hadid: This Iraq-British woman was the first woman to win The Pritzker Prize (think Nobel Prize for architecture) and won The Stirling Prize (Think Booker Prize for for architecture) back-to-back in 2010 and 2011. Her undulating, futuristic buildings look like something from a world to come, and she is poised to be the next architect with the same name recognition of a Frank Gehry or a Frank Lloyd Wright. This is going to be a distinctly 21st century life lived across continents and in building form.

Your turn, readers! Whose biography will you want to read in 40 years? Share in the comments, and don’t forget to hit Biographile for ten more selections.