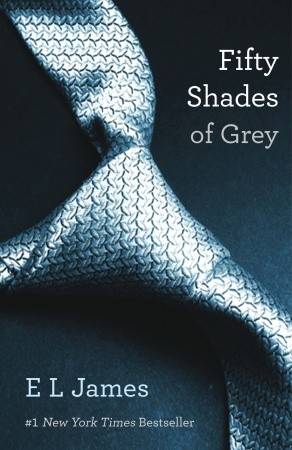 One of the things I love about reading classic novels is that they help me understand contemporary fiction in a different context. When I read The Sheik—the inspiration for the movie starring Rudolph Valentino—I felt like I had learned something, but I wasn’t sure what that was until I started thinking about The Sheik in the context of Fifty Shades of Grey. On the surface, the two don’t have much in common: For one thing, EM Hull was a much better writer than EL James is. For another, Diana, the heroine of The Sheik, isn’t a shy or hesitant young woman in any sense, and Fifty Shades is hardly a “captivity romance.” But they are both stories whose heroines go on a epic journey that, rather than being romantic, concludes with a cynical reinforcement of social norms concerning both race and gender; and they were both incredible commercial successes.

Should you read both of these books? I can’t say I liked either, but I do think they are worth reading for curiosity’s sake. And if you read one, you should definitely read the other. 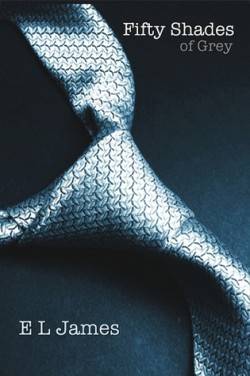 I’m not going to review this book because 1. I already did, and I hated it; and 2. there are plenty of reviews out there, including a two-parter on Book Riot. But I will say I thought Fifty Shades of Grey was a piece of poorly written, unromantic, derivative caca. Obviously I’m in the minority in that opinion, and if you enjoyed it, great. Honestly, I’m not going to harsh on anyone’s love of this book, but I reserve the right to be critical of the book itself.

I will say one thing for Fifty Shades of Grey: it’s not boring, probably one of the major reasons why it’s been so successful (any authors listening out there? BORING BAD). It brought both romance and BDSM erotica into the mainstream, and in some respects it is representative of the romance genre. One of my friends said she loved Fifty Shades because it demonstrated the sort of sweeping, epic romances that were popular in the 1980s could still be commercially successful; and I can see what she means, although I’m not sure that’s how the publishing industry interpreted the reason for its success.

Category ID: 1372
Category ID: 475
Kissing Books Newsletter
Sign up for Kissing Books to receive news, book recommendations, and more for residents of Romancelandia.
Thank you for signing up! Keep an eye on your inbox.
By signing up you agree to our terms of use

Meanwhile, Ana’s other beau, the token ethnic character, José, seems more compatible for her sexually and personality-wise. But she’s never going to hook up with him, why? The obvious answer is because he’s not rich, but I would suggest two additional reasons: because he’s Hispanic and a brony—oh wait, I’m confusing Fifty Shades with Fifty Shames of Earl Grey again. The point is, José’s not man enough for Ana because he’s beneath her on every socio-economic level.

Fifty Shades may copy the plot of Twilight, but the message and tone is very different. Twilight is romantic in the literary sense of word, whereas Fifty Shades is a romance only in the sense that it imitates the tropes of the genre. The final message isn’t about finding love, but rather about becoming a woman proper by accepting one’s role as the sexual object of a man, the vessel of his desires and needs. That’s why Ana isn’t a submissive in the book—if she WANTED to submit, there’d be no point to the (rather bland) BDSM elements. She has to learn her place and accept it. 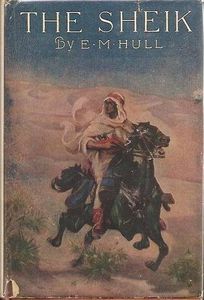 The Sheik by E.M. Hull

Diana Mayo is a rich, spoiled, arrogant bitch who’s used to getting exactly what she wants, when she wants it. And what she wants at the start of The Sheik is to travel through the African desert by herself, with no one accompanying her except a few Arab guides. Clearly this plan has Bad Idea written all over it, but Diana’s completely unconcerned, even defiant, declaring before she leaves, “I will do what I choose when and how I choose, and I will never obey any will but my own.” Naturally the gods can’t ignore such a challenge, and soon Diana finds herself kidnapped by a sheik named Ahmed (not that his name matters) and forced to become his sex slave.

The Sheik has been called the first modern romance novel, and I can definitely see connections between The Sheik and certain types of romance novels, particularly the rapey ones that were popular in the ’80s (and that I hated, by the way). Yet, as with Fifty Shades, I wouldn’t call The Sheik a romance by any means—it’s more of a personal journey, like The Odyssey, only in this version Odysseus has Stockholm Syndrome and never makes it home.

When Diana (yes, she is a virgin huntress) first sets out on her journey, she believes her gender to be inconsequential to her identity and wants nothing to do with men as either sexual objects or protectors. She has no plans to ever marry or become a mother. By the end of the book, she’s desperate to submit herself to the sheik and bear his children. This is terribly surprising, but what’s telling is how it happens.

Some might conclude Diana eventually submits because she is repeatedly raped by Ahmed, but it’s more complicated than that. I don’t think EM Hull is promoting rape culture; instead, she shows it as pretty horrific. There are no sex scenes in the novel, of course (this was written in 1919), but it’s obvious what’s happening, and there are suggestive scenes that serve as a metaphor for what’s occurring to Diana. One particularly terrible scene is the breaking of a horse, where every man in Ahmed’s camp takes turns at riding it until Ahmed finally succeeds in forcing it into submission. Not only does this scene feel like a gang rape, it couldn’t have been more obvious that being broken is in Diana’s future. Indeed, Diana is often compared to a horse or a dog.

Learning her place, like a horse or dog, to be ridden and to be loyal to her owner, doesn’t happen through rape but through her psychological breakdown—she only finds Ahmed attractive after she’s been broken. In point of fact, after he kills her beautiful horse. Then she suddenly wakes up and…

With a start of recollection she realized fully whose arm was round her, and whose breast her head was resting on. Her heart beat with sudden violence. What was the matter with her? Why did she not shrink from the pressure of his arm and the contact of his warm, strong body? What had happened to her? Quite suddenly she knew—knew that she loved him, that she had loved him for a long time, even when she thought she hated him and when she had fled from him.

Mmmhmmm. Slow down, crazy. But the real question is, what makes the sheik so special? Diana is pursued by every man she meets, in both England and the desert, and is raped continually throughout the novel by several men, not just the sheik. Yet Ahmed’s the only one she submits to, even under the threat of being killed by one of Ahmed’s rivals. Why? Naturally Ahmed’s rich and handsome, so that’s a plus, but he’s also not all that he appears. What separates the sheik from the other desert “savages” is that he’s actually an European aristocrat. Ahmed reigns over the desert, the other “savages” who live in it, and Diana not just because he’s an alpha male, but because he’s bringing civilization to the wilderness, baby. If these two share anything in common, it’s a disregard of English social norms, something they ignored to their own detriment.

In the end The Sheik is a very cynical novel about how inescapable social hierarchy is, a pecking order that’s not a cultural construct but an act of God and the natural order. Diane’s place as woman is to submit to man, in her actions and her bed, and to pump out a bunch of kids. Ahmed’s place as an aristocrat is to rule over her—and other men, and beasts. The end.

I’m certainly NOT saying all romance novels reinforce gender hierarchies and cultural norms like The Sheik and Fifty Shades of Grey, but I think these two particular novels do, and in similar ways. They each give the reader the thrill of sex and fantasy, even of a sort of female adventure, while at the same time telling women AND men not to fight against gender assumptions or cultural biases, to learn their places and be happy there. This is a tricky message to give without coming off as sentimental, preachy, or delusional, and the fact that both The Sheik and Fifty Shades of Grey managed to do so might account for the novels’ mutual commercial success. They’re thrilling but not challenging.

Today The Sheik‘s misogyny and racism overwhelms the elements of the book that make it a compelling read—which it still is, in a weird way. Maybe Fifty Shades will be in a similar position a hundred-ish years from now, maybe not. Either way I think The Sheik deserves more attention as the antecedent to novels like Fifty Shades of Grey.