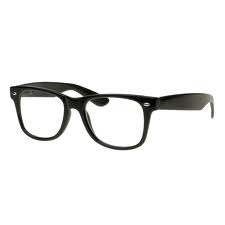 I have a shameful secret: I used to be really snotty about books. My reading rules have remained astonishingly the same over the years (though embracing ereading did add a big one to the list), but I’ve undeniably evolved as a reader; along the way, I realized my snobbery was only bringing me down, so I let it go. Changing my book-acquisition habits was the first step to recovery. Here’s how I ended up in Snobtown and how I found my way out.

When I was a kid, I devoured books. My tiny, tiny, sad school’s library was so paltry that I was allowed to check out “high school” books by third grade. The public library was no help at all after the librarian accused me of stealing a book I’d never checked out, which totally scared me away. (I swear I was reading the Baby-sitters Club books in order and was at least ten away from the one in question. That mystery was solved eventually, but I’ve forgotten the outcome.)

By 15, I had become an insufferable snob. The school placed me in the gifted, a.k.a. Extra Homework, program (did I mention how small my school was, small and rural). I only liked “weird” music and read classics, poetry, and stuff no one had heard of (somehow, Neil Gaiman fell into that category). I worked a gothy vibe and came alive in English class. If I had to do extra homework, at least it got to be for my favorite class. Mr. Smith gave me complete control over my extra projects, so I wrote a crapload of angsty poetry and called it a day. He gave it all back to me, mercifully without comment, years later. Since I knew no one except my teachers and a couple of close bitches (I mean that fondly) liked me anyway, I stopped reading as much and started actively cultivating my weirdo image by writing more. I acquired fewer books and more CDs. Despite all the amazing poetry (Plath! Cummings! Frost!) I was reading at the time, I wanted my poems to sound like Tori Amos songs.

In college and grad school, I almost exclusively read books for classes and research, taking breaks for Harry Potter. I became an even bigger book snob. My only writing, too, was for class (and a long-defunct LJ); eventually, maintaining an academic tone shut up the creative weirdo who liked slang and sentence fragments. I lost my teenage hubris and started giving a bunch of damns what other people thought since you kinda have to when you’re being graded. I loved those years, but they were stressful.

When ereaders started to get popular, I was rabidly anti. Kindle? Like kindling to start a fire for burning paper books?! WTF is this, Fahrenheit 451? (It’s fine if you don’t like ereaders. You’re probably not a jerk about it like I was.) In 2007, I finished graduate school, got my first job, and moved into my very own apartment. Suddenly, I was a book hoarder with disposable income and walls to fill, which I did by ordering books and going to local bookstores several times a month. Library? Pssshhh, I have to give those books back!

After helping me with several moves (five in five years), my husband bought me an ereader for Christmas in 2010 (a hint?), and it was a revelation. I’ve slowly given up my paper book-hoarding ways. I just—gasp!—don’t feel as attached to books-as-objects as I once did. It no longer matters to me if the book I’m reading smells delicious and is made of paper. Jeanette-from-2007 would find this unthinkable and accuse me of wanting to do away with paper books entirely. Of course that’s not what I want, and I don’t think it’ll happen anyway.

These days, I check the public library’s online card catalog first when I come across a book I want to read. If it’s there, it goes on the library list on my phone. If not, I either fill out the purchase suggestion form or add it to my wishlist, now mostly comprised of ebooks. I do still sometimes buy paper copies of my most sure-to-be-loved books (usually ones by certain authors), and if I’m invested in a series I started in paper, I like to keep the set together in that format. Pretty covers no longer sway me; I simply don’t make time to take them down and gaze lovingly at them. Not that there would be anything wrong with that, it’s just not how I while away my spare minutes.

Instead of trying to cultivate some kind of readerly image, I read what I like, how I like, whenever I have time.  Of course, now I run into a new dilemma when I encounter folks who remind me of my former self: trying not to be a snob about not being a snob, trying not to feel superior for not feeling superior in the way they seem to. And obviously, I still dislike what I dislike, but I can’t find it in my heart to think less of you for liking it. Judgmental readers, ugh, I can’t stand them now that I’m not one of them anymore.

I’ve always gone to books for The Learning. For research, yes, but also seeking answers about who I am and what I think, always hoping that within the words is wrapped my elusive self (still a mystery to me after ahem years and thousands & thousands of pages). Never a confident Ginny Weasley or a daring Daenerys Targaryen, I’ve always been part spacy Luna Lovegood, part self-inventing Becky Sharp. It’s a difficult combination; you’d need answers, too. And since you’re here, you’d probably seek them in books. Why did I ever let snobbery get in the way of the search?

How have you evolved as a reader? Did the way you get your books have an effect on the process?