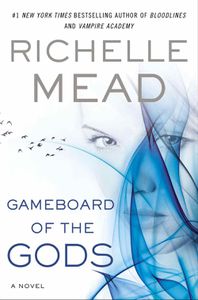 If the last few years in fiction have taught us anything, it’s that the future is really effing scary, and everyone loves to read about it. What’s up with that? Kids and adults alike have flipped for stories that present a look at what the future might be like. It seems we can’t get enough of the guessing, of the edgy tales, of walking right up to the cliff and peeking over into the unknown. And many of these stories? They’re written for younger readers but become equally beloved by adults. So today, we want to know: what are your favorite works of futuristic fiction with mad crossover appeal?

Sign up for What's Up In YA? to receive all things young adult literature.
Thank you for signing up! Keep an eye on your inbox.
By signing up you agree to our Terms of Service
#Pop Culture#Riot Recommendation#Young Adult Literature#gameboard of the gods#richelle mead