This is a guest post by Kelly Jensen. Kelly is a librarian and a blogger at STACKED. She loves black licorice and debating genre. She’s writing a book for VOYA Press on contemporary YA fiction. Follow her on Twitter @catagator.

I like my books dark. The darker, the better. The more the book makes me uncomfortable, the more I want to sink into it. Those books that stick are the ones that make me react, and that reaction comes in discomfort and in being completely unsettled.

My genre of preference is realistic YA. Sure, the first thing you think of is angst, but dark, realistic YA is anything but angst. These books are psychologically disturbing, both for the characters in the story and the reader.

If you’re ready to step into the world of books that will never escape your mind — no matter how much you try to follow up with light and happy stories — take a little walk with me. Think of this as your starter set to messed up characters in messed up situations. No magic will ever save any of these teens. 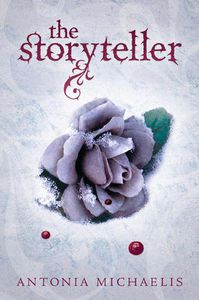 Perfect Anna lives in a bubble. Until the day she meets Abel by way of his little sister. Abel’s called the Polish peddler around school. No one can stand him. But the further Anna falls into Abel’s world, the more she finds one of lies, of secrets, and of a lot of blood. Bonus points for the bloodiest opening scene in a realistic YA novel you’ve ever read. And that may be the kindest part of the story.

Ah, middle school. It’s a time of being awkward, of strange things happening to your body, and it’s also a ripe time to kidnap a four-year-old and chain her in your basement so you can put together a scheme to create a little money. Or maybe that’s just these three kids. Get ready to hate and love and feel so sorry for every one of these characters. (No, really, this book is under 200 pages long). 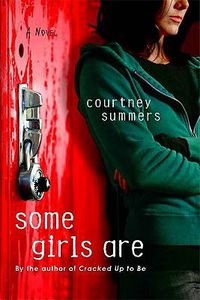 You’re at the top of the social food chain . . . until you’re not. When I say this book is about mean girls, I mean it is about mean girls. What happens when the girl who was popular finds herself the target of those she once called friends? And what happens when no one wants to help her because she’s never been that palatable herself? You have a gut punch of a brutal little world of high school social politics.

Set in the 1980s, so it’s maybe technically historical fiction. Whatever. Shit gets real when Ry Burke’s father escapes from his maximum security prison and heads back to the rural family farm to get revenge. This is a book you read with one hand over your eyes as you experience physical torment like you never have before. It’ll also have you reimagining what can happen to a person in bed — and it’s not sexy. PS, the dog has to die. 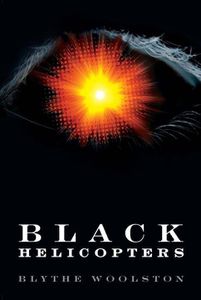 Here’s a happy tale about a teen girl whose father teaches her how to be a bomb. He also does a great job raising her to be paranoid about the government, telling her that her mother was killed by the “black helicopters,” and all the while he partakes in a little bit of human and/or drug trafficking. Not to mention what someone does to her with the barrel of a gun. So she straps an explosive to her body and she’s ready to take care of business.

A couple others, not out yet but fast approaching, that’ll rattle all your pleasant thoughts of adolescent life. . .

Win’s convinced he’s a werewolf. He’s just waiting for that right full moon to emerge and he’ll shed his exterior to embrace the beast within. Except he’s no animal — he’s a horribly bruised and broken human. For that, he thanks his father!

Evan loves to get with the ladies. He scopes out the one he wants, sleeps with her, and moves on. No biggie. Until the time he’s beaten to inches of his life by a couple of dudes who don’t like the game he plays. A brutal look at the lines between sex and violence and what it’s like to be a teen boy learning it’s a pretty damn blurry one.