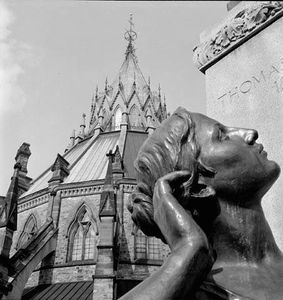 Most bibliophiles probably have an idea of what their ideal library looks like, but don’t get the chance to actually create it. The first parliamentary librarian of Canada, however, more or less did.

Canada’s Library of Parliament was built in 1876 in a neo-Gothic style. Although it was designed by Thomas Fuller, one of Canada’s premier architects of the time, along with Chilion Jones, the real driving personality behind the library’s style and layout was Alpheus Todd, the librarian whose name sounds like a Harry Potter character. He wanted it to be modeled specifically after the British Museum’s Reading Room, which is round with a domed roof that lets in light. Unfortunately—or fortunately?—the architects couldn’t figure out how to install a domed roof without it collapsing. Instead they ordered a peaked metal roof, one of the first wrought-iron roofs in North America (wrought iron construction was the Architecture of the Future in the Victorian era—think of the Crystal Palace or the Eiffel Tower). The doors are also made of iron, though they look like wood. 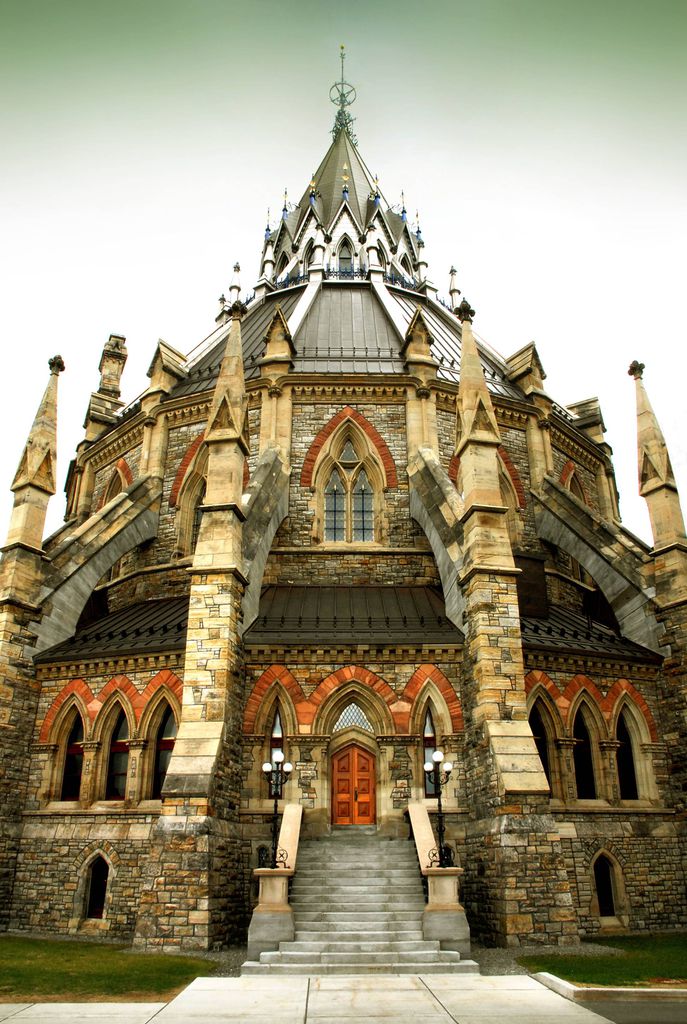 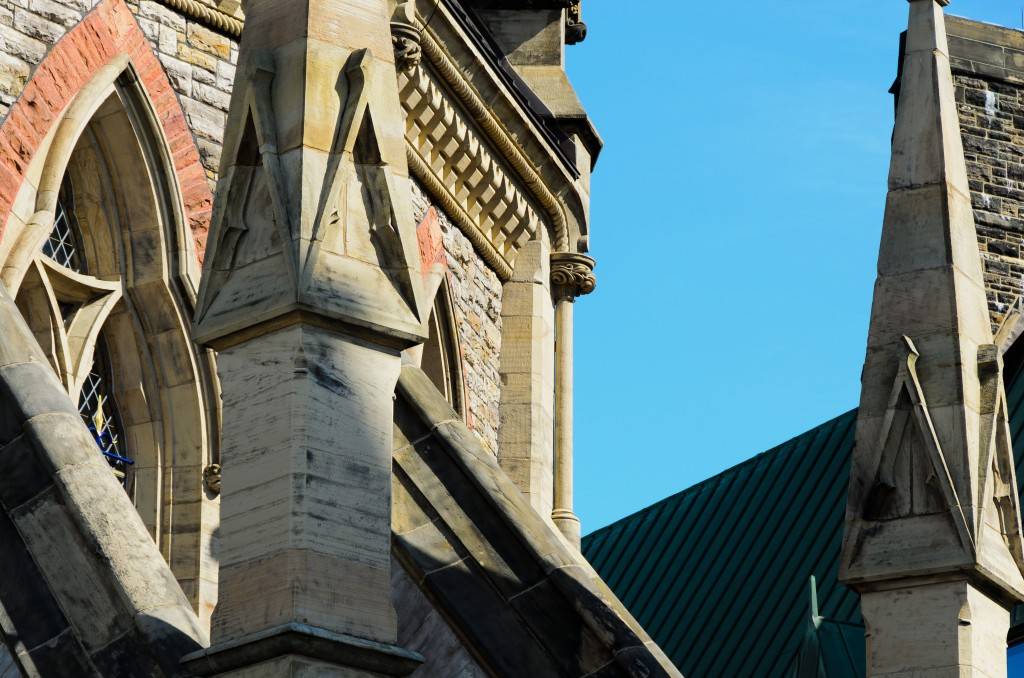 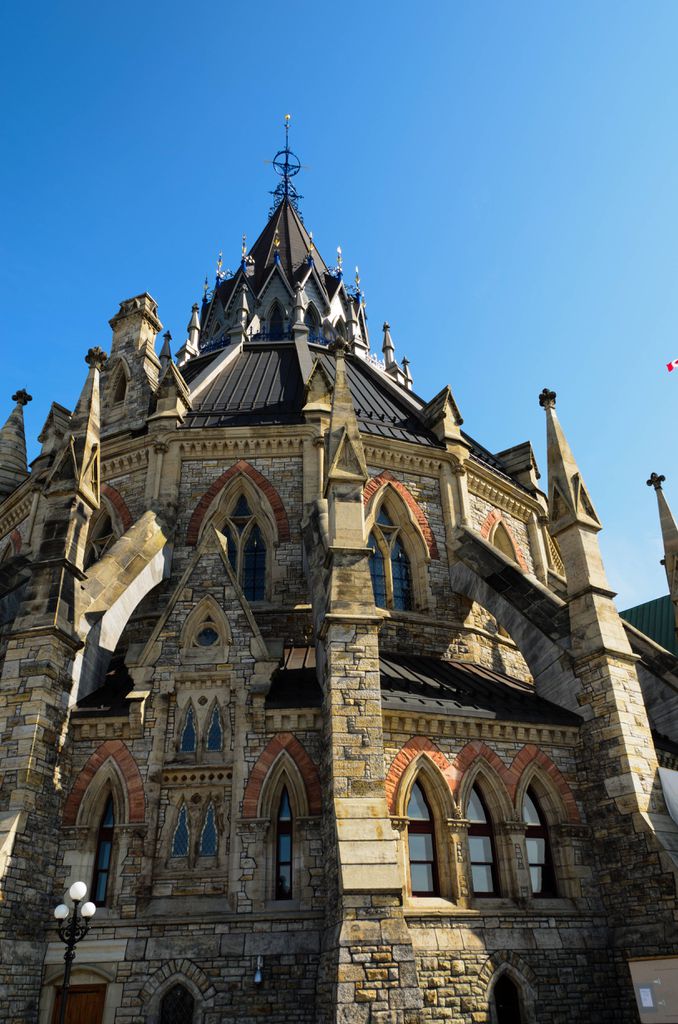 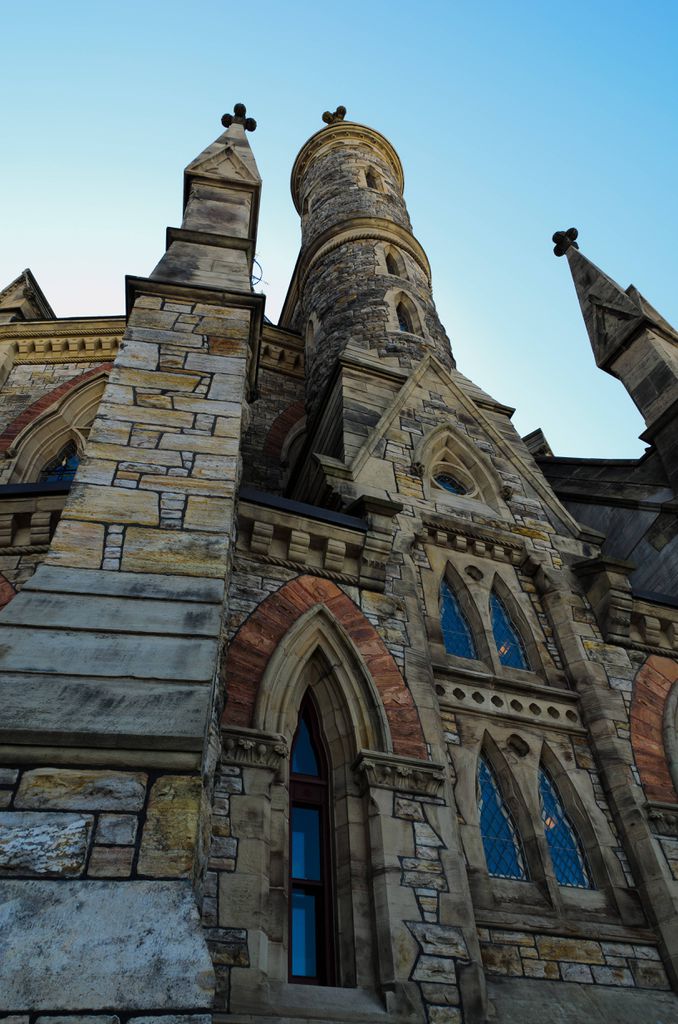 The materials may have been modern, but the design of the library was definitely old skool. Todd wanted the library to look like a medieval chapter house, hence the neo-Gothic design. The exterior has sixteen flying buttresses, finials, and decorative ironwork. The interior is paneled in white pine with fantastical carvings of flowers, gargoyle masks, and mythical beasties, dozens of cubby holes for books, and a statue of Queen Victoria (who donated a good portion of the original collection) in the center of the library. 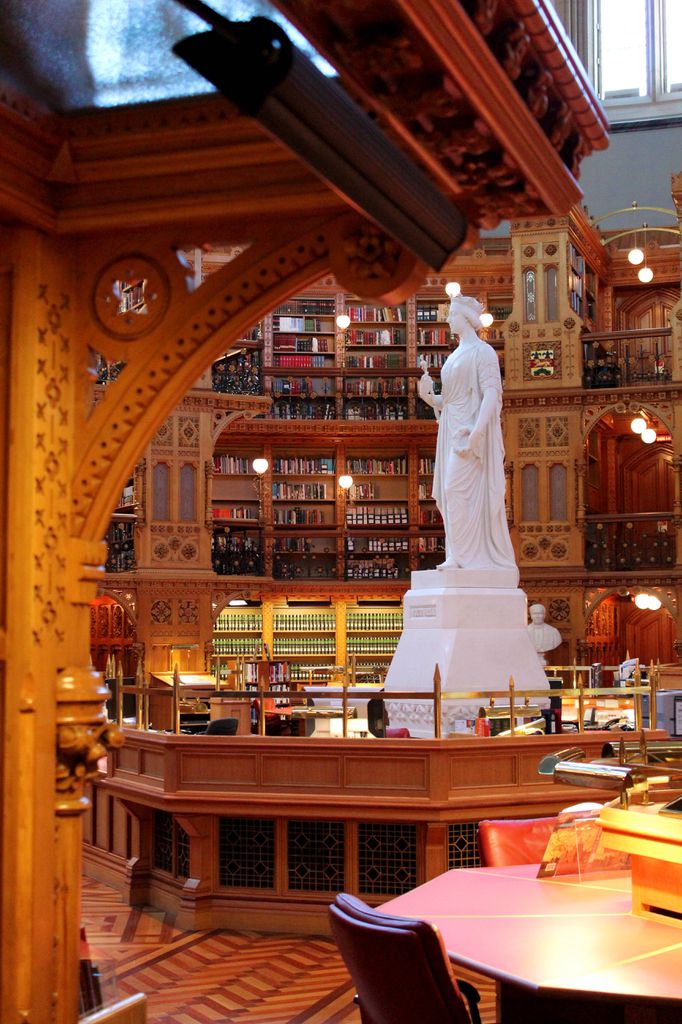 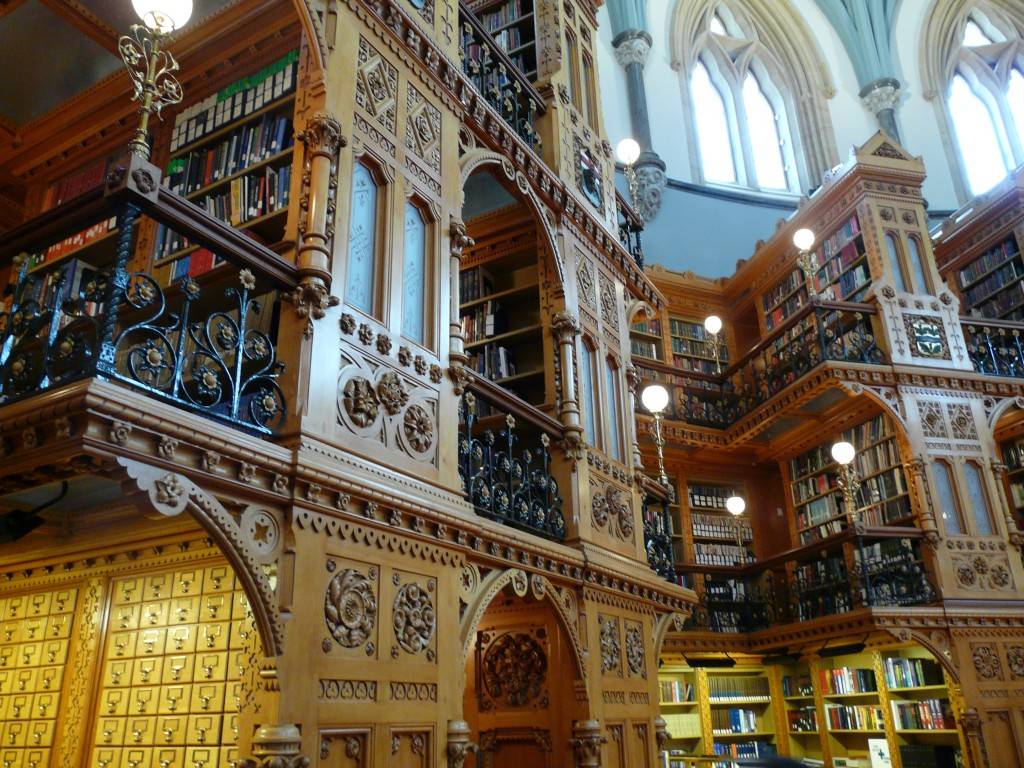 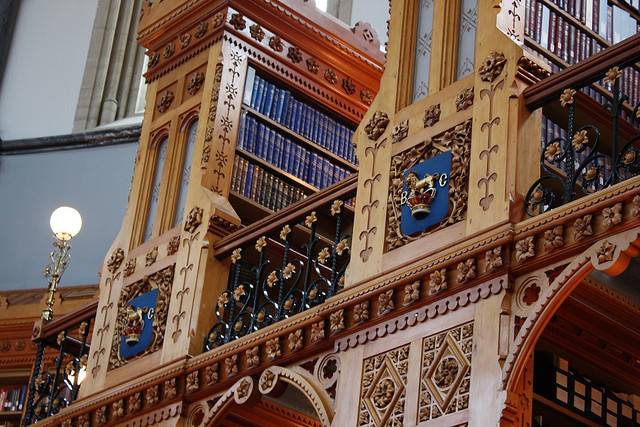 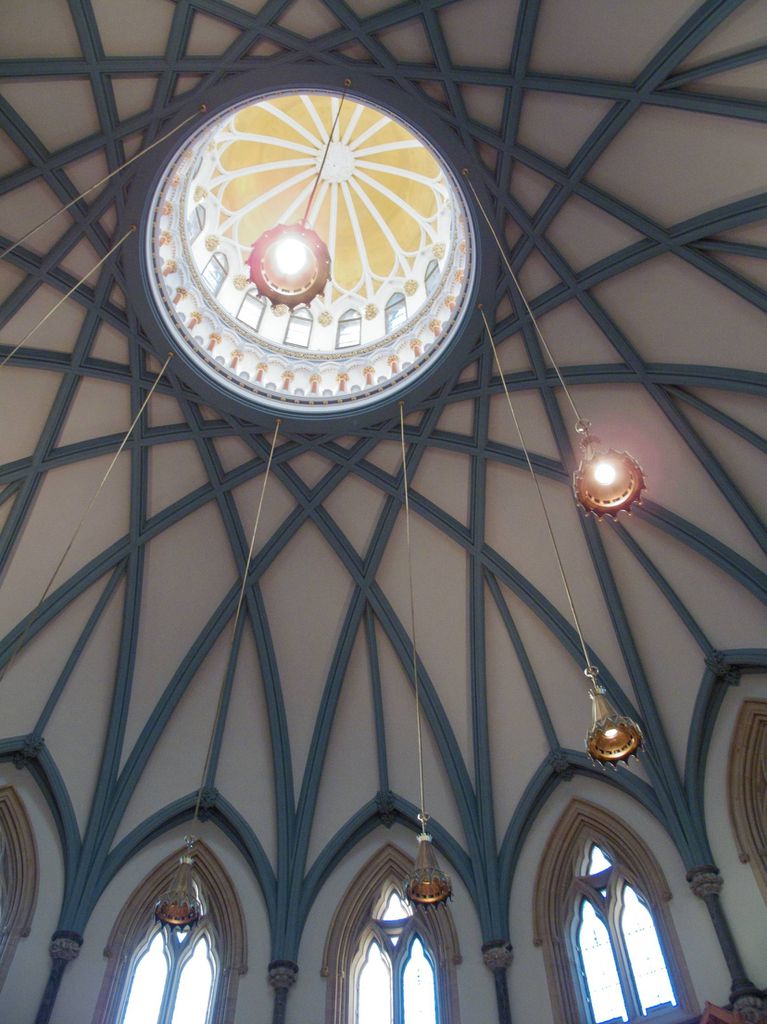 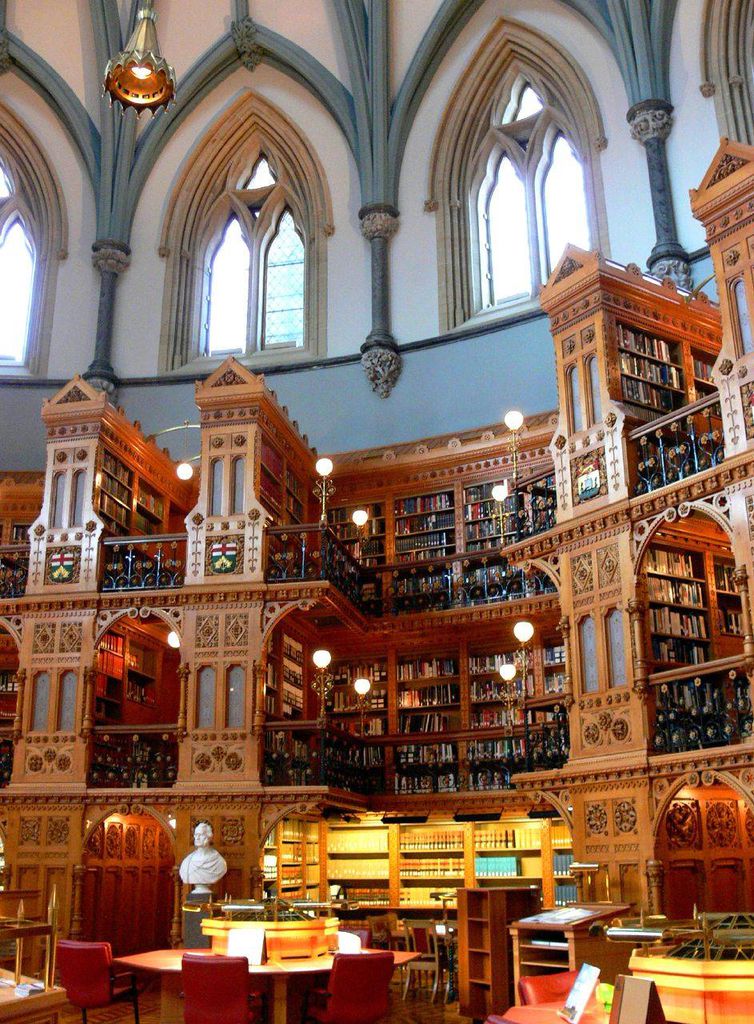 The Library of Parliament may look slightly out of place on Parliament Hill today. The reason for that is that it’s the only original Parliamentary building to survive a fire in 1916. Todd, who was paranoid about fire destroying the library (and with good reason, apparently) wanted the library slightly removed from the main Parliament buildings. It was, and still is, located at the end of a long stone-faced corridor called the Hall of Honour. The iron doors and roof also helped to protect the library from fire damage. 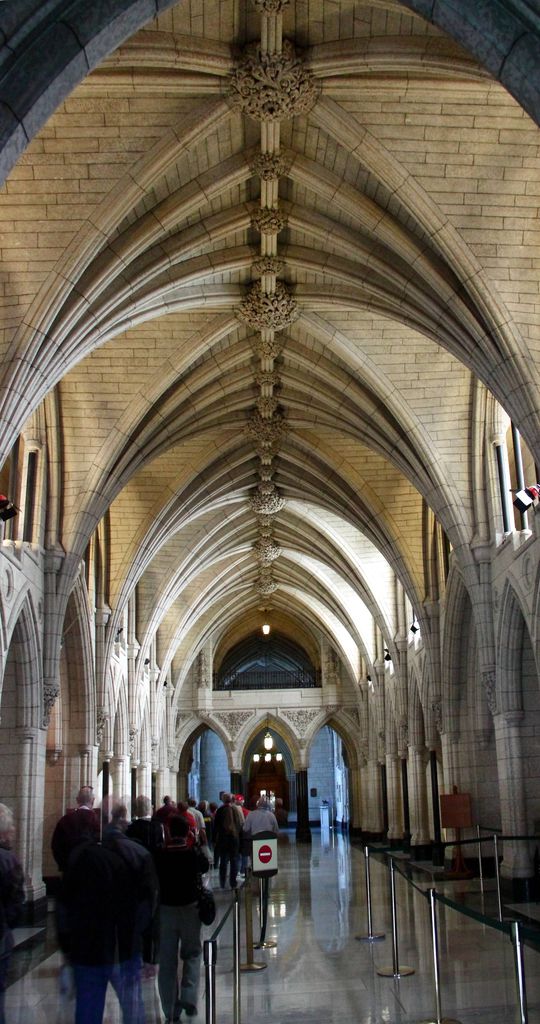 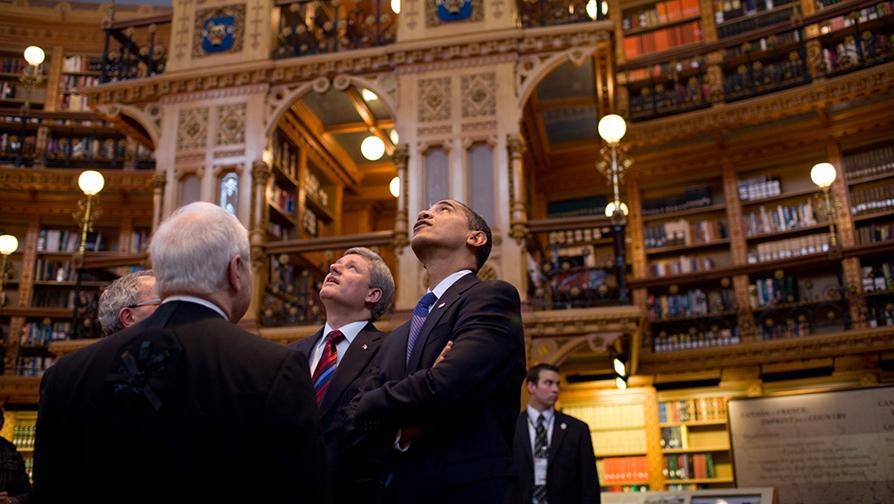 Although only members of Parliament and their staff are allowed to check out books from the library, you can take a tour and see it for yourself.