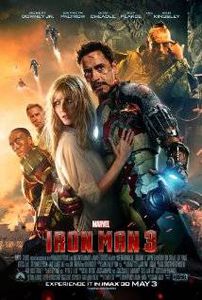 The first Iron Man movie, also the first Marvel Studios solo production, was amazeballs. Definitely one of my Top 5 favorite superhero movies. Even though Iron Man 2 didn’t blow my skirt up, I adore Robert Downey, Jr. as Tony Stark. And Gwyneth Paltrow as Pepper Potts, for that matter. AND Pepper totally and completely kicks ass in this movie. After last summer’s The Avengers, and Marvel Studio’s pretty stellar track record, Iron Man 3 will be worth seeing. The post-credit scene is TOTALLY worth seeing.

Looking for the comic? The movie borrows elements from Iron Man: Extremis by Warren Ellis and Adi Granov.

Star Trek Into Darkness (May 17)

I know this isn’t based on a comic book but there are Star Trek comics out there. So I say it counts. Also, I AM SO EXCITED ABOUT THIS MOVIE, YOU GUYS!

Looking for the comic? Maybe, better not. 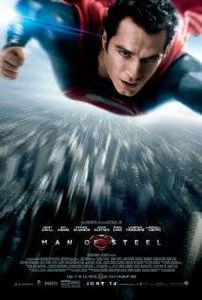 I’m really nervous about this movie. Man of Steel is written and produced by Christopher Nolan and David S. Goyer, who were the creative forces behind the recent Batman movies. They have a very grounded, dark and gritty take on superheroes, which works perfectly for the Dark Knight, but feels a bit off for Superman. Director Zack Snyder knows how to stay true to comic book source material, almost to a fault (e.g. 300 and Watchmen). It could be a perfect storm of creative styles that will somehow balance each other out to give us a fantastic Superman movie. Or it could be a perfect storm of poop. That said, Amy Adams as Lois Lane, Laurence Fishburne as Perry White, and the rumor of a female Jimmy Olson have me really excited.

Looking for the comic? I always like recommending All-Star Superman by Grant Morrison and Frank Quitely, but I think Superman: The Last Son of Krypton by Richard Donner (director of the 1978 Superman movie), Geoff Johns, and Adam Kubert might be a better fit.

The first Red movie is based on a Warren Ellis comic. And by “based on” I mean kept the same basic principle of retired CIA operatives coming back and kicking ass. Kinda like The Expendables but with somes ladies too. Red 2 is a sequel to the movie; but there’s no comic book source material for this one. That said, it’s Helen Mirren with a giant gun. Again.

Looking for the comic? Red by Warren Ellis and Cully Hamner 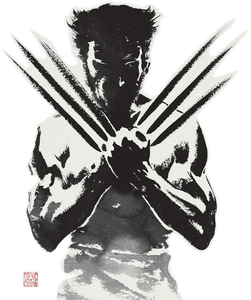 You read that right. They are indeed making another Wolverine movie. X-Men Origins: Wolverine was not what I’d call a good movie. I enjoyed it because I luuuuuurve Hugh Jackman as Canada’s fiercest mutant, and Ryan Reynolds was FAN-FREAKING-TASTIC for the 15 minutes he was in the movie. But Fox is calling a mulligan to see if they can bring back that X-Meny magic. At the very least, the story for this installment looks a lot better than the last one. We’ll see Logan roaming Japan and learning the ways of the samurai, which actually happened in the comics. Also, Hugh Jackman as Wolverine.

Looking for the comic? Wolverine by Chris Claremont and Frank Miller has the whole Japan thing.

A DEA agent and a Naval Intelligence officer are duped by the CIA into stealing money from the mob. And now it’s a movie starring Denzel Washington and Mark Wahlberg. It’s pulpy, action-packed heist story that is fantastic for the summer movie season.

Looking for the comic? 2 Guns by Steven Grant and Mat Santolouco 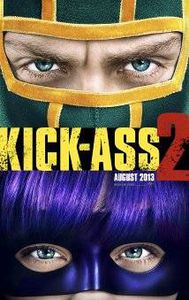 The first Kick-Ass was super violent and super funny (in that really wrong kind of way). If you haven’t seen it (or read the comic), I really recommend it if you’re into that kind of thing. But I’m not always a big fan of sequels. If there’s more story to tell, that’s great; but usually they feel unnecessary. And that’s how I feel about Kick-Ass 2, both the movie and the second volume of the comics.

Looking for the comic? Kick-Ass, Vol. 2 by Mark Millar and John Romita, Jr. (or just read the first volume and call it a day)

Sin City, A Dame to Kill For (October 4)
Eight years later, Frank Miller and Robert Rodriguez are headed back to Basin city. Also super violent but gorgeously stylized, Sin City perfectly captured the mood and aesthetic of Miller’s classic noir comics. The first film was based off a couple different volumes of the series. Sin City, A Dame to Kill For is based of the comic of the same name. And Miller, Rodriguez and the majority of the cast are back to tell more stories of the dark, gritty city. As an added bonus, JOSEPH GORDON-LEVITT.

Looking for the comic? Sin City: A Dame to Kill For by Frank Miller 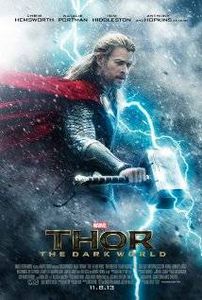 A November release hardly counts for a summer movie, but THOR. I may be biased because the Odinson is my boyfriend, but seriously, the trailer looks SO COOL. What you seen it? Go watch it right now. I’ll wait. There’s a Game of Thronesy vibe to Thor: The Dark World (probably because it’s being directed by Alan Taylor, one of Game of Thrones regular directors) and I’m totally digging it.I would have liked a bit more Sif and the Warriors Three in the trailer. Because really, who doesn’t love adventure-loving vikings. And it looks like we’re going to get some maniacal Loki goodness, which is always a plus. The hair situation seems to be growing out of control (pun intended), but who cares! ADVENTURE-LOVING VIKINGS YOU GUYS!

Looking for the comic? Any of the Walt Simonson’s Thor. It’s cosmic and epic and classic comics.

So what do you guys think? Checking out any comic book movies this summer?