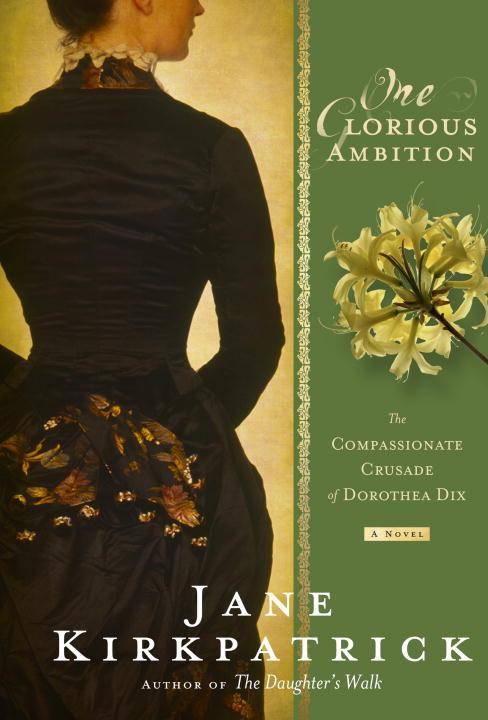 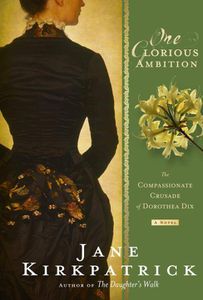 This week’s Riot Recommendation is sponsored by One Glorious Ambition: The Compassionate Crusade of Dorothea Dix, A Novel by Jane Kirkpatrick.

Growing up in household full of pain and tragedy, Dorothea Dix thought she was destined for nothing more than teaching and to raising her two younger brothers. She opened her first school for girls when she was fifteen and by twenty-three, was a best-selling author living an orderly and disciplined Boston life. But a visit to a prison to teach Sunday School to women in 1841 launched a new path for Dorothea, one that would turn her personal hardships into great strides for the less fortunate. Dorothea fought for the lives of those with mental illness, the poor and prisoners. Her political savvy, rare amongst women in her time, challenged those who made the rules in the almshouses, debtor prisons and private homes where mentally ill people were often chained and forgotten. Those tragic souls changed Dorothea, too, illuminating the path of peace within her own suffering and bring her “a happiness which goes with you.”

Inspired by Jane Kirkpatrick’s fictional account of activist Dorothea Dix’s life, we asked you to share your favorite works of fiction that feature social justice and characters who are deeply moved or take action to correct injustice. Here’s a collection of your recommendations from Facebook, Twitter, and the comments.

The Grapes of Wrath by John Steinbeck

Eventide and Plainsong by Kent Haruf

The Help by Kathryn Sockett

Mudbound and When She Woke by Hillary Jordan

The Lorax, The Sneetches, and Yertle the Turtle by Dr. Seuss

1984 and Animal Farm by George Orwell

All the King’s Men by Robert Penn Warren

The Kite Runner and A Thousand Splendid Suns by Khaled Hosseini

Lay that Trumpet in Our Hands by Susan Carol McCarthy

The Good Muslim by Tahmima Anam

The Secret Agent by Joseph Conrad

The Crying Tree by Naseem Rakha

The Alchemy of Stone by Ekaterina Sedia

My Year of Meats by Ruth Ozeki

The Idiot by Fyodor Dostoevsky

It’s a pretty long list, but I’m sure a few titles were left off. What would you add?