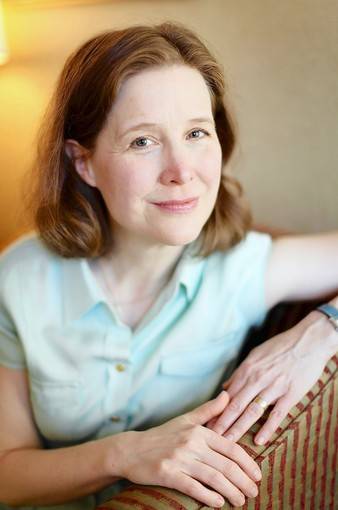 Over the weekend, Ann Patchett gave an interview talking about her writing, her bookstore, and the state of the reading world. In response to a question about the future of books, Patchett laid out her case for shopping and independent bookstores:

If I’ve got a message to take to the streets, it’s that we as consumers control the marketplace. The marketplace does not control us. If you care about books and bookstores, read books and support bookstores. You can’t go into a bookstore, talk to smart staff, go home and order off Amazon. Civilized people don’t do that. If you want a bookstore and want your kids to go to story hour, you have to go and buy your books there. Wal-Mart did not kill small town America. We did; we decided we wanted to spend less on Q-tips. And we can undo that.

At its core, it is a straightforward argument: if you want bookstores to exist, you should buy books from them. This seems to me a completely fair and logical argument. But there are two other attendant elements to her message that are less clear (and one shadow question I’ll get to at the end). First: does caring about books really require supporting bookstores? And second: is showrooming immoral?

Let’s take the first question first. The claim that “if independent bookstores go extinct, then books and reading will be materially damaged” is a familiar rallying cry of those who advocate on their behalf. Anecdotal tales of how specific titles and authors wouldn’t have the successes and careers they’ve had burble up with striking regularity. But is it true?

I started following contemporary American fiction in the mid-1990s, shortly after membership in the American Booksellers Association peaked at more than 5200 members in 1991. Since then, ABA’s membership has dropped considerably, and as of 2010 there were just over 1400 members. Let’s assume for the moment that ABA membership is a fair proxy for the vitality of independent bookstores. My question is, is the health of books and reading in America substantially worse today than it was in 1991? I have to admit I am not primarily interested in how much money the publishing industry itself makes or loses. Rather, I am interested in there being a steady flow of books I am interested in reading, and by this measure, the state of books and reading seems strong, for there are exponentially more books I am interested in reading than I will be able to read, and even the most voracious readers I know cannot read everything that they would like.

Patchett calls it “uncivilized” behavior, a loaded phrase that layers ethics on top of pragmatism. Bookstores are understandably frustrated by customers who come in, find something they want, and then go home (or increasingly right there on their phone) and buy from a cheaper online alternative. But how exactly is it immoral? What has the showrooming customer cost the bookstore, exactly? Would bookstores rather these customers not come in at all? It’s a practice that I myself wouldn’t engage in, as I want to support independent bookstores as I can, but I totally understand it. For some customers, price is the ultimate determinate and saving ten bucks on a hardcover (perhaps repeated dozens of times in a year) is worth the risk of their local bookstore closing. So while I might find this decision to be a bit on the calculating side, I have a hard time characterizing it as uncivilized, which is usually a term that denotes nothing more than “you are not behaving as I think you ought to.”

Patchett’s equation of Amazon to Wal-Mart places the blame for the decrease in independent bookstores squarely on consumers, but this makes me wonder what role and responsibility publishers and authors have in Amazon’s ascendence. Patchett’s books are widely and well-reviewed on Amazon, so I assume that selling books through them has been financially beneficial for her and her publishers.  Perhaps it is my own peculiar sensibility, but there is something disingenuous about calling readers who are acting in their financial interest by shopping at Amazon “uncivil” while at the same acting in your own financial interest by selling there.

This specific charge of “incivility” is but one instance of a larger trend of industry-side folks (authors/critics/agents/editors/booksellers/publishers) brow-beating readers for a wide range of reading decisions they make–from reading erotic fan fiction, to reading ebooks, to loving YA, to leaving reviews about the books they’ve read on websites, to buying books at a discount online. I can definitely understand how the industry might want readers to behave other than they do. Things are changing, and people’s livelihoods are on the line. But might I suggest that being responsive to what readers want (and before that, paying attention to what readers want) might be a more profitable tactic than trying to get them to be something they’re not?

Instead of calling people who are trying to save money “uncivilized,” maybe try asking them how they might be convinced to spend some of their book-buying dollars locally? Instead of writing romantic screeds against digital books (all the while being happy to sell ebooks), celebrate that people are at all interested in what you and other writers are making? I don’t think readers are going to be dissuaded from reading what they want and buying how they want by these kinds of appeals and arguments; assume we know what we’re doing. The only alternative, then, is to make your reading and buying experiences so much better that we want to change our habits. For the only thing better than having customers sympathetic to your plight is having customers who have no idea what struggles you face and buy from you because it is the best option for them.