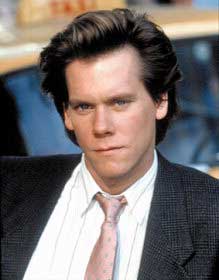 Even before there was an internet, there were memes, and the most memorable of my adolescence was “Six Degrees of Kevin Bacon.” I’m still not entirely sure what the appeal of this little game is, maybe it’s just the pleasure in reveling in and showing off your knowledge and memory of popular film.

Yesterday, though, I fell down a bit of rabbit hole while reading about Walt Whitman (a personal favorite) and learned that Bram Stoker was a raving, drooling Whitman fan-boy, to the point where he wrote him confessional letters so revealing that he never mailed them, though he would eventually meet his idol and develop a friendship with him. Stoker remained in awe of Whitman, though: “I found him all that I had ever dreamed of, or wished for in him: large-minded, broad-viewed, tolerant to the last degree; incarnate sympathy; understanding with an insight that seemed more than human.” Stoker so admired Whitman’s modernity that some have speculated that Dracula himself is a Whitman-figure:  “Each has long white hair, a heavy moustache, great height and strength, and a leonine bearing. Whitman’s poetry celebrates the voluptuousness of death and the deathlike quality of love.”

At any rate, this got me thinking about the complicated and unexpected connections between writers, even across continents, languages, and centuries. So I thought it would be a little bit of fun to try some literary “Six Degrees,” though not bounded by any particular writer.

Here are few literary chains I came up with:

Homer’s The Odyssey (1) features Aeneas fleeing Troy, which is where Virgil (2) picked up in The Aeneid, which Dante (3) references in The Inferno, which influenced Boccaccio’s (4) Decameron, which inspired the structure of Chaucer’s (5) The Canterbury Tales, which influenced Dan Simmons (6) novel Hyperion, about a group of extra-terrestial pilgrims.

Ralph Waldo Emerson (1) was Walt Whitman’s (2) literary hero, who in turn was Bram Stoker’s (3) literary hero, whose Dracula began vampire literature as a genre, of which Stephanie Meyer’s (4) Twilight saga is the most popular contemporary incarnation, from which E.L. James (5) cribbed the characters for the 50 Shades of Grey trilogy.

Gogol (1) was the most influential writer of Russian literary realism and a direct influence on Fyodor Dostoevsky (2), who Virginia Woolf (3) considered to be the most exciting novelist of all, who Michael Cunningham (4) included in his novel The Hours, (5) who is a member of the Yale Creative Writing Faculty with Louise Gluck (6).

Make up your own, and if I get enough I’ll post a round-up next week.