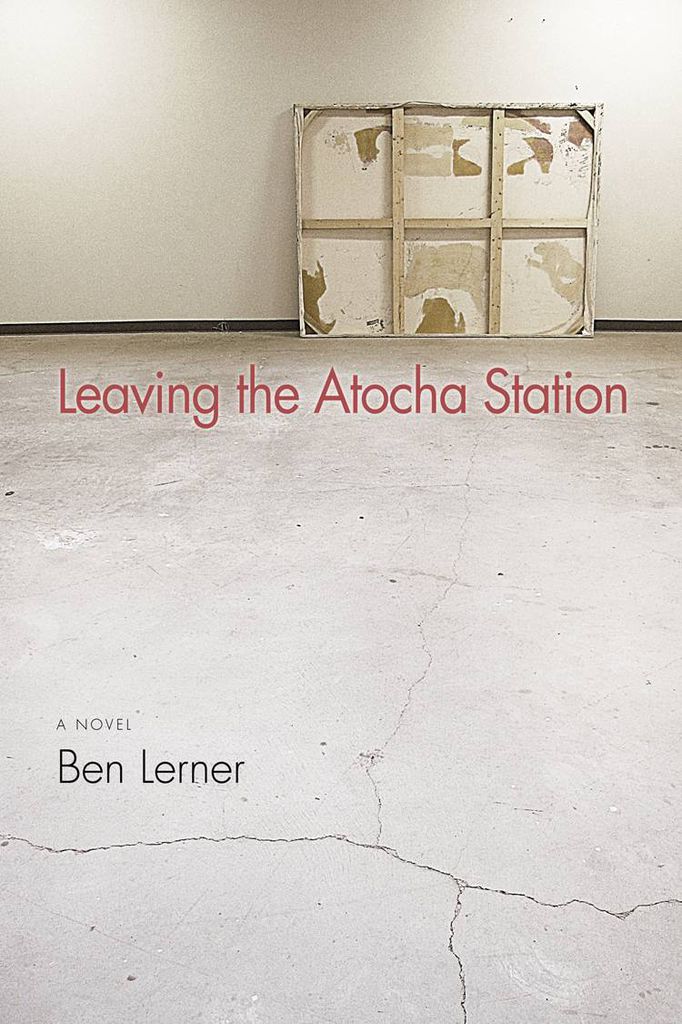 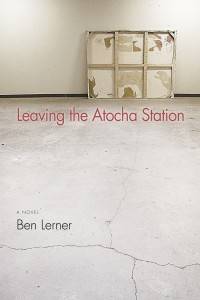 Ben Lerner’s Leaving the Atocha Station was the last novel I finished in 2012, and an excellent way to end the year. His story of a post-grad American student on a fellowship in Spain is an impressively verisimilar account of ennui and alienation is, as we must call it now, our post-9/11 world. As Adam, the protagonist, wends his way through a year of faked research and avoidance of work, he finds himself very suddenly a part of—though still apart from—History, when the Madrid train bombings happen right in his midst.

There are geopolitical and interpersonal issues aplenty in Leaving the Atocha Station, but one of the novel’s most striking characteristics, especially at the beginning when Adam’s Spanish is least sure, are its translation games. In an early scene, Adam is sitting around a campfire with some new Spanish friends. He makes a faux pas, and after leaving the group, is forgiven by the woman he offended.

First, for many people who have experienced life through the lens of an imperfect second language, this kind of confusion is likely comically familiar. A word caught here, another there, and something can be pieced together—maybe—but it’s more a mind game than a game of telephone. Think of it as logical mad libs: you have the blanks filled in, but nothing else, except your knowledge that whatever the person said probably makes some sense.

Translation game, mind game, whatever—it’s undoubtedly a language game, and though Raymond Queneau’s Exercises in Style plays very different games, the Oulipian classic jumped quickly to mind. Queneau retells the same story 99 times, putting the focus on the “how” rather than the “what” of the telling. Two examples from Barbara Wright’s translation give a feel for how far this can go:

In the S bus, in the rush hour. A chap of about 26, felt hat with a cord instead of a ribbon, neck too long, as if someone’s been having a tug-of-war with it. People getting off. The chap in question gets annoyed with one of the men standing next to him. He accuses him of jostling him every time anyone goes past. A snivelling tone which is meant to be aggressive. When he sees a vacant seat he throws himself on to it.


…
In the centre of the day, tossed among the shoal of travelling sardines in a coleopter with a big white carapace, a chicken with a long, featherless neck suddenly harangued one, a peace-abiding one, of their number, and its parlance, moist with protest, was unfolded upon the airs. Then, attracted by a void, the fledgling precipitated itself thereunto.

This is, in some sense, the inverse of what Adam experiences in Leaving the Atocha Station. Queneau has a story in mind, but how to tell it? Adam has a telling in mind, but what did it tell of? 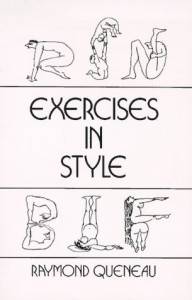 The formalism of Oulipo may seem at odds with broader themes in Leaving the Atocha Station. Adam is searching for integration and meaningful engagement with society, and it’s easy to see games like Queneau’s as isolated and disengaged. But detached, unemotional delivery doesn’t change the importance or profundity of the message that the telling counts as much as what’s told.

Further, this kind of cold formalism is at base the method behind Adam’s own project—which he tells himself all along was never real, but which eventually provides the impetus for him to engage and become a “real” writer or poet. He outlines his method, at least during what he calls the first phase of his project:

Adam believes he is a fraud, that these poems are trash, a joke, and lives in a constant state of anxiety that someone will catch on and he will lose his fellowship. But as he begins to see his work affecting his friends, many of whom really do begin to think he is a “real poet,” whatever that might mean, the feeling is passed on to him in turn. “I had been a small-time performance artist pretending to be a poet, but now, with an alarming fervor, I wanted to write great poems.” His exercises in bizarre formalism and performance art ultimately lead Adam to the kind of connection he thought he was incapable of making.