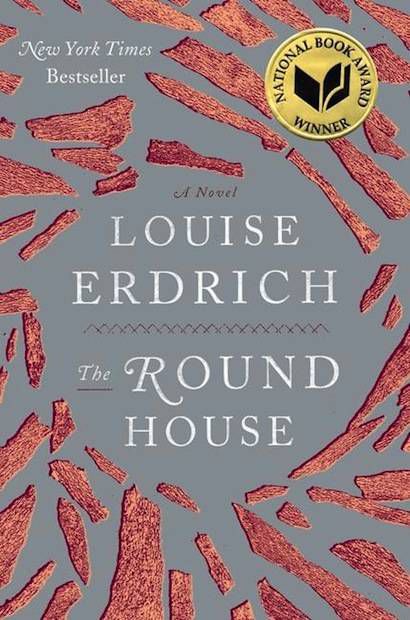 Before we dive into Round House itself, can we talk for a second about how Erdrich is (and in a really complicated way) the only non-white writer in the Tournament? And by “talk,” I mean I am going to vent for a second, and then you are free to hit me over the head/agree completely/totally ignore.

There probably is no bigger ToB fan out there than me, but I will say this: my interest and enjoyment of the tournament is materially diminished because the folks who pick the books apparently don’t care about racial or ethnic diversity for their event. I’ve commented on it in years past, and they’ve commented on it as well. Honestly, if the situation is the same next year, I will likely skip it. I’m just not interested in A Tournament of Books By White People. We already had the 20th century and all of Western lit before it for that. Let’s move on already.

JC: Vent on. It’s an important discussion to have, race and reading and literature. We should hold the ToB to a higher standard, and they should try harder to find books by people that are not white. I see my Goodreads feed flooded with people reading the ToB selections, and how awesome would it be if they were exposing people to non-white writers? It is such a missed opportunity. Personally, I learned so much reading The Round House, I’m a little ashamed to admit how ignorant I was about Native American issues. Do you have more you need to say about the whiteness of the list or should we start talking about Erdrich’s book? 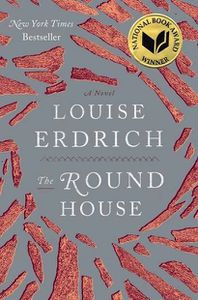 JO: Let’s get to it. The book deserves better than to be the donkey on which I pin the tail of my frustration. I’ve read Erdrich before, so I was both prepared for and surprised by The Round House. You seem to be coming to her cold. What is your general impression of her as a writer now?

JC: This is my first Erdrich experience and I can’t believe I waited to so long. There’s a very midwestern vibe about her writing, and I dig it. It’s hearty and real, without any sort of linguistic pyrotechnics or flashy experimental sleight of hand. She just tells the story in a straightforward way that is beautiful and moving and at the same time super educational for people who aren’t savvy about life on Native American reservations. I’m amazed that she managed to teach me, the reader, so much without ever being lecturey and still tell this sad and engaging story. So what surprised you about The Round House?

JO: Well, it gets off to a ripping, page-turning start, which is unusual for Erdrich (or at least of what I’ve read). The first chapter takes us from doing some weeding to carrying a just-raped wife and mother to the emergency room and introduces the particular complexities of law enforcement on an Indian reservation. Fable-like, which is my experience of Erdrich, it is not. But damn good. Did you read it pretty quickly? I expected a more leisurely pace, but this was a two-dayer for me.

JC: While it took me more than two days, I did gobble it up pretty quickly. Part of that is I’m a slow reader, but also there were times, especially scenes involving Joe’s grandfather, Mooshum, or postal worker, Linda, where I slowed way down because I wanted to soak it all in. There’s a scene between Joe, his sorta-aunt, former stripper Sonja, and Mooshum that I read twice because it was devastating and brilliant. While I read the book quickly, it had more to do with wanting to spend all my time in the early-80s reservation than with discovering “whodunit.” So what was it that kept you so engaged?

JO: I’m not sure exactly. I think it was the combination of the crime-resolution and the world. Joe and his friends seem to be about my age at the time (I think late 80s really since they are watching Star Trek: The Next Generation) so that was fascinating to me as well. And the details of reservation life are so wild; it feels like an alternative universe—like our own but askew (which maybe is pretty accurate).

This novel has a pretty big award under its belt already, and I think a pretty good chance in the Tournament of Books. What you do think of its chances here? Strengths and weaknesses for single-elimination, literary-style?

JC: You’re right, the book takes place in 1988. I tend to think of the 80s lasting until 92. But anyway, I’m waffling on this one and its chances. For a long time I really thought The Fault in Our Stars would be the surprise upset because it’s such a sentimental favorite, but now I’m thinking The Round House might beat out everyone because it’s got the whodunitness of Gone Girl and the heart-rending emotion of Fault. I don’t know! As long as How Should a Person Be? gets knocked out in the first round, I’ll be happy. How do you think it’ll do?

JO: I think it’s my favorite so far (I have a handful to go yet), and I like its chances. One problem is that it probably wasn’t widely read enough to get enough votes to be a Zombie Round candidate (though after Gone Girl and The Fault in Our Stars, I’m not sure what else does really. So if those two are still alive, maybe it sneaks in because of its National Book Award win?).

Still, ToB winners tend not to be straight literary fiction, which this one clearly is. Maybe there is enough whodunit to give it a little spin, but tough to beat Gone Girl for that. It’s a great all-around choice, but all-around choices tend to get beat by things with a stronger personality, if that makes sense. It will probably get a high seed, so it won’t meet the other contenders until later in the tourney.