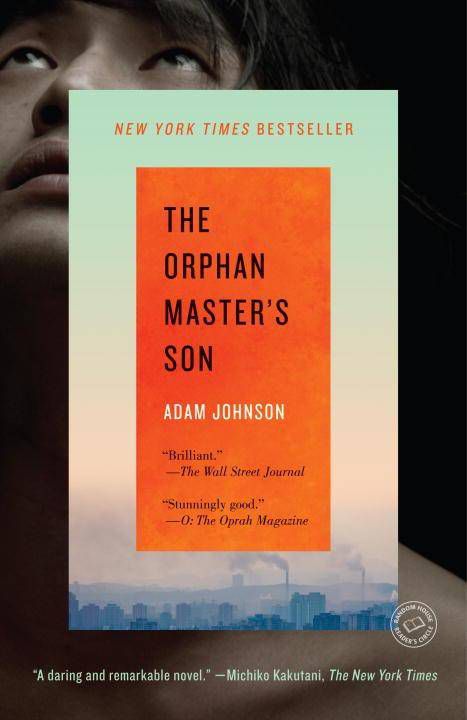 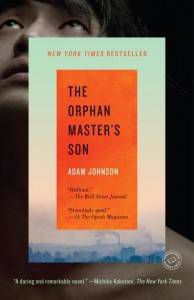 Jodi Chromey: Well, Cassandra, I have finally finished The Orphan Master’s Son by Adam Johnson. It took me a long time to read, nearly two months. It’s a novel that has garnered rave reviews, is well-liked by many of my friends whose opinions I respect, and even our own Miss Liberty has pledged her heart to it. And yet, here I am completely underwhelmed. How’d you dig this tale of a North Korean operative and his wild adventures?

Cassandra Neace: I’m not sure that “wild” is the word for it. The adventures themselves might be wild, but the telling of them is not. It’s a very slow book, very episodic. Each episode is beautifully written, and it’s interesting, and I think I’d look forward to a new one every week. Would I clear my calendar for a marathon? Probably not. It’s not often that I find a book that I like but that I have this much trouble reading. I’m still not quite to the end.

JC: At least you have the liking part going for you. I didn’t enjoy reading this at all. There’s something about this tale that doesn’t sit right with me, which I’ll get to in a minute, for now I feel obliged to give a quick plot synopsis. Jun Do is the son referred to in the title, who after growing up in his father’s orphanage spends some time fighting in prison mines, becomes a sort of North Korean kidnapper/assassin before he’s sent to monitor radio transmission on a rusty fishing boat. Then he ends up on the ranch of Texas senator as part of some diplomatic trip, when he arrives back in North Korea he’s sent to prison and then things get really weird when Jun Do assumes the identity of a military hero/renowned asshole and falls in love with that guy’s wife, a famous North Korean actress. Does that about sum it up?

CN: I think that hits all the high points. I do like the writing, and I appreciate the story. It’s ridiculous in so many ways, but so is most of what I know about North Korea. I’m trying to take that in stride. But you’re right. There’s something that doesn’t quite sit right. It’s the same reaction that I have to Murakami. I like the individual elements, but I don’t love how they come together. What didn’t sit right with you?

JC: I had a hard time discerning the satire from what was supposed to be portrayed as reality. For satire to work I think people have to share a sort of base knowledge of what’s being poked fun at, and are we really there with North Korea? A lot of times I felt as though the book was saying, “look at this silly, barbaric country. Look at these people living in this conditions. Look how backwards it all is!” That didn’t sit right with me. I’m fully willing to admit that this might be due to my own ignorance about life in North Korea, but reading this book written by someone who grew up in America and holds a very privileged place in this prosperous country made it feel like a sort of mishmash of poverty tourism and torture porn. Am I overthinking this? Is this not satire? I don’t even know what to do with this book!

CN: Wow….I had not considered the whole “poverty tourism and torture porn” angle. I’d say that things in the book are very in-line with what I’ve seen and read elsewhere about North Korea. Now that I think about it, though, I think all of that has come from outsiders, too. In fact, I’d say most of what I know about North Korea comes from M*A*S*H, so I’m pretty sure the information is out of date. This makes me reconsider things…. I still like the quality of the writing, but my confidence in the storytelling has waned. Was there anything you liked about it?

JC: There were, actually, a lot of things I liked. The writing, as you’ve said, is very good. I like the relationship between Jun Do and Sun Moon, and the role “Casablanca” plays in their story. I enjoyed the “loud speaker” chapters, where the political satire really shone. I liked the relationship Jun Do has with Mongnan in the prison. When the story was boiled down to people relating to each other as humans, I was on board. It’s all the rest that makes me uncomfortable. So, how do you think it’ll do in the Tournament?

CN: I’ve only read a few of the contenders and… I have no idea what’s going to happen. I know that I wouldn’t put this book through. I loved The Fault in Our Stars, but I think its only real hope is as a Zombie Round pick, based on what I’ve seen in past tournaments. I am also a huge fan of Fobbit, which I think has the potential to go a couple of rounds. Both are far more engaging than The Orphan Master’s Son. If that can be said for any of the other titles on the list (and it looks like that’s the case), then I don’t think it has much of a chance. Beautiful writing isn’t enough to win it all. How far do you think it will go?

JC: I see this one getting through a few rounds, at least. It seems to be pretty universally acclaimed, but it’ll lose out when it comes up against something that is both emotionally resonant and beautifully written like, say, The Round House.