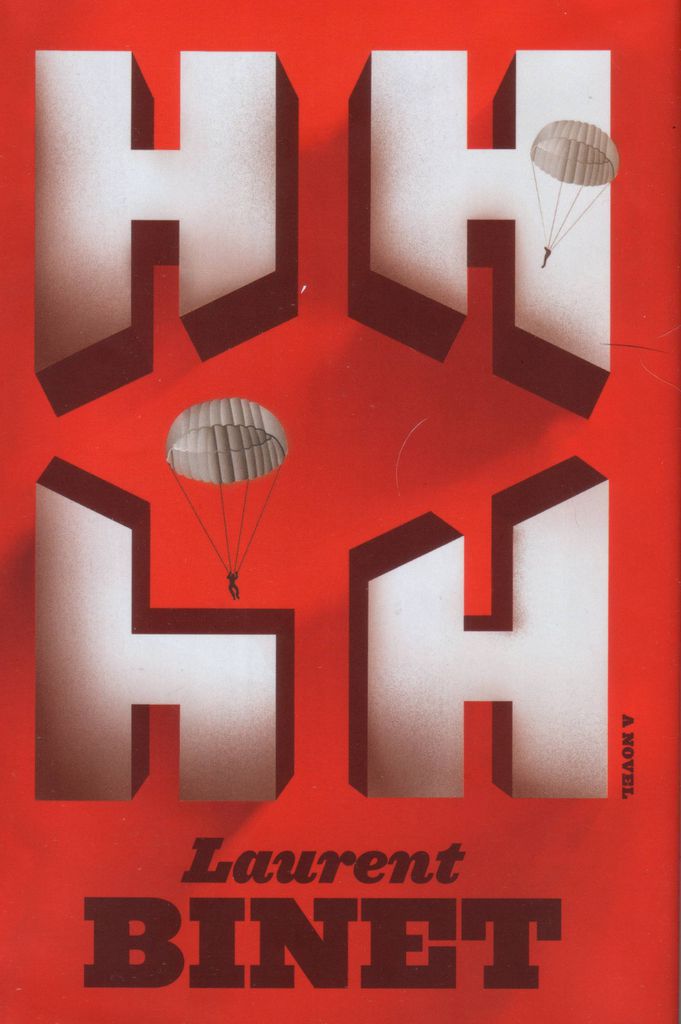 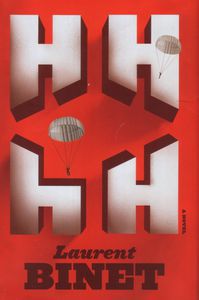 Perhaps the most bizarrely titled novel of 2012 is also surely one of the least-read titles in the Tournament of Books. And that’s a cryin’ shame, because HHhH is a brilliant book. Laurent Binet is a French novelist and academic, and his debut novel is, ostensibly, a profile of the rise and fall of a monster of a human being, Nazi Reinhard Heydrich, the architect of the Final Solution.

But HHhH (which stands for “Himmlers Hirn heisst Heydrich,” — translated from the German, “Himmler’s brain is called Heydrich.”) is also a meditation on what historical fiction can or should be. Binet tells his story in 257 “chapters,” interspersing details of Heydrich’s life with details of his research for the novel, and anecdotes about choices he made in “real-time” as he wrote. To Binet, inventing facts to make his fiction more interesting is anathema. And he tells us why he thinks so. (Most readers — especially those who love fiction, including critic James Wood, whose review in The New Yorker first got me really interested in this novel, will disagree with this. But it’s still fascinating to contemplate.)

So Rioter Wallace Yovetich and I decided to take on Binet and his theory of historical fiction, and read this long-shot ToB novel. Here are a few thoughts:

Plus, as you helpfully pointed out, Binet calls his subject a “pussy hound” to describe his womanizing ways. That was a sure indication that this wasn’t going to be your standard-issue, boring, academic historical novel.

What were your first impressions?

Wallace Yovetich: Honestly? I kind of went head over heels for Binet… his casual yet intelligent style of writing (and wit) put me in major crush mode. I’m struggling a little with the fact that this is a book about a horrendous monster, yet I am excited to get back to my crush each time I pick it up. Like you mentioned, it is impossible not to think of Binet while reading, considering he inserts himself into the narrative. I personally think this is brilliant, as the humor (aforementioned “pussy hound”) somehow helps me to remember that this was an actual human being he was writing about.

Can you see this bothering purists (not of the kind we’re reading, but of the genre kind)?

GZ: Maybe. I mean, yeah. But more bothersome to fiction fans, I think, is his refusal to be “fictional.” Here’s Binet’s justification for why he won’t make up details: “Everyone finds it normal, fudging reality to make a screenplay more dramatic, or adding coherence to the narrative of a character whose real path probably included too many random ups and downs, insufficiently loaded with significance. It’s because people like that, forever messing with historical truth just to sell their stories…”

You can practically see Binet seething from the page, can’t you? And if this wasn’t such an entertaining read, I’d definitely be accusing this nice French fellow of a rather elitist, condescending pomposity. But you say you have a crush on him, so we’ll move on.

WY: You can call my new psuedo-boyfriend elitist. I think he has a pretty arrogant way of writing, actually; the corrections, the insertions, the only-bringing-up-the-parts-that-make-his-point… but rather than get annoyed as some might, I find it relieving (as a writer). There are so many hang-ups one can have about putting their words on paper, but keeping track of all the research you’ve done and the way you’ve inserted it into your story (be it fiction or non) can be a hefty weight.

GZ: Very true. So I just realized we haven’t yet done a good job of explaining what this thing’s about. So this story is WAY more than just a profile of the evil Heydrich. It’s actually about a Czech and a Slovakian Resistance fighter who are tasked with his assassination. After we trudge through a ton of geopolitical details on how Czechoslovakia was split and the parts divided by the Nazis, and tons of details on Heydrich’s promotion to Reich Protector of Bohemia and Moravia (he’s based in Prague), the last third of the novel tells the real story Binet set out to relate: The plot to kill him.

This isn’t a spoiler — it’s on the flap copy. And it did actually happen in May 1942. It takes awhile to get to the “good part” but it’s worth all the historical detail and the constant justifications of Binet’s writing method to get there. Agree?

WY: I’m not sure I do agree, at least about the good part, he kind of lost me by the end. There were a few things that I think, in particular made it so. He takes such measures to let us know that he’s not making things up, yet he comments on things that he just could not know (like the color rising in so-and-so’s cheeks during a particular conversation). It actually distracted me a bit, which is unfortunate considering I wouldn’t have thought anything of it if he hadn’t made such a big deal about solid facts. Also, the sudden shift from, “by the way, this book isn’t about Heydrich actually — since he isn’t the protagonist,” to “here are my real protagonists” felt wrong. Though we knew he would be telling us about the assassins, the story really was about Heydrich as well, so it felt odd that he took the space to say that it wasn’t and then shift gears towards the parachuters. On top of it, I didn’t feel connected to the assassins enough to feel the same way about them that he did. The way he wrote about them felt too distant, and the way he corrected himself throughout the book (which, if you’ll remember, I found endearing in the earlier chapters) actually ruined the flow of the book for me eventually. It also made me question (again) what was fact and what wasn’t. Thus, I wasn’t able to fully immerse because I found myself wondering if he would contradict himself on the next page.

I had never heard about Heydrich, so therefore had also not heard of the men who took him down. And though I respect Binet’s desire to honor them, it seems that he couldn’t quite make up his mind about whether he was more interested in how impressively terrible Heydrich (and his posse) were or how great Kubiš and Gabčík were for taking him down. Because there is so much meat to each side of the story, I find that I may have been more engaged if he had stuck with one angle and rode it all the way through. Still, I will be recommending this to book clubs; the amount of differing opinions that can be had about the subject matter, and even the writing, would be ideal for discussions.

GZ: Well, Binet doesn’t include a Works Cited page or Endnotes, so it’s hard to know what he knew and what he didn’t. I tend to give him the benefit of the doubt — that things like “color of cheeks” were based on personal accounts he found in his research. That’s because he’s so painstaking throughout the whole book to tell us how dishonest he thinks it is to make things like that up!

And the shift from Heydrich to the real stars of the show — the assassins — didn’t bother me at all because Binet actually starts his novel with a brief snippet about Gabčík (one of the two assassins). I much preferred the tactic of back-grounding Heydrich and giving us the history of his rise to power than, say, “Gabčík was born in 1915 on a small sheep farm in northern Czechoslovakia. His parents were hard-working, honest people. Etc…”  Binet gives us only the information we needed to understand the story of the assassination — which, he mentions several times, is his goal.

Anyway, even though I liked it more than you did overall, I think, we definitely agree on this novel’s ToB chances. What’s less than zero?  Still, to me, it was a fun ride!