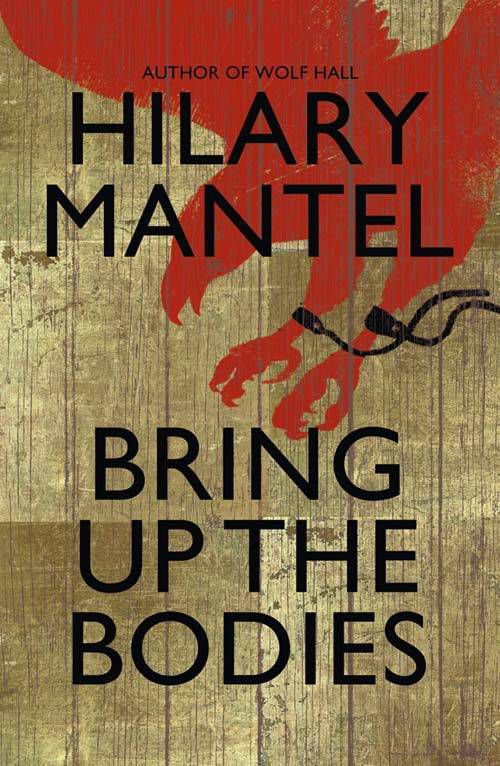 We here at Book Riot are huge Tournament of Books fans, so this year we’re going to discuss each of the finalists in the weeks before the Tournament gets underway, in alphabetical order. You can find theschedule of our discussions here. Read along with us!

Jenn: My favorite thing about this book is that somehow, I didn’t realize it was coming. I don’t know how I missed the announcement, but I didn’t realize that Wolf Hall was part of a series until literally the moment that Bring Up the Bodies came out of its box at the bookstore. Oh frabjous day! Because despite the fact that Wolf Hall was occasionally really hard to follow (why is everyone named Thomas??) it was such an incredible reading experience. I’m a sucker for British historical fiction, and I remember thinking when I finished it that it was a true feat for an author to tell a new angle of Henry VIII’s story — since the man is not exactly overlooked in fiction or in general histories. 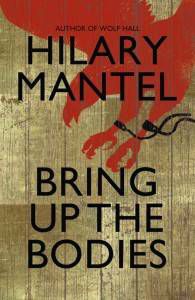 Jeff: Ok, before we dive in too much here; I haven’t read Wolf Hall. I think this book stands on its own, but as someone who has read Wolf Hall, well, what do you think about reading it as a standalone?

Jenn: I’ll tell you the truth, I haven’t been recommending that to my customers at the bookstore. I keep making everyone buy both of them! Of course, you can read them independently — everyone pretty much knows the story, so there aren’t any real surprises in terms of plot. But the reason I keep telling everyone to read Wolf Hall first is that you get such an amazing window into the life and character of Thomas Cromwell. He has such a great story — born a nobody, rising to become right hand to the King. It’s almost too good to be true. And I wonder if you get that much of a sense of him, if you only read Bring Up the Bodies. He’s already established, you don’t really see his struggles to get where he is, only to stay there. But you can tell me, do you feel like you got to know him well? Or was it really more about Henry and Anne Boleyn?

Jeff: I know the history a little, and Mantel goes to considerable lengths in the first 150 pages or so to establish Cromwell’s backstory and character, but after that the King and Queen take center stage.

Here’s a fairly random, related question: in a tournament like this where judges decide which book is better, should any points be taken away for not coming up with the story yourself? I mean, she is using one of the most complicated, fascinating, and influential stories of the English-speaking world. And she does it amazingly well. But, how much of how interesting the novels are comes from what happened and how much from what Mantel does? Does that make sense?

Jenn: This same question came up when Geraldine Brooks won the Pulitzer Prize for fiction for March, which is a novel about the father from Louisa May Alcott’s Little Women. Should an author win a prestigious prize for using (or stealing, as someone put it to me) another author’s character? And honestly, I believe that, yes, that’s fine. Everything is inspired by something else, when you boil it all down, right? Maybe that’s oversimplifying things a bit, I don’t know.

The other thing I believe is that authors who are playing with known characters/history actually have a difficult battle to fight. How do you make the familiar interesting enough to capture everyone’s attention? How do you take a plot that’s not new and shiny and make it so good that people don’t care they already know the story? It’s a different challenge, but definitely still a difficult one, and I feel like that balances out any points they might lose.

And looking at the list, I feel like it’s a good balance — you’ve also got The Song of Achilles and HHhH. That being said, I always feel like the judges have an impossible task. What if Building Stories goes up against Bring Up the Bodies (to take two of my favorites)? They are so. Incredibly. Different! I don’t know how you compare. Both are doing interesting things with narrative structure, but to completely different effect.

That actually brings me to a question I have for you. I kind of love books where the dialogue isn’t straightforward, but I know other people don’t. What did you think about the actual style of the novel?

Jeff: Maybe it’s because I’ve read a bunch of Shakespeare and early English lit, but I do pretty well with works where I don’t always know what is happening/being said at all times. I happen to love this sort of enmeshed dialogue–dialogue that is less marked off than the point-of-view prose. I think it actually adds to the weird feeling of closeness and claustrophobia of the novel, which seems to me to describe some aspect of court life at this time. Everybody is in everybody’s business, intimately and unapologetically.

It actually sort of reminds me of early English novels, and I think people who love these Mantel books love the kinds of things that a novel does that other forms, even literary forms, don’t do, some combination of intimacy, complexity, and immersion. It’s really a showpiece for what’s special about novels. That said, I think it also isn’t the kind of book you want to hand to someone who doesn’t read too much; it feels like a book lover’s book. This makes Wolf Hall’s previous win both more and less surprising.

So that leads me to….which of two do you think is better?

Jenn: It’s funny you ask that, because up until right now I would have said Bring Up the Bodies. Like I mentioned before, in Wolf Hall it’s a little hard to keep track of who is saying what to whom, because everyone is named Thomas, and I felt like she did a better job with that in this one. The writing over all might be tighter, in fact. I like that you used the word claustrophobic, it really does feel that way! But having pitched you the values of Wolf Hall is making me nostalgic for it. I loved Thomas’s story so much — maybe more than I loved hearing about Henry and Anne, as great as the story is. So I think I have to say that Bring Up the Bodies is a better book, but Wolf Hall is my favorite of the two. Now, reportedly there is a third one in the works, so who knows what I’ll say when that one comes out.

Not having read the first one, do you think you’ll read the third one? Any desire to go back and read Wolf Hall?

Jeff: I think I am in for the third one, though it’s hard to imagine circling back to Wolf Hall right now. Maybe I’ll wait for a giant omnibus edition of however many of these she eventually writes to come out in like 2023 and spend a whole winter break reading them (they definitely feel like winter books, no?).

Before we sign off with this, I should admit that I was sort of avoiding this, but through the magic of self-assigned reading, I ended up relishing it. As for its chances in the tourney, Wolf Hall’s win shows that this definitely fits with what the judges tend to look for, but I wonder if that previous win undermines Bring Up The Bodies’ chances, in a been-there, done-that, kinda way. What’s your sense of that?

Jenn: I had that same worry for its chances in the Booker, but look how that ended up! But I don’t know, I feel like I am the absolute worst handicapper in all of gambling. With that in mind, in a list that includes literary/commercial crossover heavyweights like Where’d You Go Bernadette and Gone Girl, not to mention a juggernaught of a book like The Fault in Our Stars, I don’t know how good its chances are. She’s an amazing storyteller, but that is some stiff competition.