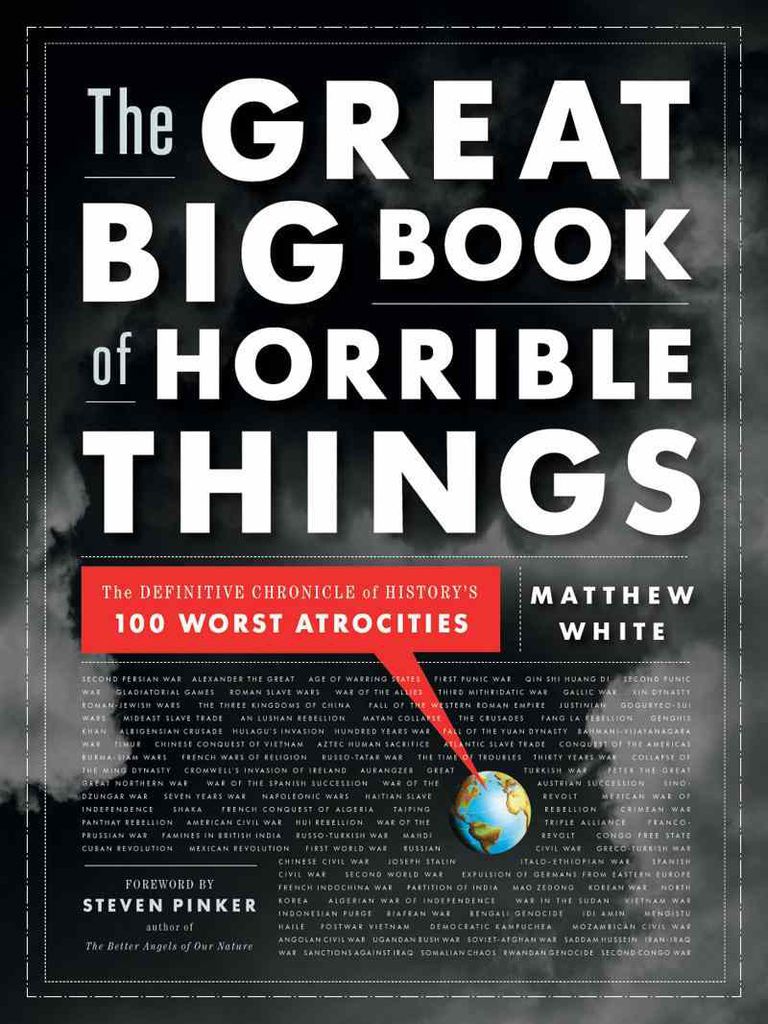 This is a guest post from Steve Randolph. Steve enjoys reading weird science fiction and listening to history-type audiobooks in the car. He likes beer over wine, dogs over cats, and European football over the American kind. He is a lifelong Virginian who says “y’all” without irony.

The Winter Holiday Season is upon us, so, for the vast majority of folks, it’s gift-givin’ time! Since y’all are the cultural types, this is gonna result in a trip to the bookstore… right? So when you eventually succumb to buying your dad/uncle/grandpa/male-in-law something from the history section, here’s what you should look for:

With the Old Breed, E.B. Sledge– World War II, the Greatest Generation, Important book; check all of those boxes. Sledge illegally took notes (in the margins of his Bible!) during his time fighting on Peleliu and Okinawa and damn, is this one of the most bracing things I’ve ever read. His original intent was to distribute the book to friends and family as an antidote to the pop-cultural perception of war as a glorious and noble pursuit, but eventually he was convinced to publish and now it’s considered one of the finest war memoirs ever written. I mean, it’s got its own exhibit at the Marine Corps Museum in Quantico, so you know it’s gotta be legit.

Lies My Teacher Told Me, James Loewen– This would be a pretty sweet book if it were merely a laundry list of all the wrong information about our country we are fed by our schools, but Loewen takes it a few steps further to explain how politics and publishers affect what we learn, why knowing our history is vital to good citizenship, and just how dramatic and interesting a journey we’ve all been on. Great for anti-authoritarian high school students, too!

The Tiger, John Vaillant– Oh, man, do I love this book, and I should really emphasize man, here, because that’s definitely what this book is about: men doing manly things in seriously masculine terrain. Um, I guess it’s about tigers, too. And, well, Russian history, quite a bit of that, and ecology, evolution, colonialism, international trade, anthropology, the collapse of post-Soviet Russia…it’s all that and possibly then some, told through the frame of Hollywood-worthy story of a crazed, man-eating tiger and the SWAT team-cum-park rangers who are trying to stop it before it kills again. Seriously.

The World Without Us, Alan Weisman– The world is moving along, doing its thing, and then…. no more humans. No fiery cataclysm, no supervirus, just nature and all the crap we left behind. Now what? Everything is cool? Pandas procreate and rhinos run rampant? Maybe, maybe not. Weisman travels to places like the Korean DMZ, New York City sewers, and the Great Pacific Garbage Patch in an attempt to understand what a long-lasting impact human civilization will have on the planet- and also how fragile some of our “great works” really are.

Category ID: 13193
Category ID: 479
True Story Newsletter
Sign up for True Story to receive nonfiction news, new releases, and must-read forthcoming titles.
Thank you for signing up! Keep an eye on your inbox.
By signing up you agree to our terms of use

Atlantic, Simon Winchester– Writing a single-volume history of an ocean seems either really stupid or overly-ambitious, but Simon Winchester tacks a slightly different course, instead treating Atlantic as a biography of the “inland sea of Western Civilization.” That’s still a pretty tall order, but not only does Winchester manage to pack in sea-floor expansion, Vineland, hurricanes, the slave trade, the Gulf Stream, cod fishing, u-boats, pollution, and continental drift, he never loses sight the human side, balancing out the grand scope of the ocean’s life with a dry wit, personal anecdotes, and true storyteller’s sense of drama. I highly recommend the audio version, which is read by the Liverpudlian author.

Names on the Land, George R Stewart– The subtitle, A Historical Account of Place-Naming in the United States, pretty much tells you what’s what. If you’re not down, that’s cool, but the ebb and flow of Native American, Spanish, French, and English place names is a pretty fascinating, almost freakonomics-type flip-side to the coin that is American History.

The Great Big Book of Horrible Things, Matthew White– Who would have thought a blow-by-blow account of the nastiest shit we as humans have ever done to each other would be so much fun to read?  Presented chronologically and with an eye for the absurd, White gives entertaining summaries of the major players and causes of history’s hundred worst atrocities- and yes, they’re ranked by body count. This is the one right here.