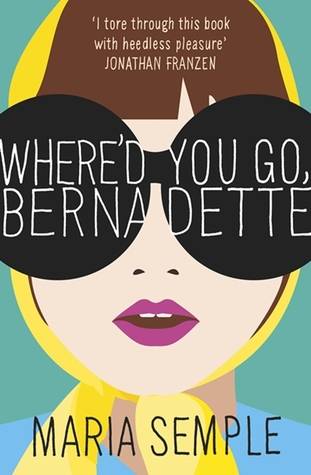 This summer was a killer-good summer for audiobooks. Top-notch fiction turned up to eleven with world-class narration. For you commuters and joggers and people who listen to audiobooks while folding laundry and drying dishes: this list is for you.

Gone Girl by Gillian Flynn– This was easily the “It Book” of the summer- a bone-chilling thriller and a gets-under-your-skin-and-stays-there mystery woven into an account of what is probably the most compelling and complicated fictional marriage since Who’s Afraid of Virginia Woolf?’s George and Martha. The couple in question, Nick and Amy, are played by Kirby Heyborne and Julia Wheylan, who tear up the SCENERY with this audiobook. The tone of this novel is a trickier bugger, equal parts black comedy and Greek tragedy with a healthy heaping of this-is-what-it’s-like-to-be-in-a-modern-marriage thrown in for good measure. Heyborne and Wheylan rise to the challenge, and their performances are things of magnetism and electricity. Halfway through this audiobook, you are going to start listening outside of the car/when you’re not jogging or folding laundry. You’re going to be listening until the book is through, and then you are going to think about going back to the beginning and listening all over again, I promise you this.

Where’d You Go Bernadette? by Maria Semple– First of all, you know you’ve got a gangbuster of a book when Jonathan Franzen comes down from his throne on Mount Olympus to blurb your front cover. My favorite comedy-of-manners novel since, I don’t know, something Jane Austen wrote, maybe, Where’d You Go Bernadette? is a makes-you-laugh-out-loud-and-also-cry-inside story of a modern family being torn apart by success and failure, an epistolary novel told through journals, e-mails, instant messages, and art magazine articles, a story where all the problems lay in Seattle and all the solutions lay in Antarctica. It is just as brilliant and psychotic as it sounds.  Maria Semple hails from the world of television (recent credits include writing for Arrested Development), and the novel has the same  inspired lunacy as the cult show. Narrator Kathleen Wilhoite is actress with a million bajillion IMDb credits, and she ROCKS the CASBAH with this audiobook. Not only does she nail the community of characters with all their specificities and quirks, she aces the free-wheeling and openhearted spirit of the book. It’s under ten hours, and as an audiobook it’s a a great week of driving to/from work, and it’s also a great five-hours-there-and-five-hours-back-long-roadtrip book.

Beautiful Ruins by Jess Walter– Currently half-way through this audiobook. So far, I think this is a well-made and worthy novel. I’m liking but not loving this book to pieces the way I loved Gone Girl and Where’d You Go Bernadette? to pieces, but who I’m loving just as much is narrator Eduardo Ballerini. He is an audiobook god among audiobook men. The novel jumps back and forth in time between mid-century Italy and modern-day Hollywood and Eduardo handles all the different American and Italian characters with mastery and ease. Listening to Eduardo Ballerini read this sweeping romantic saga is like eating an entire store of candy but instead of giving you stomach fat and thigh chub you’re just listening to a really yummily read book while driving home from work. You and your thighs and your stomach all win!