Legions of readers have been waiting for this day for nigh on two years. Justin Cronin’s follow-up to The Passage is here! And it’s not the only exciting release this week. Check ’em. 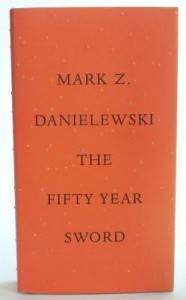 I should confess from the outset that I’m in that shame-faced group of readers who started but never finished House of Leaves, Danielewski’s famously experimental novel about a family that discovers their new house is larger on the inside than it is on the outside. I couldn’t hack it, but that hasn’t stopped me from drooling over this new one.

What’s it about? “A local seamstress named Chintana finds herself responsible for five orphans who are not only captivated by a storyteller’s tale of vengeance but by the long black box he sets before them. As midnight approaches, the box is opened, a fateful dare is made, and the children as well as Chintana come face to face with the consequences of a malice retold and now foretold.”

Intriguing, right? And if that’s not enough, see the incredible book design by Peter Mendelsund in all its glory here. 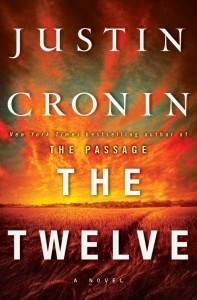 The Twelve, the second book in Justin Cronin’s Passage trilogy, picks up 100 years after the action in the first book ended, and it opens with one the cleverest built-in recaps I’ve ever read. Such is the magic of a writer with literary chops taking on genre fiction. Cronin takes us back and forth in time and all over the United States to fill in the blanks of what happened when the world went viral and how the main characters have managed to survive.

Cronin ties up several loose ends–a bit too neatly, in my opinion–but leaves plenty room for the third and final book to finish the story. Amanda has already said The Twelve “is exactly what the middle book of a trilogy should be.” That may be true, but The Twelve also has some of the problems that middle books in trilogies have with pacing, story filler, and character development. It’s not perfect, and it’s not better than The Passage, but The Twelve is more than sufficient to move the story along and keep readers hungry for the final installment. 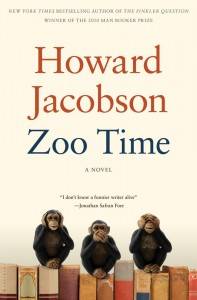 It’s always interesting to see what writers do after they win major literary awards, so I’ll be keeping a close eye on Zoo Time, Howard Jacobson’s first novel since his 2012 Man Booker Prize win for The Finkler Question.

What new releases are you excited about this week?