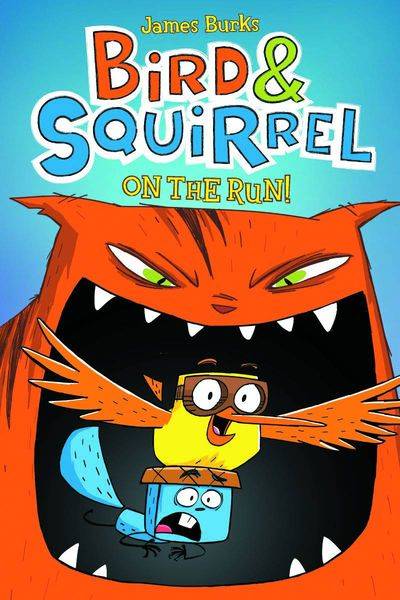 I like to think that the tradition of the road trip is one long unbroken chain from the Odyssey to Camelot’s quest for the Holy Grail to National Lampoon’s Vacation. Not only does it sound scholarly, but it makes me feel fancier about my own cross-country trips, part of a long and valiant tradition of fearless travelers who brave the — well, you get the idea. Whether you’re miles from home, searching for a MacGuffin of Power, or headed to the best theme park in the country, you’re bound to have adventures along the way. Whether dramatic or funny or both, the road trip is an opportunity for a writer to create an entire world and a huge cast of characters for their protagonists to interact with — and for readers to go along for the ride.

There was no shortage of books to choose from, and I really sweated the YA choice in particular (Paper Towns! Jerk California! 13 Little Blue Envelopes! Graceling!). But with MacGuffins and Lampoons in mind, ultimately the choices were clear. Henry Alfred Grummorson wakes up on his sixth birthday determined to have an adventure and vanquish some terrible foes, just like his great-great-great-great-…-grandfather King Arthur! But the “foes” he meets turn out to be friendly rather than fierce. The Dragon just wants to have a smoke ring competition; the Cyclops wants to have a staring contest; the Gryphon has been waiting for a good chess partner; and the Leviathan … well, I don’t want to give it all away, you’ll have to find out on your own. Suffice to say that Henry’s journey is an epic quest that takes him from the countryside to the mountains to the sea and beyond, with gorgeous art and a story that will give you both the giggles and the warm fuzzies.

Category ID: 477
Category ID: 13193
Category ID: 468
What’s Up in YA? Newsletter
Sign up for What's Up In YA? to receive all things young adult literature.
Thank you for signing up! Keep an eye on your inbox.
By signing up you agree to our terms of use Despite Squirrel’s timid nature (“I don’t like to travel. New things give me stomachaches.”), he’s forced from his tree by the loss of his hoard and the pernicious attentions of the feared Cat. And with a traveling companion like the reckless and carefree Bird, who needs enemies! Will Bird get himself into trouble too deep to fly out of? Will Squirrel ever stop hiding at every noise and finally take off his acorn helmet? And that Cat looks like it might be catching up… Bird and Squirrel head South for the winter, have many adventures, and develop a theme song (!) along the way. If you’re anything like me, you’ll cheer for the landmarks you recognize and fall completely in love with the quirky, beautifully colored art. Cameron is your average teenager — foul-mouthed, slacking at school, tired of his parents and sister. That is, until he starts seeing fire giants, is diagnosed with Creutzfeldt-Jakob’s disease (known more commonly as the human form of mad cow disease), starts seeing fire giants, and is being followed around by a cryptic, punk-ass angel sporting pink hair and combat boots. Cameron’s quest to save himself and the world takes him and his companion, the hypochondriac dwarf Gonzo, from Texas to New Orleans (because no road trip is truly complete without a bit of The Big Easy) to strange cult compounds and on and on. Clever, funny, thoughtful and action-packed, Going Bovine is a winning combination of the epic, the hijinks-ensue, and the personal journey.