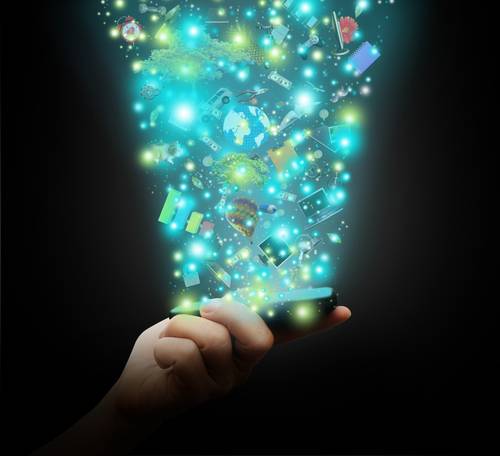 In this installment of our new feature, we talk about the bookstore of the future with…a futurist. David Houle is a strategist and keynote speaker who is consistently ranked as one of the top futurists and futurist keynote speakers on the major search engines. Houle spent more than 20 years in media and entertainment. He has worked at NBC, CBS and was part of the senior executive team that launched MTV, Nickelodeon, VH1 and CNN Headline News, as well as helping to create A&E series Investigative Reports and American Justice, both with Bill Kurtis.

He writes the highly regarded futurist blog Evolution Shift with the tag line “A Future Look At Today.” For those of you on Twitter, his user name is @evolutionshift, which is also the name of his YouTube channel. He publishes the free Shift Age Newsletter.  In February 2010 Houle became a featured contributor on Oprah.com.

He has been speaking about the future for 7 years and his influential first book The Shift Age was published in 2008. His second book, Shift Ed: A Call to Action for Transforming K-12 Education, written with Jeff Cobb, was published in March 2011. His new book, The New Health Age: The Future of Health Care in America, co-authored with Jonathan Fleece, was just published by Sourcebooks in January 2012. His next book, Entering the Shift Age will be published by Sourcebooks in the fall of 2012. Houle is Futurist in Residence and Faculty member at the Ringling College of Art + Design in Sarasota, Florida.

We are going through one of the most transformative times in human history. We have entered a new century, we are entering a new age, the Shift Age, and we are in a new decade, the Transformation Decade. This means that all the ideas, concepts, and definition of words used in the last century, the last age, and the prior decade are undergoing incredible change, and the rate of change is increasing.

The dictionary definition of transformation is “a change in nature, shape, character or form.” That is why on 01-01-10 – interesting digital date – I chose that name for this decade, as most of humanity’s institutions will change their nature, shape, character, and form. Simply think of the definition of the word “book “ as it existed in 2000 and as it exists now to see how the words we use may remain the same but mean different and new things. So too with the word “bookstore.” To those of us who love books, the bookstore is an institution of great import. Yet the word bookstore will mean something quite different in the years ahead than it did and does today. The bookstore is and will be changing its nature, shape, character, and form.

In the United States, the majority of books purchased in 2015 will be digital and read on screens. Whether that number will be 60%, 70%, or higher, the majority of new books will be digital. We also know that the hardware part of technology gets ever cheaper, so by this year, the profit margins in selling devices will have disappeared so the profit and the focus will be on the software: books. Lots of floor space for selling devices will be over. The hardware will be thrown in with a certain sized content purchase. This means that the bookstore in 2015 will be smaller, more efficient, and more cross-purposed than it is today. The bookstore may even become a subset of another kind of store

The perception of books as physical objects will continue to morph. 2015 will be the time when two things happen in this regard.

First, the majority of books that people read will be digital, but the books that have emotional significance, that have a personal meaning, will be physical. I may have Alvin Toffler’s and Marshall McLuhan’s books digitally, but I also have them in physical form. They helped shape my identity and my thinking in years past, so they are personal legacy. It is nice to hold onto one’s legacy.

Second, physical books will take on a sense of provenance. The provenance of having read this copy of a Kerouac novel in my 20s [$.95 ] that I have moved with me all these years, or the provenance of an actual book that a loved one or an admired person had owned. If there was a store that sold Dr. McLuhan’s book collection, I would buy a book because he owned it.

These two trends, I think, suggest that the “used book store” will be ascendant. Used and collectible will merge. New books will be largely digital, but used books will become a much larger percentage of physical books sold than today. This may point to “verticals” in bricks and mortar bookstores. A science fiction bookstore that has a vast amount of used books and a POD machine for the titles they don’t have. The used book space may take up 75% of the retail space with the POD technology next to the café.

In 2020, the vast majority of all content purchases will be made and consumed via devices. New books will be almost entirely digital. The physical bookstore will be rarer, more custom, more vertical, with a higher percentage of used to new and will be a place to come to feel and interact with used books. They will be places to go to “find” a book, rather than make a spontaneous purchase. Devices will provide more convenient spontaneity.

The bookstore in 2020 will become a dedicated place for the preservation, purchase, and sharing of the physical book. These books may have been printed years, if not decades, earlier. Essentially, the bookstore in 2020 will sell the print legacy of the book “as it used to be.” They will be places of high emotional interaction and identity, no longer just places of commerce selling the latest titles.

[Note: David Houle is writing his next book Entering the Shift Age using the Agile Publishing Model with Sourcebooks. You can participate here. You can find out more information about David Houle here.]