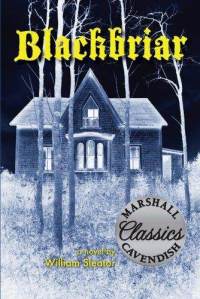 Mrs. Mullins had thin, curly white hair. It looked like she was growing dandelion fluff on her head. If we blew on her, she would have probably gone bald.

Mrs. Mullins loved books and poetry. When we were in sixth grade, she made us do something called choral reading, which until a few seconds ago I was pretty sure she made up. She would hand out mimeographed pages of Shel Silverstein’s poetry and we’d read it aloud, chorally. We worked on 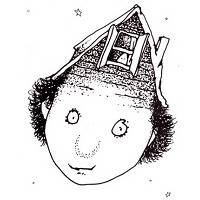 I loved choral reading. It was the most fun thing ever. Once, when Mrs. Mullins had to leave the room, we were left with “Ations” and we were told to practice our reading. Joy G. sat on top of her desk and read the poem, “And if I say this is a wonderful poem, is that exaggeration?” Her voice dripped sarcasm, she rolled her eyes, and finished off her recitation with a gag.

My cheeks burned with shock and shame. First, I couldn’t believe she’d been so vocal about her opinion of choral reading, especially a contrary opinion. I waited for swift retribution to rain down upon her. She had expressed an opinion that differed from the adult’s and nothing was happening. Granted, the adult wasn’t in the room at the moment but they usually had a way of finding out. Nobody told her to be quiet or that she was too big for her britches. There was no yelling or hitting. Amazing.

Second, I was ashamed by how much I loved choral reading. When Joy and her friends made it clear choral reading was totally lame, I nodded along, but said a secret apology to Mrs. Mullins.

The best thing about choral reading was that when it was over, we’d all settle back into our desks and Mrs. Mullins would read Blackbriar. This was another unpopular activity. We were in sixth grade and having a book read out loud to you was for babies. We were not babies, we were practically in junior high.

I have no idea why she chose to read Blackbriar out loud. But it didn’t take long for us to become wholly captivated by the book. It involved creepy things called tumuli, a door carved with names and dates, and a black cat (of course). It was the scariest book ever. Even in the fluorescent-lit classroom surrounded by twenty other kids, we would collectively hold our breath while she read. It was terrifying and the suspense often made one of us gasp.

Mrs. Mullins reading that book out loud to us is still one of my favorite reading memories of all time. I’ve gone to tons of author readings, taken writing classes, attended poetry slams, and I don’t think there was ever a more attentive audience than that room full of sixth graders.