Last week, Edd dreamed about Cormac McCarthy writing the next installment of the James Bond series. Then this week, Greg imagined 5 works of fan fiction that he would rush out to buy. Now, I’m going to go meta and mash-up these mash-ups.  So here are ten works that I would like to see someone else’s take on. 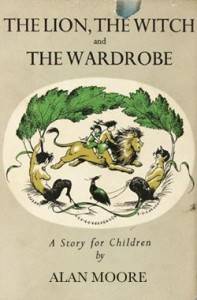 1. The Chronicles of Narnia by Alan Moore

Narnia is a rich, beautiful, deep world, but the stories are convoluted, urgent and forgettable. Alan Moore has shown that he can take the kernels of pre-existing characters and ideas and make them transcendent (From Hell, Watchmen, The League of Extraordinary Gentlemen). I have a feeling a Narnia series of comics with Moore at the helm would be breathtaking. I am genuinely sad this doesn’t exist.

2. Harry Potter and The Sorceror’s Stone by Charles Dickens

There’s already a certain Dickensian quality to Harry Potter: orphans, boarding school, funny names. Rowling creates memorable characters, but Dickens creates distinct, and totemic figures. Harry himself could use more definition and character, as could many of the secondary characters. Much of this happens through dialogue in Dickens, which is a shortcoming of much of Harry Potter, especially the earlier books.

2. The Lord of the Rings by Homer

Tolkien was a classicist and drew on the mythic traditions of many Western cultures, especially Norse mythology. It would be amazing to see his world rendered in the style, language, and morality of one of those traditions. In ancient Greece, Frodo’s self-reliance and commitment to friendship would be strengthened, as would the role of the supernatural. Fight scenes never seemed to me to be especially well-rendered in Middle-Earth, and that’s one area where Homer would bring the pain. 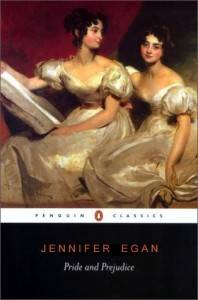 3. Pride and Prejudice by Jennifer Egan

Huge fan of P & P, but I have one gripe: many of the secondary characters are entertaining, but painfully flat. Mrs. Bennett, Mr. Collins, Lady de Bourgh, and so on, have roles, but not much depth. Channeling some of the time and point-of-view juggling she pulled off in A Visit from the Goon Squad, Egan could work wonders with these conflicted and complex characters we already know and love (or love to hate). Yes, there would be less Lizzy and Darcy, but it’s not like we don’t already have 9,867,234 versions of that story.

Action. Betrayal. Loyalty. Courage. Political intrigue. Is there anyone better than Dumas at this stuff? I don’t think there is. He knows how to do swash-buckling, epic romance as well as anyone, and that galaxy far, far, away could use his narrative clarity.

5.  The Da Vinci Code by Pixar

Pixar is good at a lot of things, but the real rabbit in their hat is the ability to get us to believe absurd premises. If they can pull of cooking rats and sentient toys, surely then they would be able to mitigate the core silliness of The Da Vinci Code. The other quality Pixar brings is balance: the sentimentality of the films are tempered with humor, something Langdon and company are screaming for.

It’s become cool to hate on Franzen recently, and I understand why. Still, I think The Corrections and Freedom are damn fine social novels. There are three areas, though, I think could be improved in them, and Austen can address all three: their deadly seriousness, heavy-handed social criticism, and problematic portrayals of women. Austen is an obvious answer to the first and third problem, but she’s underrated as a social critic. Substitute wealth for success and marriage for contentment, and the overlap between Franzen and Austen is significant. Austen would also be forced to deal with something new: a central relationship between a couple who have been together for many decades. We get a little of that in Austen, but only in the sidelights. What would she do with the guilt, silences, understandings, and blindnesses that accrue over time?

Simple reason: The Song of Ice and Fire series would have been completed in 2003 if Oates were at the helm. 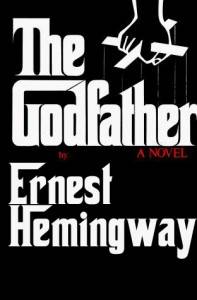 8.  The Godfather by Ernest Hemingway

We’re talking book, not film, here. I read The Godfather long after seeing the films in the hope that they would complement each other, but the book read more like a novelization to me; the film is just so much better. I still want to read a great novel with Michael Corleone at the center and it occurs to me that one of the things that makes The Godfather so damn good is how rewatchable it is. There are long shots and scenes where little is said, but much is intimated, implied, and unsaid. The moments of action are then all the more potent for being spread out between long stretches of principally psychological story that is sustained by curt, inventive dialogue. Sound like anybody you know?

9. The Adventures of Huckleberry Finn by Toni Morrison

I’d love to see a Morrisonian take on Huck both for what I think she would do and for what I have no idea she would do. I think Morrison would definitely give Jim’s story menace; in order to keep Huck Finn essentially comic, Twain has to keep the very real and grim possibilities for Jim in the background. I’m actually more interested in what Morrison would do with Huck. In A Mercy, she gives us a glimpse of how she would handle a morally complicated white protagonist, but what would she do with the ingenuous, scheming, and courageous Huck? I don’t know, but it would be fascinating.

I’m still waiting on a great X-Men movie. X-Men 2 was pretty good, but so much of it took place in cramped quarters that the children of the atom never got to really show their stuff. Collins’ tactic in The Hunger Games was as simple as it was effective: put a bunch of people who have to kill each other in an open, yet bounded, space and let things develop. Throw in a compelling love triangle (Wolverine/Jean Grey/Cyclops anybody?) and you’ve got yourself a winner. Collins also used the “separated from their loved ones” strategy to good effect, but the X-Men’s place in society is even more troubled. Their exiled-yet-defending position adds a layer of complexity that The Hunger Games lacks, adding of moral complexity to the reductive “fight the man” imperative in The Hunger Games.

That’s what I’ve got. What do you think? Got any other ideas?

Sign up to Unusual Suspects to receive news and recommendations for mystery/thriller readers.
Thank you for signing up! Keep an eye on your inbox.
By signing up you agree to our Terms of Service
#Fiction#Young Adult Literature