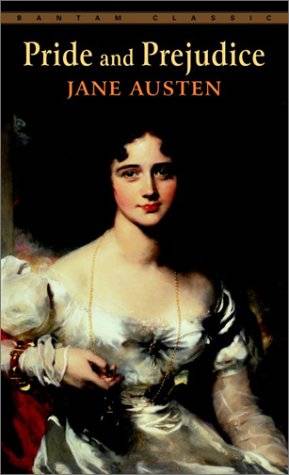 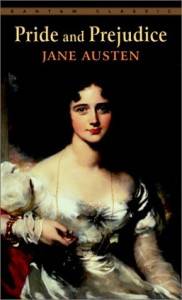 Every time a reviewer exclaims that Popular Modern Writer is the new Popular Classic Writer, you can almost feel the earth wobbling on its axis from all the cringing. Sure, such analogies are basically a lazy way to describe a writer’s work (both the contemporary and the classic), and they usually only work on the most cursory level…but I dig ’em! Such comparisons are fun to think about, aren’t they?

To me, they work in the same vein as “If you like X, then you’ll probably like Y.” And since recommendations are the backbone of the bookish social community, what’s wrong with thinking about the modern in terms of the classic?

What’s more, and now to the heart of the matter, such comparisons can demystify the classics to readers who may have been terrified that they’re stuffy and boring. So, if you have a classics-averse reader in your recommendations purview, here are a few suggestions for modern—>classics comparisons.

If you’re a Richard Russo fan, Charles Dickens is your man — The fact that Russo is a big Dickens fan makes this comparison a lot easier. But in terms of content, both novelists write tales dissecting the life of the lower crust of society. And they’re both awesome.

If you’re a Twihard, check out Jane Austen — Tawdry love triangles, anyone? Austen’s classic Pride and Prejudice is often cited as the best literary love triangle story of all time, but her Mansfield Park includes a doozy as well.

If you like Nathan Englander, you’ll probably enjoy Saul Bellow — Maybe a bit of deep cut for the casual reader here, but I get the sense that many younger readers are afraid of Bellow. I’m not sure why that is. So, my advice is to try Nathan Englander first (especially his latest collection titled What We Talk About When We Talk About Anne Frank), and if you like him, you’ll also like Bellow. (And here’s a tip: They’re both freakin’ awesome!)

If you loved The Hunger Games, then you’re remiss if you haven’t yet read Margaret Atwood — Atwood isn’t exactly “classic literature,” like these others, but she will be in time, I’d bet. The strong female characters navigating Orwellian dystopias tie these two writers together. Atwood is smooth and easy to read, and so YA readers will have no problem digesting her frightening tales of the future, like The Handmaid’s Tale, Oryx and Crake, and The Year of the Flood.

Category ID: 473
Category ID: 468
What’s Up in YA? Newsletter
Sign up for What's Up In YA? to receive all things young adult literature.
Thank you for signing up! Keep an eye on your inbox.
By signing up you agree to our terms of use

If The Help made you feel ALL THE FEELINGS, so will Toni Morrison —  The Help’s treatment of race relations is fascinating, but it doesn’t plumb the same depths as much of Morrison’s work, so this is by no means meant to be an accurate comparison. But if The Help was intriguing to you, Ms. Morrison’s work will blow you away. Beloved is, simply put, one of the best novels of the 20th century. And if you’ve never read Morrison, now’s a great time to check out her back titles (as our Book Riot MC Rebecca is doing) because she has a new novel coming out May 8. And we’ll be celebrating.

What would be on your contemporary to classics comparison list?