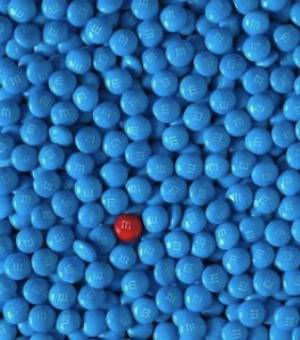 I have not read The Hunger Games. I haven’t read any of the Harry Potter books, either. I’m completely okay with that. My life seems to be progressing despite this egregious oversight. However, the millions of rabid fans of both series are not okay with that. Not at all.

Perhaps there’s some sort of commission for converting everyone on the planet into readers of the Hunger Games trilogy that I’m not aware of. Is there an all-expenses-paid trip to Dollywood in it for the winner with the most conversions? Cash bonus? Lifetime supply of Rice-A-Roni?

At least once a week, I run into someone who believes it is their mission to extol the many virtues of the series and convince me that I am, in fact, missing out on the best book to ever happen to the people of Earth. These readers are not unlike Star Wars fans who cannot believe I’ve never seen any of those movies.

I do have to confess that a part of me is always thrilled when people love a book so much they cannot resist talking about it. I am, after all, a booknerd, and I get off when people love books, even those books that aren’t my cup of tea. Anytime anyone anywhere talks about a book they have loved, rainbows shoot from my eyes and my heart glows in my chest. It’s true, I turn into a walking, talking Lisa Frank drawing.

But seriously, Hunger Games fanatics, enough. It’s not as though I’ve spent the past four years in the woods disconnected from all forms of media. I’ve heard of the books (and now the wildly popular movie) and I have chosen not to read them.

First of all, dystopia is not my thing.

Second of all, I have a firm (and quite possibly misguided) belief that anything that gains so much popularity is bound to be disappointing. Think about it: to appeal to such a broad audience – people of different ages and backgrounds — the story has to be kind of watered down, vague, a little generic, or something familiar, something that’s been done before. Millions of people don’t like the same thing unless it’s safe, secure, and inoffensive to anyone. I think the same holds true for movies and TV, too. This is why nothing makes me run screaming from a book like seeing the words “New York Times Best Seller.” Egads!

Finally, it’s just a no-win situation. I could read the books, love them, and then have to listen to everyone’s “I told you so’s” until I die from bitterness. Or I make the Twilight mistake where I read the book, hate it with the kind of passion that cannot be denied, and then become the kind of asshole who cannot shut up about how awful the book is. (Make no mistake, I am totally that kind of asshole. Ask me about The Road sometime.)

So instead, I go the lonely route. I choose to be the reader who eschews the ridiculously popular book, smiles wanly (through the rainbows and heart glowing), and listens patiently as someone tells me for the 871,193rd time how fabulous The Hunger Games is.