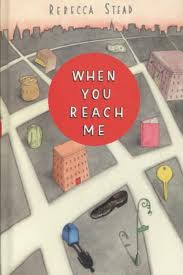 Miranda, a smart, independent 12-year-old, lives in New York with her mother. She and her best friend Sal know everything there is to know about their neighborhood. Life is ordinary for Miranda, until she begins receiving strange letters about events that haven’t happened yet and Sal stops talking to her at all. The first mysterious note says: I am coming to save your friend’s life, and my own. I must ask two favors: first you must write me a letter. So begins Rebecca Stead’s fabulous When You Reach Me.

If you’re anything like me, you grew up with A Wrinkle in Time and the rest of Madeleine L’Engle’s novels. When You Reach Me is a novel that evokes the magic of A Wrinkle in Time while still standing on its own as an original story for readers of all ages. I completely fell in love with Miranda and her story and I think you will too, especially if you loved A Wrinkle in Time as much as I did. If you aren’t an avid reader of Young Adult, you probably haven’t ventured into the Middle Grade section of your library or bookstore either, but you’re missing out! There are some seriously beautiful, well-written books that are sold as Middle Grade fiction and When You Reach Me is my favorite place to start. 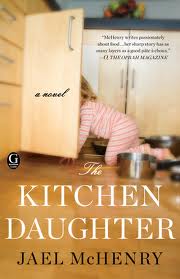 The Kitchen Daughter by Jael McHenry

When her parents suddenly die, Ginny Selvaggio must endure a lot that she usually avoids: strong feelings of grief, an overbearing sister, a crowd of people at her parents’ funeral that make her extremely uncomfortable. The only thing that seems to make her feel better is cooking, but when she begins cooking old family recipes, something strange happens. As soon as the smells of her Nonna’s soup fill the kitchen, Nonna appears. She quickly disappears, but not before she cryptically warns Ginny to “not let her….” Ginny’s mysterious power is confusing, but so are her relationships with people she always thought she knew and understood. Ginny soon learns how fast everything can change.

I loved Jael McHenry’s debut The Kitchen Daughter and I think if you’re a fan of When You Reach Me orMarcelo in the Real World, a novel previously featured on Crossover Appeal, you’ll love The Kitchen Daughter. Though it is never directly named, Ginny shows traditional signs of Asperger’s and she is a refreshing main character. I think McHenry did a beautiful job portraying it and also maintained the supernatural elements of the story without it getting cheesy, well at least most of the time. The descriptions of cooking and food are brilliant and the relationships in this novel are spot-on. If you’re not careful, your descriptions of this novel could veer into the supernatural romance category, but The Kitchen Daughter surpasses all the tropes of this saturated genre to be a touching story of love and family.

Sign up for What's Up In YA? to receive all things young adult literature.
Thank you for signing up! Keep an eye on your inbox.
By signing up you agree to our Terms of Service
#Young Adult Literature#jael mchenry#rebecca stead#the kitchen daughter#when you reach me#YA#young adult