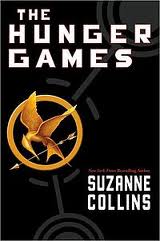 We are living in a golden age of film adaptations of beloved book series: in the last 15 years, we’ve been lucky enough to see classic cycles turned into faithful, beautiful, and largely well-received movie franchises.

So here’s the question on many readers’ minds: Will The Hunger Games movies join The Lord of the Rings, Harry Potter, and The Chronicles of Narnia as versions of the books that fans can love?

Emotions and interest are running too high to limit this particular Confidence Index to one writer, so I’m asking for your input: How would you rate your confidence in the upcoming film adaptation? (Remember 10 means you think it’s a mortal lock to be awesome. 1 means watching it will be the equivalent of having a frontal lobotomy).

I’ve embedded the most recent trailer below, but I also thought you might be interested to hear a little more about the guy most responsible for the movie’s success or failure.

I didn’t know Gary Ross by name before doing a little IMDB-ing, but I have reasons to trust Gary Ross. First, he wrote one of the perfect 1980s movies: Big. Second, he’s handled a major adaptation before as the screenwriter and director of Seabiscuit. And finally, his original screenplay and direction of Pleasantville was executed at near Pixar-level mastery. The Hunger Games is markedly different than any of these, but that’s a pretty good demonstration of range.

Alright, here’s the trailer. Be sure to leave your Confidence Index rating in the comments (and a brief explanation if you feel so inclined).