Spooky October is drawing to its Spooky End. Which means we have to wrap up our Spooky Reads with a Spooky Bang. Spooky Yes!

For my last Spooky Reads entry, I wanted to turn attention away from the supernaturally scary and over to the this-could-potentially-happen-in-real-life-which-makes-it-all-the-more-spooky scary.

Below, some of my favorite recent reads that I would, in a heart beat, pass along to my dear old friend Alfred if he were still alive and looking for something super-great to read while enjoying Kraft Services on the set of his latest movie: THE 39 PSYCHO VERTIGO-INDUCING STEPS WITH THE BIRDS FLYING OVERHEAD IN A NORTH BY NORTHWEST-ERLY DIRECTION. 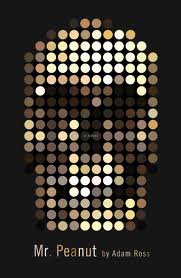 After hearing so many of my favorite reading friends go crazy-nuts over this book (including some of my most trusted recommenders, the team behind the Bookrageous podcast) I gave this book a go. You have to read a book if everyone you like loves it. That’s just Recommendation Physics.

The novel revolves around the investigation into the death of Alice Pepin, a woman whose untimely end (anaphylactic shock via peanut found lodged in her throat) may have been a suicide, or may have been the work of her husband, quiet computer programmer David Pepin.

The two detectives investigating the case, as it turns out, are no strangers to creepy marriages. One detective, Ward Hastroll dreams of murdering his wife who has not gotten out of bed for five months. The other, Sam Sheppard, is a character Adam Ross lifted out of history and clicked into his fiction. In real life, Sheppard was the defendant in a landmark case wherein he was exonerated for the 1954 murder of his wife, Marilyn, and in Ross’ story, we see the same character dealing with the aftermath of this tragedy in the 21st century.

Ross uses M.C. Escher and my best friend forever Alfred Hitchcock as motifs and indeed this puzzle-box of a story that explores the darkest corners of marriage manages to capture the twisty-turny-terrificness of Escher’s prints and Hitchcock’s plots. If you want a literary novel that’s first-to-last-page engaging, or a thriller that’s not a crappy paperback you pick up at the grocery market turnstile, look no further, Mr. Peanut is your jam. 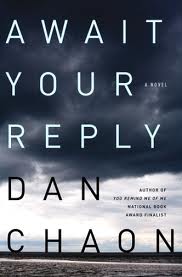 Await Your Reply by Dan Chaon

In Await Your Reply, Chaon weaves three seemingly separate stories together: a college kid who finds out that an identity thief is his father and joins him in his criminal pursuits, an isolated man in his thirties searching for his paranoid-schizophrenic identical twin, and a high school girl who runs off with her charismatic high school history teacher.

The three stories, individually compelling, slam together as the novel races to its finish line to create one take-your-breath-away-for-a-full-eight-seconds ending.

I gasped at this ending. It’s true. I did. And I NEVER gasp at books. I gasp when the car behind me looks like it’s about to crash into my back bumper or when I semi-lose my balance and almost trip down my apartment stairs. Not when I’m reading something in a book. Except this book, because that’s just the kind of messing-with-your-respiratory-system story this is. Get it did!